By Remington Fioraso on May 26, 2016@https://twitter.com/RemingtonFD 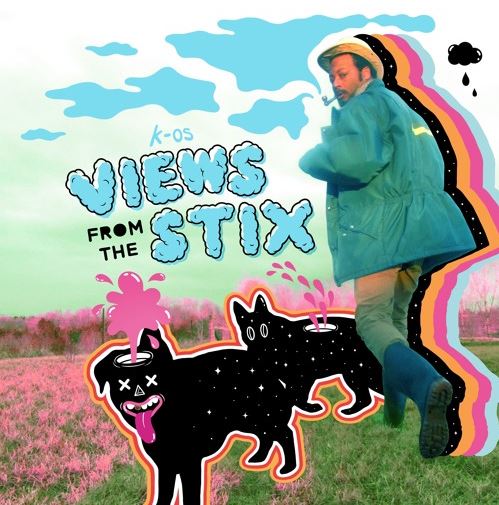 K-os is a Juno-award winning hip-hop artist, songwriter, and producer from Toronto, Ontario.  On May 19, 2016, the artist released his latest album, a second mixtape, entitled Views from the Stix through Soundcloud.  The mixtape contains fifteen tracks that were composed over the period of three weeks.

While listening to Views from the Stix, I had difficulty really getting into the album. Although I found several tracks like “Same Ol Purple Drink,” “The Amazing Kreskin,” and “Golden Vox – 21st Century Schizoid Boi” good because of the lyrical/instrumental content, others were not as strong. The strength on the album to me was not the quality of the music itself.  The track listing contains freestyle lyrics performed over demo tracks that are largely based on experimentation which I felt was the mixtape’s greatest attribution.  I enjoyed listening to a less commercialized album featuring tracks that were not the same as ones I had heard previously.  It is a breath of fresh air.

As a casual listener of K-os, it was not my favourite release that I have heard by him.  However, Views from the Stix will satisfy fans of the artist.