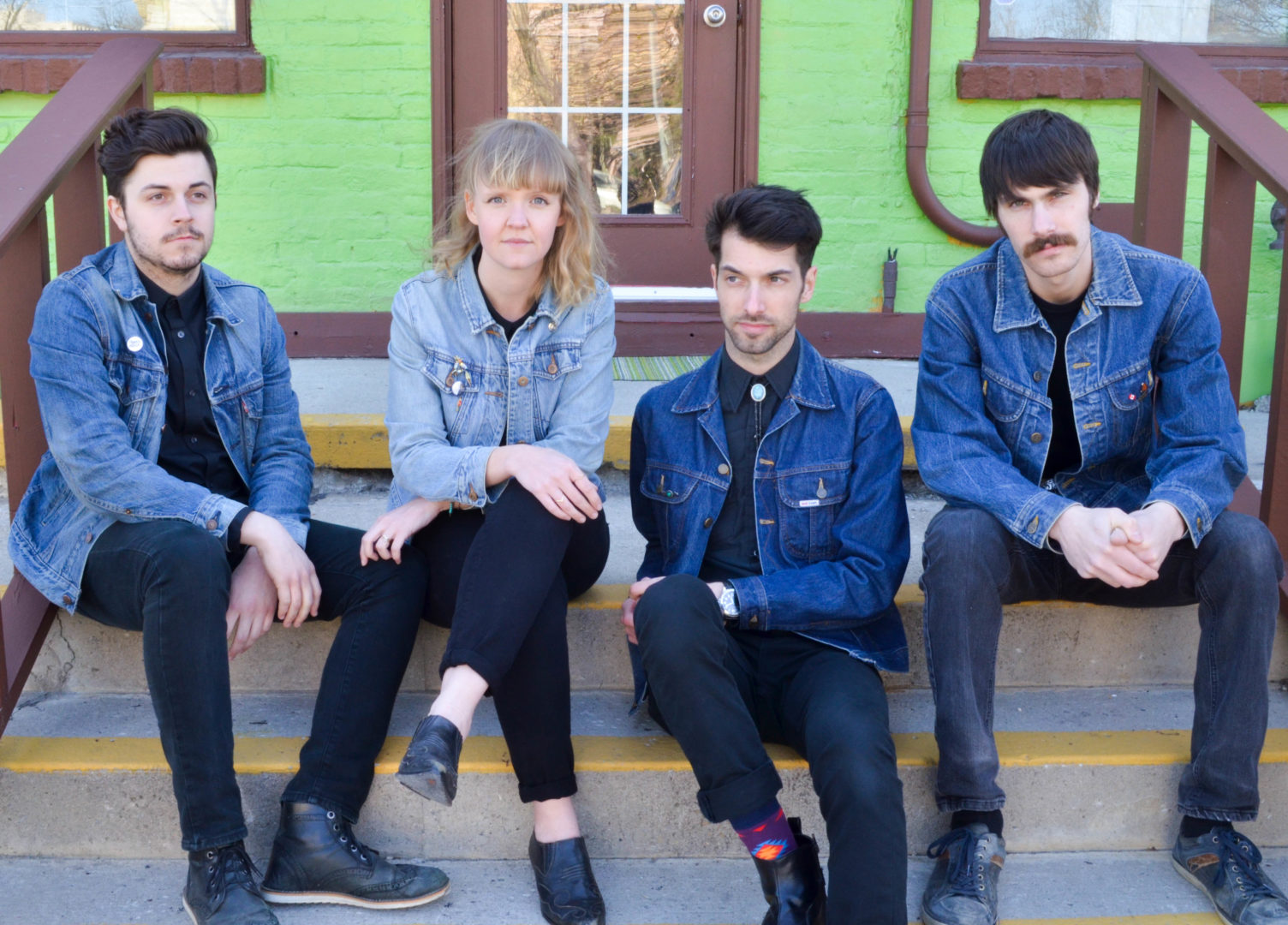 I recently had the chance to have a chat with Ontario based rock band, Run Coyote about their new video, their tour and so much more. Be sure to check out the interview below, as well as watch the video for “Wreck of Man”, and if you like what you hear, check the tour dates at the bottom of the interview, there may just be one close by!

My name is Sam, I play guitar and sing in Run Coyote. We’re a twangy rock’n’roll band from Southwestern Ontario.

Tell us a bit about how you met and formed Run Coyote.

Jake and I are brothers and grew up in London, ON. Amanda and I met at university in London where we were both studying media studies. We met Jeremy when we moved to Kitchener for work – he’s one of the family now.

You released your album “Youth Haunts” in 2014 how was the response from the album?

We’re really happy with the response from listeners and grateful for their support. We’ve had a lot of fun touring the album across the country and sharing it with people.

You are heading on tour, starting on May 20 in London, ON and ending June 4 in Kingston, ON, what can someone who has yet to see you live expect from a live show?

I have a lot of fun with our live show. It’s my favourite part of being a musician— performing for an audience. I think we bring more energy to the songs live and we change up the arrangements a bit, so that might be interesting if you know the record. There’s also more of a western twang in the live set, which I enjoy.

You will be playing favourites from Youth Haunts, and also debuting new material, is there a new album in the works?

Yes! We’ve begun recording our next album and will be playing new songs at all of our upcoming shows. We’re really excited about it. The new songs have more of an alt-western feel and mostly deal with stories based on themes, like mini-movies. We have one about a kind of femme fatale villain and her relationship to the private eye who is trying to track her down. It’s told from her perspective and the song sides with her as a kind of anti-hero.

What stop on the tour are you most looking forward to?

There’s not one in particular, but I’m looking forward to seeing friends we’ve made on previous tours and meeting new people and playing music for them. I also love to travel, so I’m excited to see a large part of the country and visit the Atlantic Ocean again.

You just released a brand new video for “Wreck of a Man”, which was filmed in Peru, what was that experience like?

Amanda’s cousin, Colin, is living in Lima, Peru and has been sharing his adventures in South America with us. He was shooting some really cool footage and we asked if he’d like to collaborate on a music video together. He sent us really dynamic shots that place the viewer right on the surf board with him—the ocean splashing and bubbling over the camera. It was really fun editing together the shots to our music. I spent a month on and off at the Kitchener Public Library working on the edits.

The highlights for me were initially seeing what cool shots Colin had captured, from the nose of his surf board, and then discovering how well those matched up with our music.

What’s up next for Run Coyote?

After this spring tour we’ll have more Canadian tour dates in the summer. We’ll also be continuing to work on our next album. If you’re interested, you can follow along with the recording process with us on Facebook, Instagram, and Snapchat.

It’s a tie between Andy Shauf (new album is amazing!), Ought, The Weather Station, and Timber Timbre.

The first show I went to with my friends (might be my first ever) was Our Lady Peace, the first concert held at the John Labatt Centre in London. I think my first show at a bar/club was Death From Above at Call the Office. The first CD I bought with my own money was the live Blink 182 album.

One of my current favourites is a rice bowl with sweet potato and broccoli, so I’d go with that. Or spaghetti and meat balls, my classic fall back. But! If there were a lot of you, I’d go with homemade pizza. We’ve been making a lot of pizza lately and it’s so good!

My favourite summer activity would be going up north to either Lake Huron or Georgian Bay along the Bruce Peninsula.

“Bendy-Flexi Spider-Man” – a Spider-Man action figure with multiple joints to make him as flexible as the real thing!

Most people are surprised to learn that I played hockey. I think it’s because I’m pretty scrawny and some people draw a line between sports and arts, but we do both in my family. I was a goalie.

Thank you for listening, and come hang out at our shows.