It all started with over 2,000 Searchlight submissions from across Canada, and now it’s been narrowed down to four finalists. We are pleased to say we’ve had the chance to speak to all four via email interviews and now it’s time to present them to you! Today, let’s get to know more about Caledon, ON based Andi, and Cornwall, PEI based Dylan Menzie, and be sure to come back tomorrow to see what Desiree Dawson & Teo Milea are up to. 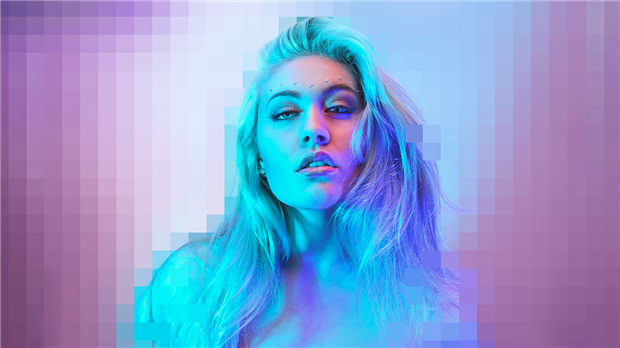 Well, I’m a 21 year old Canadian singer, songwriter, producer and recording artist. My musical style draws from many different genres. I often blend modern sounds of pop, electronic, alternative, and rock influences with elements of RnB, jazz, and soul. It’s a bit of an eclectic mix, but I think it makes for energetic, diverse soundscapes and catchy choruses that hit hard. I often describe my music as progressive/alternative pop, but I am open to an evolving sense of musical identity and collaboration. I’m also very passionately involved in the creation of all visuals associated with my music.

How does it feel to be in the top 4 of such a prestigious competition, narrowed down from over 2000 entrants?

I feel very honored to have made a mark in the competition at all, let alone my position in the top 4! I’m very excited, especially now that I can look back and feel like I’ve made the best of this opportunity!

What advice would you give future entrants to the Searchlight competition?

To know yourself – and by that I mean, to be aware of how you present yourself and how you want to be perceived. Once you know yourself, be true to yourself. I also think it’s important to take advantage of every opportunity the competition presents you with. There are so many talented individuals bringing this show together from the judges to behind the scenes, and they have some serious wisdom to offer. And don’t forget to have fun!

What has been the highlight of being a part of Searchlight?

It was definitely special to have played this gig with all of my band members, meet talent from all over the country, and share my music with the nation. Searchlight has happened so fast, I almost feel like it makes more sense to call the whole experience a collective highlight in my music career.

Getting right back to work, in the studio and on the stage! When Searchlight first called me, I was in the middle of booking gigs for this summer, and I have plans for organizing some independent music/art experiences in Toronto. Along with that I’ll be writing and producing for my next album, seeking out a few collaborations, and creating tracks for other artists. I can’t wait to get started! 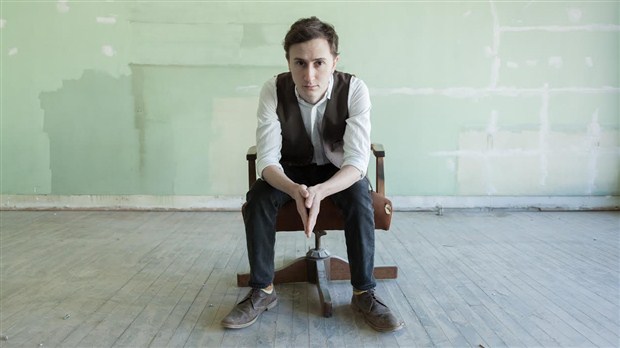 I grew in a small community on the east end of Prince Edward Island called Belle River. All in all it’s basically just a road that a few of my family members live on. For a long time it felt like very secluded part of the world, we could only get dial-up internet until about 2010 so playing music always seemed like a better option than listening to that annoying dial-tone. I’m a pretty huge board game geek, right now I’d say my favourite game is Blood Rage. Each player controls a tribe of vikings and you’re trying to die glorious deaths before Ragnorok hits. I like board games for the social aspect of them, they’re a great way to break the ice meeting new people. You can tell a lot about a person in that kind of situation. Are they aggressive or passive? Are they a cheater? Will they make jokes during the game? Depending on the game you can even examine the way they lie or IF they lie when given the option. I don’t know of a lot of things that are like that.

How does it feel to be in the top 4 of such a prestigious competition, narrowed down from over 2000 entrants?

It feels amazing and, to be honest, hard to put into words. The amount of talent in the competition blew me away and to be recognized, not only by my peers, but by the judges as one of four in the country is pretty unbelievable.

What advice would you give future entrants to the Searchlight competition?

My advice would be simple – dream big and take advantage of every single opportunity that comes your way! You just never know what will happen!

What has been the highlight of being a part of Searchlight?

There have been so many highlights but there are two that really stand out. First, the amazing people we’ve met this week including the incredible team at CBC and my fellow Searchlight comrades Andi, Desiree and Teo. Everyone has been so supportive and friendships were made that will go way beyond the competition.  Second, the support we have received from not only from PEI but from Atlantic Canada and across the country. We are so grateful to see how many people are rooting for us!

My new album ‘Adolescent Nature’ actually comes out this week (Friday, May 20th). This is pretty exciting as we’ve been planning this for the past six months. We are also heading out on an Eastern Canadian tour in June to support the album including a performance at Burlington Sound of Music on June 18th. The rest of the summer includes more touring which will take us right into “conference season” in the fall where we will be showcasing at Contact East plus more to be announced. We are really excited for what is to come!