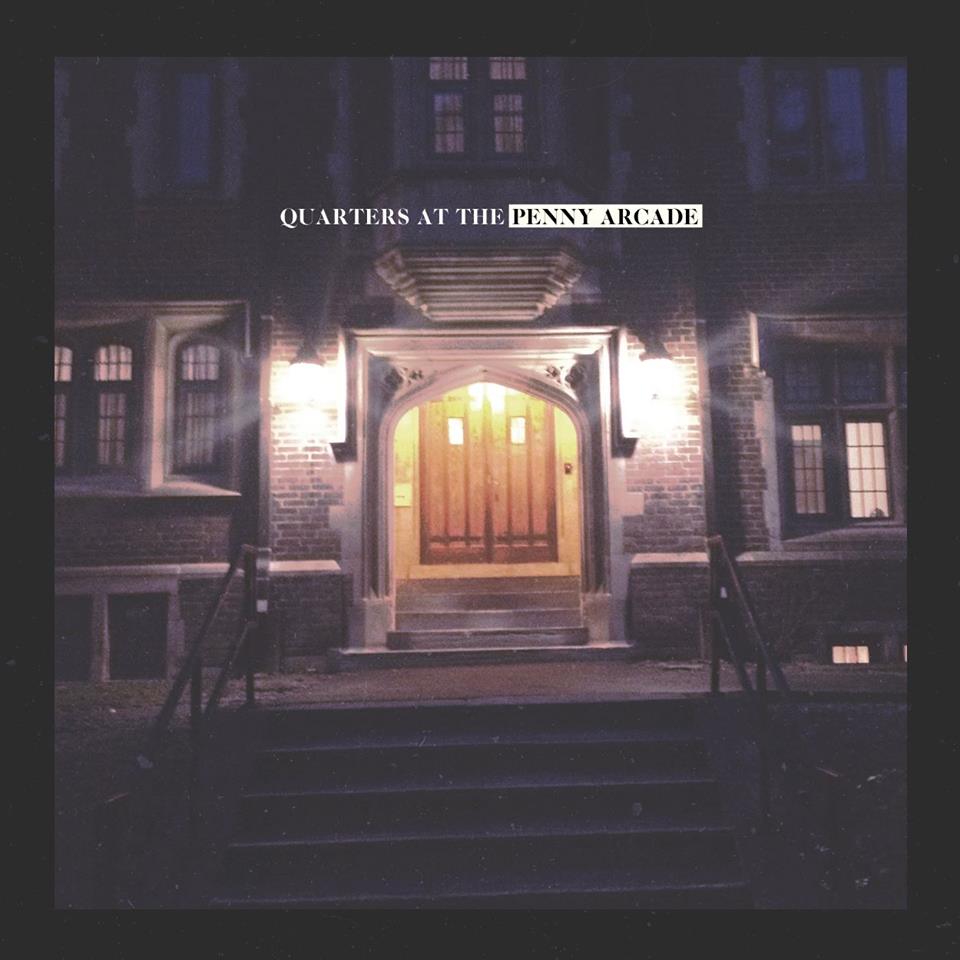 Hamilton based The Bandicoots have created the ideal soundtrack for hosting a BBQ surf party on the rocky beaches of Brighton England, for a music festival starring the Swell Maps, Joy Division, Shadowy Men on A Shadowy Planet, and the Ventures.  One part surf, one part UK art alt-punk, one part 90s alternative, The Bandicoots Quarters at the Penny Arcade is a solid EP of catchy, well-arranged, tightly played tunes.

Members Nicolai Kozel, Andrew Parkinson, Lorant Polya and Justin Ross present a confidently aggressive, but not mean spirited, played album with a mind towards performers’ sensibilities; each part is intentional and well-placed, space on these tunes is never wasted.  Each member knows when to give and when to take with instrumental parts that are never stagnant, changing the tone when needed, or adding a cleverly placed shaker.

The over-all aesthetic of Quarters at the Penny Arcade, including cover art and tile, is reminiscent of the classic Swell Maps record A Trip to Marineville, only after the house fire has been extinguished and completely rebuilt.  In essence, it is a good description of this album, a modern revamping of a classic post-punk sound.

Quarters at The Penny-Arcade was recorded at Threshold Recording Studio with Michael Keire (The Dirty Nil, Wildlife), and mixed by Brian Lucey (The Pack AD, The Black Keys, Arctic Monkeys, Dr. Dog).  The clarity of recording and production lends itself to displaying the musicianship, which is sometimes lost on older art rock albums due to recording equipment quality and budget.

The opening tracks “Overnight Innovator” and “Frank + Stein” are riffy, catchy and cool, an Arctic Monkeys vibe, made tougher with an aloof attitude honed on the streets and garages of Hamilton.  A tinge of the Libertines with driving beats and constantly pushing energy is put in for good measure.  “Could You Get Me Tomorrow?” is the mid-tempo reprieve, a swagger song with eerily high pitched background vocals.  “Stuck at the Carnival” pulses from the onset introducing a ghostly guitar line, a sound emitting from meaningful ghost, from the creepiest, but enjoyable, carnival ever.

To add a fresh perspective from the younger generation, here are ACTUAL written comments from REAL Saskatoon grade five music students who were asked to give their opinions during a  preview listen of Quarters at the Penny Arcade:

The next generation has spoken!  A “jumpy-and-twisty-squiggly-lines-surfing-contest-makes-me-wanna-dance-1947-spy-movie” good time from a great four track EP.  It couldn’t have been said any better.

Join The Bandicoots at The Horseshoe in Toronto for their next show on May 19th. Quarters at the Penny Arcade is available on May 13th and can be order online through itunes and the band’s website thebandicootsmusic.com.