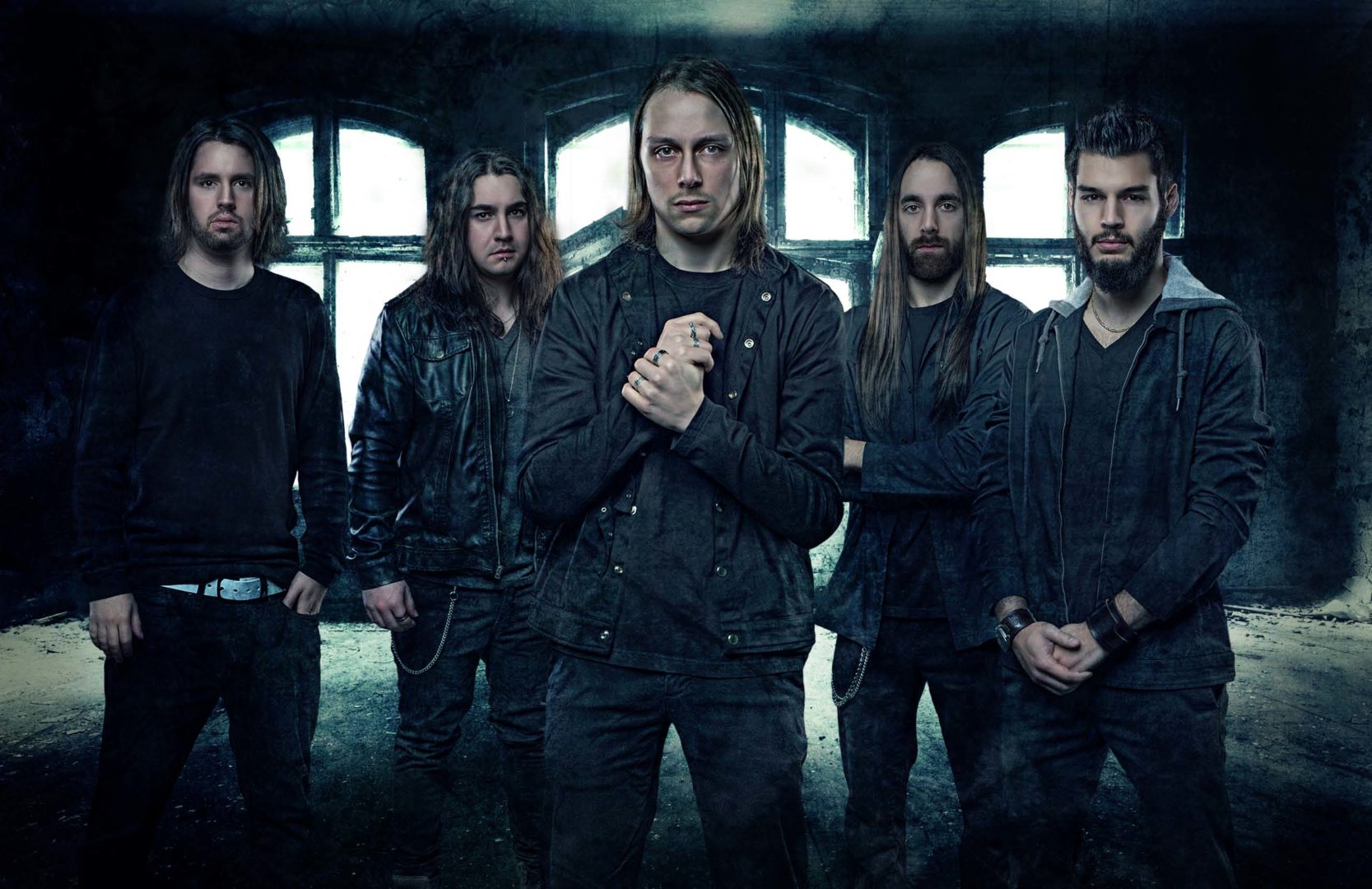 Simon Lavoie, Ludovick Daoust and Vincent Bruneau, formerly of Far From Reality, have joined forces with Steven Cope and Tommy Fradette to create Fractal Cypher, a progressive metal band from Montreal. The band are set to release their debut album later this year and have just premiered their single, Prison Planet. Canadian Beats caught up with Vincent (Guitarist) and Simon (Signer) to talk about the album, the bands history and what their future pl

For those who aren’t familiar with Fractal Cypher, can you introduce yourself and tells our readers a little about your music?

Simon : We are a Montreal based progressive metal band. Every musician in the band has been in the music industry for around a decade. In 2014, Vincent on the guitar, Ludovick on the keys and myself on the vocals gathered together after the break-up of our former band, decided to keep pushing this thing that was growing in our heads. When the band got completed with the addition of Steven on the drums and Tommy on the bass, we started to compose and finally hit the studio in 2015. Since, we try to break through with our music and the album due in late 2016. The music style of Fractal Cypher ranges from djent, death metal, power metal, classic and modern rock. So the style is wide. Every song has its own vibe and dominant style.

Simon, Ludovick and Vincent were all in a band together before (Far From Reality), where did you meet Steven and Tommy? Did you audition other players or did you know right from the start these were the guys you wanted to join the band?

Vincent: I met Tommy at the university in 2011, we were studying the same music program and I knew he had an interest for metal and progressive music. I remember the first band class, Tommy and I started to jam Overture 1928 from Dream Theater, and he was pretty talented. We’ve kept contact since then. Steven was in a band with Simon back in the days that was called Another Fallen Hero. They are long time friends so when Simon approached him to join the band, he didn’t hesitate a second. Steven and Tommy saw the potential in this project and they were really motivated to give some energy and some time into it, so we didn’t audition other players.

Where did the name Fractal Cypher come from?

Vincent: Simon is the one that found the main idea for that band name. When we were brainstorming, Simon first came out with « Fractal Figures » which refer to a geometric form. For those who probably don’t know,« Fractal » is a term employed most of the time to describe a geometric shape or a design. It means: a natural phenomenon or a mathematical set that exhibits a repeating pattern, a rough or fragmented geometric shape that constantly evolves on itself and that can be split into parts . After 1-2 weeks of brainstorming, Ludo suggested to replace « Figures » by « Cypher » which means a secret method of writing to transmit a message or a code. We thought it would be cool to put the two concepts together, which means a repeating secret code that constantly evolves on itself, so it’s basically a message that can never be found.

Your first album, The Human Paradox, is set to release later this year. What was the writing and recording process like?

Simon: Concerning the writing, we’ve found a working method that works well for us. We have a main songwriter in the band which is Ludovick, the keyboard player. He usually completes the songs and we go over them in band. They evolve to their final stage during this time. The lyrics are composed mainly by myself, with a few exceptions where other members of the band contribute. Once the songs are composed and arranged with the vision of the composer Ludovick, we go over them and rearrange them in a way that everyone feels good about it. You know, we should cut that part, stretch that one, and so on. The final cut of the songs is a collaborative effort.

The recording process has been done on a long period of time, from april to august 2015, mainly due to schedule problem. But the advantage is that we really took our time to do everything like we wanted to, nothing was rushed and we had the time to change our ideas if needed. Ludovick produced the album with the help of Christian Donaldson, head engineer of The Grid studio where we were recording. They have worked a lot with me, giving me some good cues and ideas for the vocal lines and back vocals. Ludo was also there with Chris at the mixing process to guide him and make sure everything sounded like he wanted and like we wanted.

Vincent: When we wrote that song, it was already clear for us that it would be our single. It is a catchy song, accessible even for those who are not too much into metal and we didn’t want to throw out a 8 minute song as our first single. It would have been too much for those discovering the band. The other reason is that Prison Planet is a good blend of all the musical elements that you can hear in the other songs of the album. Catchy choruses, heavy riffs, good solos, great melodies and a bit of scream vocals.

Were there any other front runners to be the first song released?

Vincent: Not really, as I said it was already clear since the beginning of the writing process that prison planet would be our first single. However, we are planing to release 2 other singles during the next 2 months. It’s been a bit more difficult to agree on which song we are going to chose for single 2 and 3.

As a group, you have varying influences that range from death metal to classic rock, how do you take those influences and make it your own?

Simon:  “We like it, we play it” must be the motto of this band. You know, in today’s industry, everything tends to get tagged and bands try not to stray too far away from the sound they are associated to. We wish to be the band that has no genre. Of course, we have preferences like death metal instrumentals and power and classic rock melodies and vocal lines. The musical creation of the band can somehow be compared to 70’s rock music, where from a record to another, the band could shift styles and approach. That is what was great about music in our humble opinion.

Vincent: Yeah obviously. Nothing really concrete so far , but we are in contact with a couple of great promoters. We are working hard to make it happen for this year with the release of the album. One thing is sure, we won’t go back in the studio to record another album if we did not promote this album at the maximum. We need to reach new fans out of our area and we can’t expect it to happen if we just rehearse in our basement all the time.

Vincent: I’d say “Prison Planet”. This is the only song that you can really disconnect and almost play it with eyes closed. All the other songs are cool and nice to play but you need to stay focus for certain parts.

Vincent: We’ve already talked about introducing some special guest on the current album, but we finally  did not push forward this idea. We did not discuss about it since then, so for the moment  I can’t really answer this question. We’ll see what is going to happen with this album and reopen the discussion for the next one.

Vincent: That’s a hard question, there’s so many talents here in Canada, and our musical influences are pretty large. But I think we would all agree with Protest The Hero. This band has influenced all of us one way or another in our musical evolution.