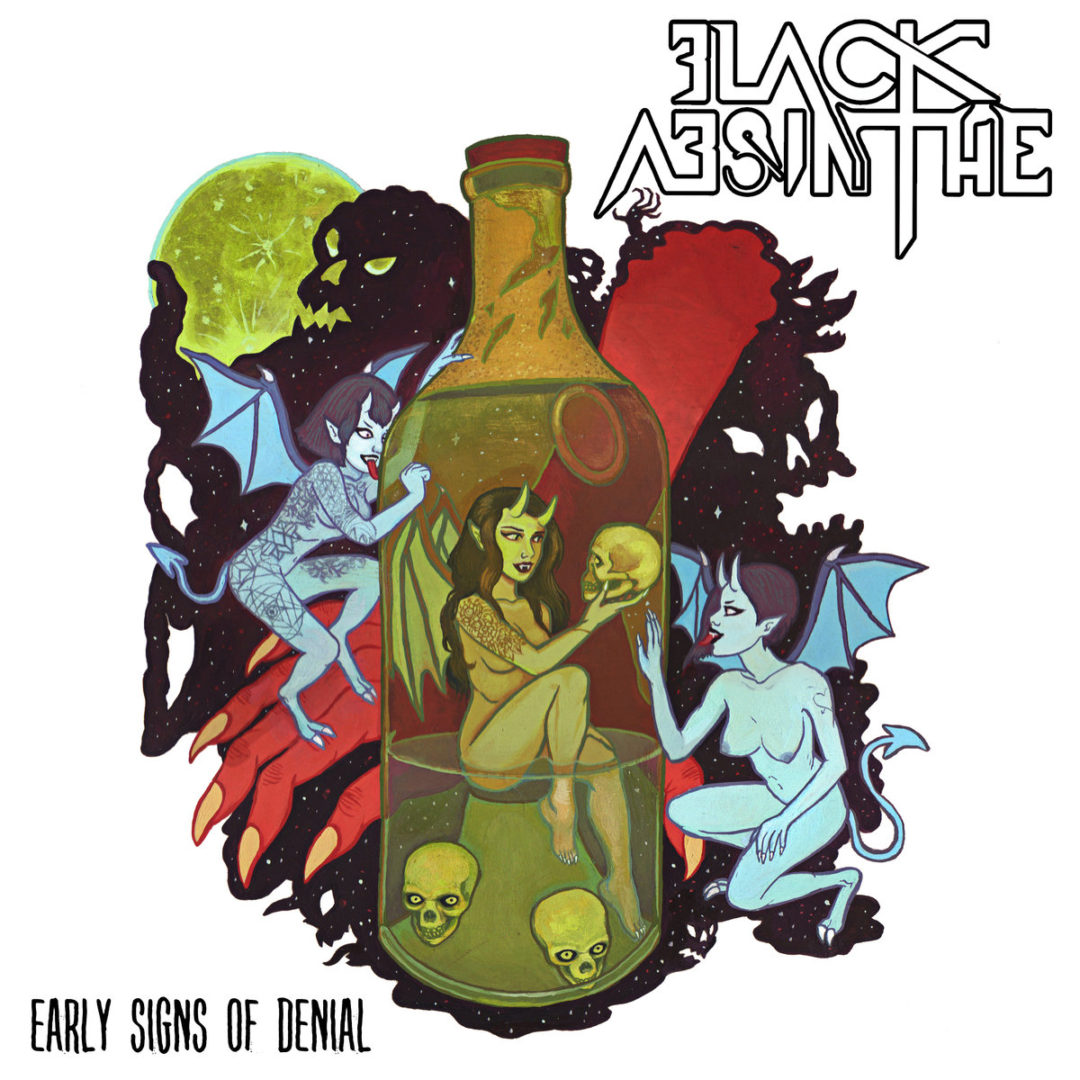 Black Absinthe has returned with their first studio release, Early Signs of Denial, an unusual blending of classic and modern tones, both conceptually and musically giving this record a quality of uniqueness that is so rare in music lately.  Expertly executed in nearly every aspect without seeming over produced, this album perfectly showcases Black Absinthe’s unique ability to write music that fits together while being incredibly diverse in aspect and concept alike.

Early british-esque riffs, rapidly spiraling into progressive sounding lines combined with outstanding, hit to the groin vocals, and drum beats so classic and catchy you can’t help but head bang, this record will certainly have and hold a place as one of the prime examples of Canadian heavy metal.  This band hits you harder than your first shot of Absinthe!!!