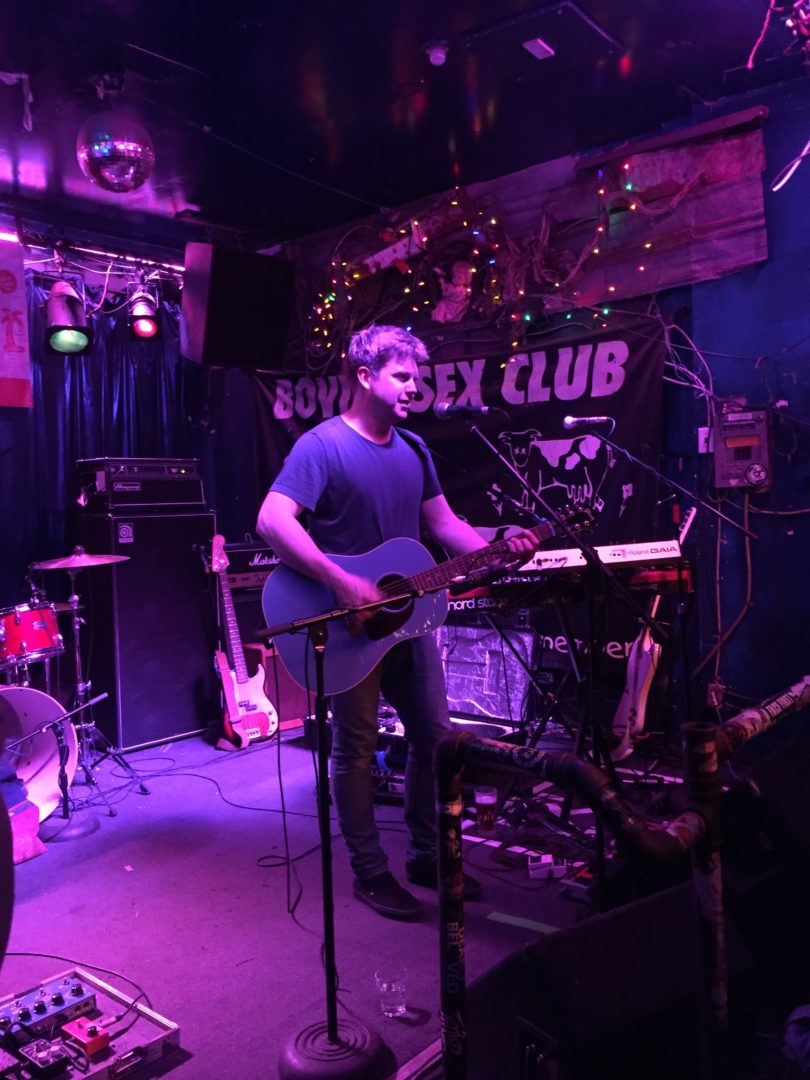 KJ Jansen from Calgary band Chixdiggit played a solo set at the Amnesia Rockfest Showcase which was hosted at the Bovine Sex Club in downtown Toronto.  The show was full of energy and fans were dancing and singing along the whole time.

The Bovine Sex Club is very easy to miss because it blends in with the other bars around the area but you could tell where the venue was due to the music coming from the doorway.

The show was so fun and Jansen’s voice was on point.  I found myself dancing with the fans and moving up from the back to the front. It was amazing to see how he interacted with the fans during his set. Jansen even allowed fans to choose songs for him.

This was one of the best show’s I have been too at a small venue, I would suggest checking out Jansen because he sure brings immense energy to the stage. 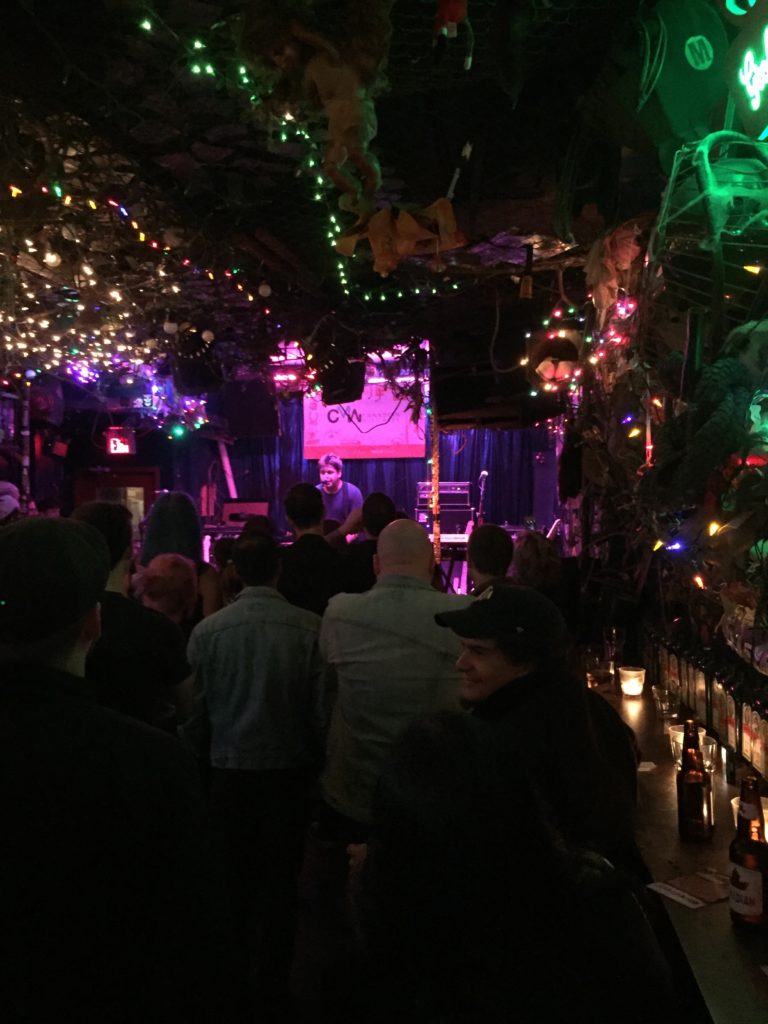 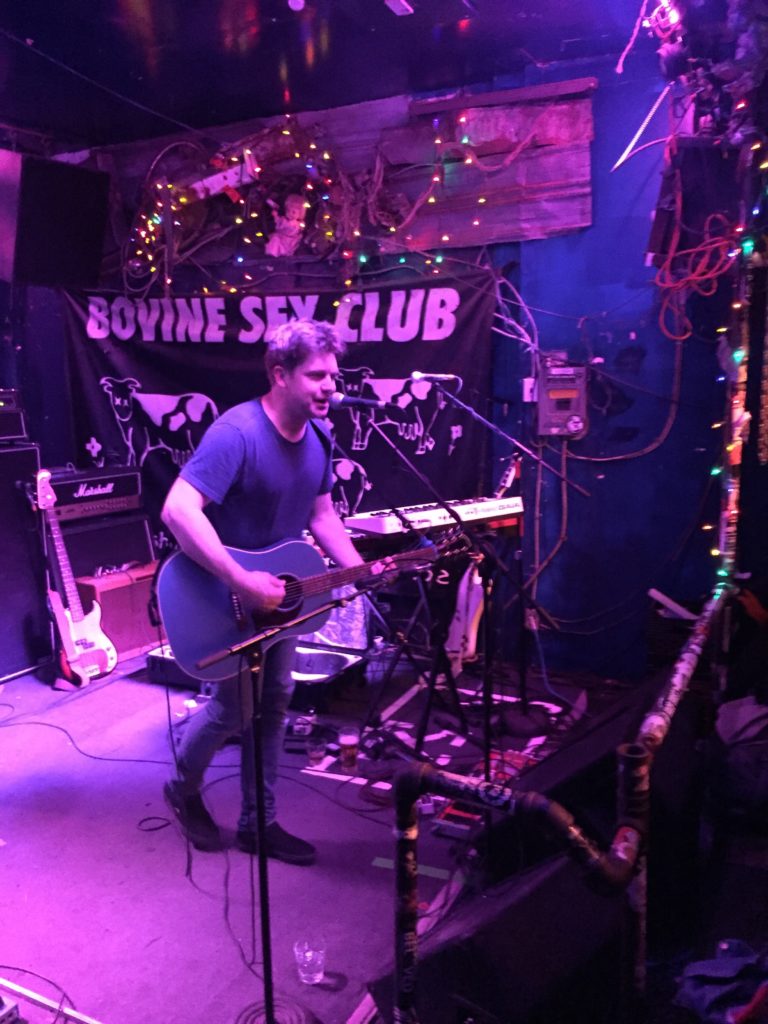