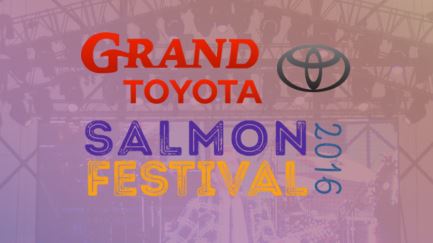 In recent years, the Exploits Valley Salmon Festival has seen acts such as Aerosmith, Kiss, The Eagles and Maroon 5 to name a few. With those big name acts came a fair amount of controversy leading, ultimately leading the concert to lose money. Not able to take the hit of losing so much money again, the Town of Grand Falls-Windsor had to make some changes for the 2016 concert.

This years Salmon Festival concert with feature Canadian rockers Trooper as the headlining act on July 16th. Joining Trooper will be The Original Stampeders and rounding out the lineup will be 4 local acts including one of Newfoundlands most recognizable groups Buddy Wasisname and the Other Fellers, Juno award nominees The Once, ECMA nominees Cabbages and Kings, and Grand Falls-Windsor natives Landlocked.

Early bird tickets are on sale now for $49.50 until July 1st. After that date, tickets will be available for $69.50 and will be available at the gate but quantities may be limited so act fast. For more information and to purchase tickets head to the Salmon Festival website at www.evsalmonfestival.com