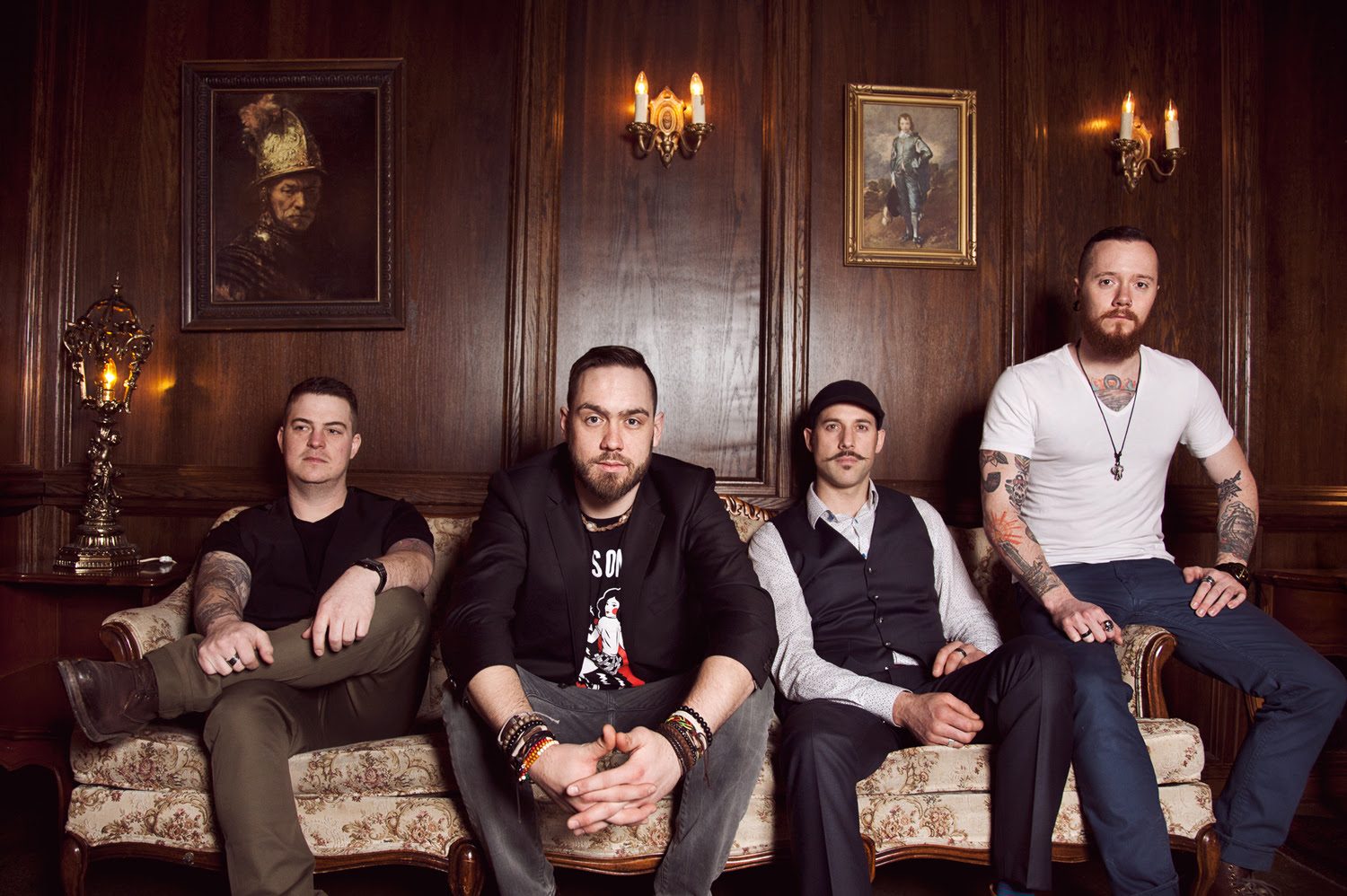 Alberta rock and rollers, Sentimental Gentlemen have already embarked on their cross-Canada tour, which started on April 1. This tour is in support of their first album The Devil’s in the Details (2015). Previously, they had released a self titled EP in 2014. The gentlemen took time away from their busy tour schedules to answer a few questions from Canadian Beats, so check it out!

How is the tour going so far?

The tour is going great.  We’re currently in Charlottetown, PEI and are headed to Halifax tomorrow.  We’ve met so many amazing people so far and had some great shows.  Looking forward to the rest of it!

What can fans expect from your shows?

Why did you decide to do both big and small cities?

In the smaller communities there are less events happening so when someone on tour comes to town it creates excitement as opposed to Toronto or something where there are a hundred bands playing on any given night.  Not to say those shows haven’t been great too but we’ve been having a great time playing in smaller markets.

How has the overall experience of being able to visit so many cities been so far?

It’s been amazing!  We get to see our country and visit a new place everyday, let alone play music.  None of us have driven across Canada so we’re all wide-eyed and tourist nerds.

What was the inspiration for your album The Devil’s in the Details?

Living in Fort McMurray, AB, we’ve met some amazing people with some amazing stories that have provided inspiration for the lyrical content for sure.  Musically, I think we tried to draw from all aspects of the styles of music we all listen to and tried to add an element of flair from each one.

Can you talk about what the writing process was like?

The album came together very organically.  We didn’t say let’s write an album and then we wrote all these songs.  It’s actually a collection of songs that made us say hey we have an album’s worth of material here.  There are songs about love and relationships and kind of a lighter tone, and then there are also songs about injustice, greed, politics, etc so more of a serious theme.  We wanted to set a platform for the next record and see what direction our fans wanted us to take.  Usually the music comes first and we jam an idea out and from there we really try to analyze the feel and tone of a song which usually inspires a lyrical theme.

Which song became the most popular?

Probably Kickin’ Stones, which was the first single.  From the moment we finished that song we knew there was something special there.  We made a music video for it and had all of our friends act in it which was a great experience.  It’s still playing on the radio and we still get messages from people telling us it’s there favourite song all the time.

How do you think the four of you individually influence your music?

We all come from different musical backgrounds which allows everyone to bring a different perspective to the writing process. Mackenzie is an acoustic singer/song writer, Joe played in a progressive rock band for many years, Rob loves punk rock, and Jeremy loves metal.  You put all of that together and you get 4 very different ideas on what to do with a song.  Luckily there isn’t any clashing.  There’s a lot of respect for everyone so we’re lucky that way.  The focus is always on the song and one complete sound.

Which Canadian bands/artists do you think you pull the most inspiration/influence from?

A few of our favourites would be Big Sugar, Big Wreck, Matt Mays, and Hey Rosetta! But to be perfectly honest, we are all massive Celine Dion fans (guilty pleasure).  Her voice is just so heavenly….

You’re having a bad day, what song is your go to pick-me-up? Why?

Anything Tom Petty.  Seriously if you turn on a Tom Petty record and that doesn’t turn your day around, you’re having a really bad f**king day!

What has been your favourite city or venue to play so far?

Colborne, ON was a blast. It was the first of four home town shows we get to play and it was packed so we blew the doors off the place. Quebec city though was by far the most beautiful place we’ve been to.

If you weren’t in a band, what would you be doing? Can you picture yourself down another path?

We feel very privileged to be doing what we’re doing and if you like rock and roll, having a good time and laughing your ass off, then make sure you come out to a show near you!