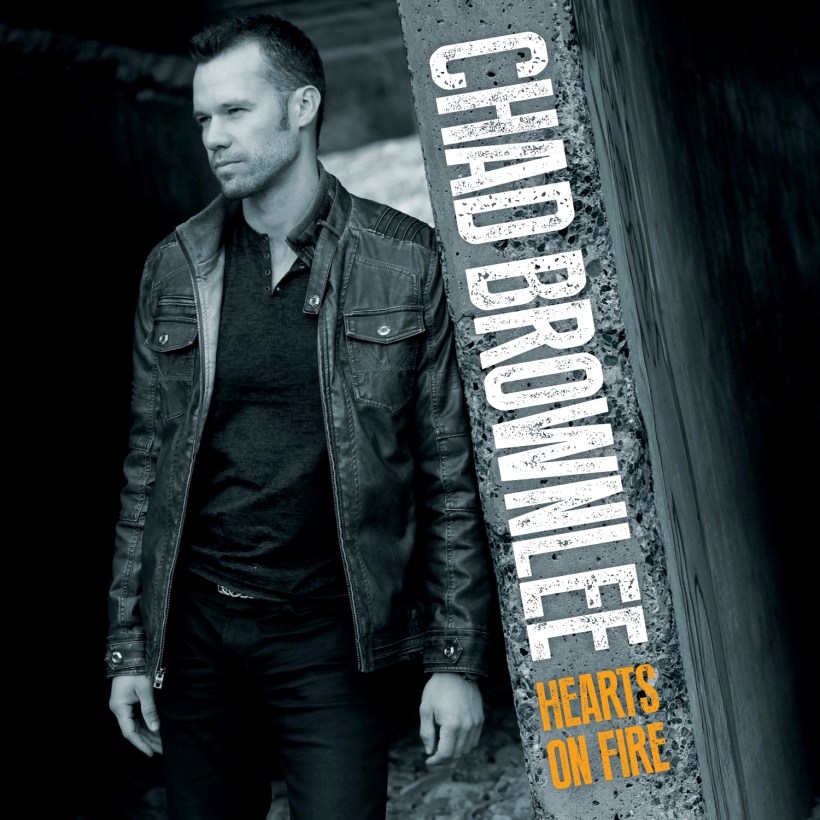 Chad Brownlee is an award-winning singer-songwriter, co-founder of the Boys Of Fall Charity Tournament and former NHL draft pick for the Vancouver Canucks. He also partners with the Tim Horton Children’s Foundation™ to share the joy of music with young campers and leads music workshops across the country annually.

Brownlee, one of Canada’s biggest country music artists, released his fourth album Hearts on Fire on April 29, 2016 (MDM Recordings Inc. / Universal Music Canada). His second release from this album, “I Hate You For It,” hit the airwaves on April 26 and it is definitely my favourite.

Hearts on Fire has seven tracks that are about happiness, about trust, about heartbreak and suffering – all the good and bad that comes with loving someone. It’s hard not to get excited about music when you listen to this one. There’s an edge but also some softness to Brownlee’s music on this album; he seems to have put his heart and soul into the making of it. The title track “Hearts on Fire” is already a huge success on country music radio.

Canadian Beats was given the opportunity to chat with Brownlee about this album. I believe it’s his best album to date. It shows a side of him that his fans have yet to see. He took time from his very busy schedule to do this interview, to have each question answered with much thought and honesty, and for that that I am so grateful. So, all set to answer my questions is the man himself: Chad Brownlee.

What does your new album release, Hearts on Fire, mean to you?

I put my heart and soul into the writing and recording of my music, so any time I release a new project it is only when I am confident in the material. It’s hard not to get excited when you have a new project ready to be sent out to the world!

Do you have a favourite track and /or lyrical highlight and why?

It’s always so hard to pick a favourite song because each one holds its own uniqueness. But if I had to pick just one, it would have to be my current single “I Hate You For It.” I don’t think I’ve seen such an overwhelming reaction from people to a song of mine to this magnitude before. It’s that swampy vibe combined with an edgy storyline all tied together with an infectious beat. I can’t wait to hit the festival circuit with it this summer!

How would you describe the sound of your new album to any potential new fan?

It’s got a different maturity about it that I think defines my current evolution as an artist. With every new project I want to bring some new colours that my fans haven’t heard before, while maintaining what has worked in the past. Music is one of the best mediums to express emotions and this collection of songs has many different ones. From pure spontaneous love, to classic heartbreak, it takes you on a lyrical and melodic journey that hopefully makes you want to hit replay.

From concept to fruition, how long was Hearts on Fire in the making?

The moment I release a record is also the moment another one begins. I am constantly open to creative ideas because I have come to learn they sometimes have a mind of their own and show up during the most random moments. When The Fighters was released, the wheels were already in motion for Hearts on Fire, although I had no idea it was going to be called Hearts on Fire. I never want to rush the creative process, so once I have a core group of songs that I feel define the next chapter, I work around those songs and complete the album. It’s a fun, frustrating, exhilarating and rewarding process.

What has been your main drive to continue in this business?

Aside from the enjoyment of making and performing music, it’s the impact that it has on people. We, as artists, have a responsibility to bring something of worth to the listener because music is one of the most powerful tools in the world, if used properly. I don’t just want to take my experiences with me, I want to leave something of great value behind, and I know I’ve only just begun.

If there’s anything you’d like to add or say, please do:

Thanks for the interview!

We, at Canadianbeats.ca, thank you so much for this interview and we wish you continuous success. Have a blast at all the festivals this summer Chad!