By Remington Fioraso on May 3, 2016@https://twitter.com/RemingtonFD 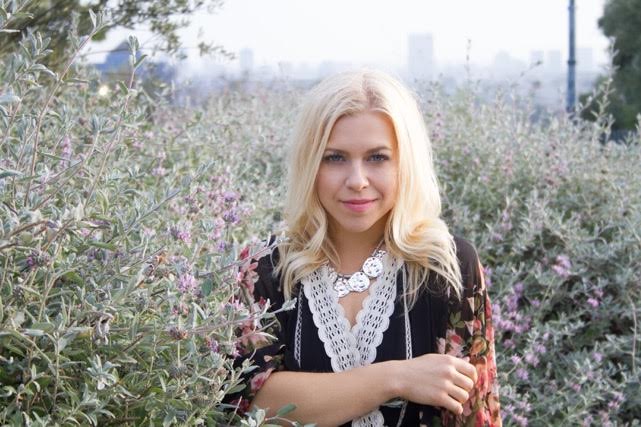 I had the opportunity to ask soul/pop singer Maggie Szabo questions about her music, live performances, and social media presence.  Continue reading to find out more about the Dundas-raised, Los Angeles-based singer.  Be sure to check out her newest video for the single, “Forgive and Forget” below:

Can you tell readers a bit about yourself?

Hey hey! I’m Maggie:) I grew up in a small town called Dundas in Ontario, Canada. It was a really great place to grow up! I’m really proud to be Canadian and when I run into fellow Canadians who live here in Los Angeles, it always excites me to meet them, and talk about where we are from.

What led you to begin to pursue music as a career?

Ever since I was three years old, I always said “I want to be a singer when I grow up.” As far back as I can remember, I had a strong love for music. I would perform whenever and wherever I could; out at my local town functions, the Canadian national anthem at hockey games, and even for my parents’ friends when they came over for dinner. I started writing when I was about 12 years old, and it’s always been something I pursued. It was never a choice or a decision really, more like something I always knew I had to do.

What or whom has been your inspiration when working on songs?

There are so many artists that I grew up listening to that really inspired me; Carole King, Tracy Chapman, Etta James and so many more. I really admired Carole King especially because she was such an amazing songwriter. When I’m writing songs, real life, what I’m going through, and what I’ve gone through inspires me the most.

How has your music developed from your debut album Now Hear Me Out in 2012 to now?

We all grow, evolve, change, and I think it’s important for writers, artists, and everyone, really, to do something different from what we’ve done before. Since Now Hear Me Out, I feel like my music has more soul influences, and the writing is more honest. I’ve written a lot since then and have had the privilege of working with so many great people, which has helped me become a better songwriter.

You are a guest vocalist on German DJ Schiller’s upcoming album.  How did this opportunity come about for you?

It’s kind of crazy how it happened actually! I was doing a solo performance, just my piano and I, singing a few of my songs at an event in Los Angeles. Schiller was in the audience and he introduced himself to me after I came off stage. We set up a time to get together and write, and we really hit it off musically. It’s those kind of opportunities that make me really thankful that I am able to live in such a great city like Los Angeles.

What was the process in entering and being in the International Songwriting Competition?  What was your reaction after hearing that you won?

Someone recommended I submit one of my songs to the International Songwriting Competition. I sent in one of my songs and after a while I found out the great news that I was a semi-finalist! I was so honoured, but also really surprised because there were literally thousands of applications that submitted and really just so many talented people. Then, when I found out I was a winner in my category, Pop/Top 40, I was just really happy and proud. It was a really great feeling.

My advice is to be consistent with it, treat it like a daily responsibility, and remember that a lot of behind the scenes stuff is really interesting to a lot of people. As musicians, songwriters, and artists pursuing what we do every single day, I guess sometimes we get used to it and don’t really think anything of it. However, to other people who are music fans, I they appreciate seeing what goes into it all.

Do you have a preference in a particular social media platform?

It’s hard to choose because each platform is so unique in it’s own way when it comes to connecting with fans. I think YouTube is probably up there for me because it’s a great way to share my songs, not only for people to hear, but for people to see the videos for also.

How would you describe your live performances?  Have you noticed differences in performing in the United States versus Canada?

With my live performances, I go for more of the organic approach. I don’t perform to tracks because I really prefer having a live band with me. Sometimes it’s a full set-up with drums, bass, guitar, keys, and background singers. Then sometimes it’s more of an acoustic setup with just a percussionist and a guitar player. I also perform with just myself playing guitar or piano, but I really do prefer having other super talented musicians back me up. It’s honestly kind of hard to compare the difference between performing in Canada versus the United States, because i think it more comes down to the city. Los Angeles versus my hometown is a much different crowd, just like any other small town in the US would be. But at the end of the day, the audiences I’ve had the privilege of playing in front

of are always really supportive and super great to perform for.

Do you have plans to tour Canada soon?

No concrete plans of yet, but I definitely want to figure something out for the near future!!!

What was the first album that you purchased?

Oh geeze! Probably Spice Girls! A lot of the albums I grew up listening to were luckily already in the basement of my parents house. Spice Girls was definitely not something that they already had:)

Bryan Adams!!!! I love him so much. A few years ago he had an acoustic concert in Toronto and it was probably one of my favourite concerts I’ve ever been to. I am also a HUGE fan of Gordon Lightfoot, and his concert was the very first one I ever went to as a kid. “If You Could Read My Mind’ was a song that I couldn’t get enough of.

What song(s) have you played on repeat recently?

‘Whisky and You’ by Chris Stapleton.

Right now, I would love to go to Asia. Probably Korea if I had to choose which country to go to first. I’ve never been to Asia and it’s a place I’ve always wanted to go.

Finally, do you have anything else you would like to say to our readers?

Yes! Thanks so much for reading and for the support. I’m going to be shooting a new music video to my next single in a few weeks, so stay tuned for the release date for that! Super excited to share it with you:) xo