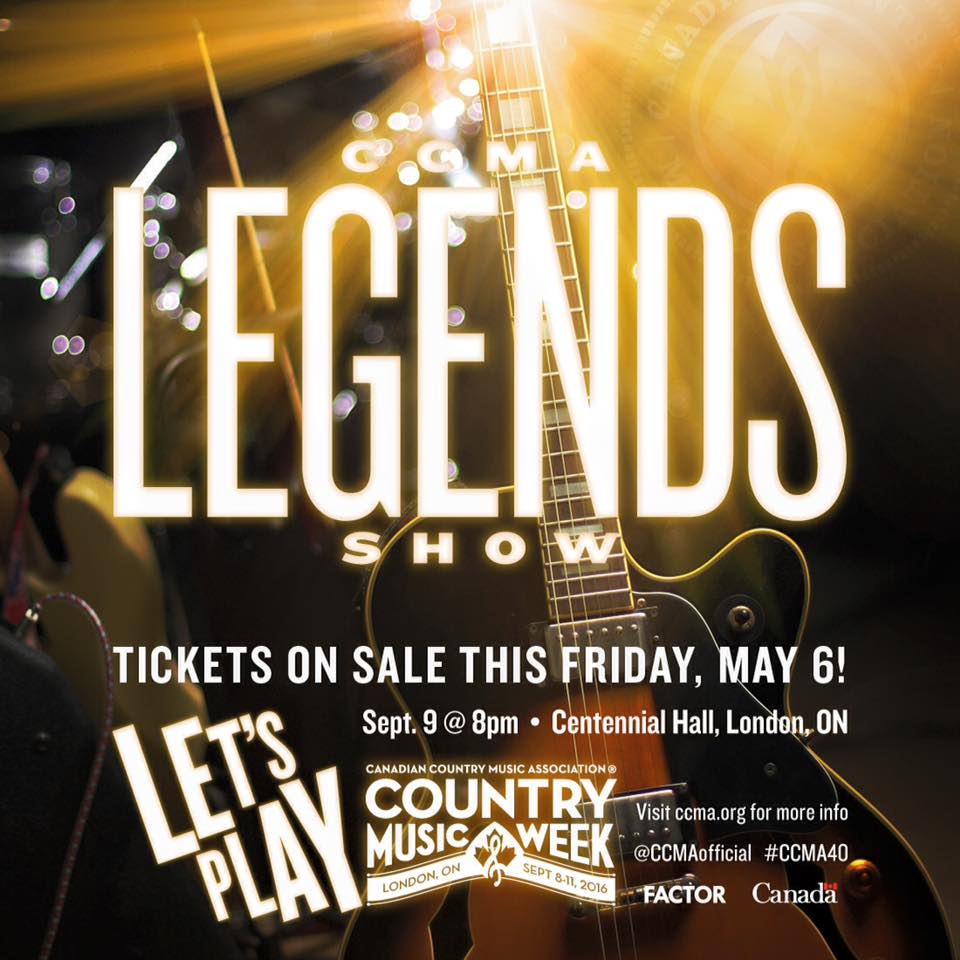 Fans of country music got some exciting news today. The Canadian Country Music Association announced The CCMA Legends Show: A Tribute to Yesterday & Today. This show is not to be missed by country music fans, especially those located close to London, Ontario where the awards will be taking place this coming September.

The Legends Show will take place at London’s Centennial Hall, and will feature many cherished Canadian artists, including Canadian Country Music Hall of Fame inductees Donna and Leroy Anderson, Johnny Burke and Marie Bottrell. Some other artists announced as part of the line-up are George Canyon, Michelle Wright and The Stellas.

Fans of Small Town Pistols will also be happy to hear that the duo will take the stage with a special collaboration with their father, Steve as The Wilkinsons. The house band set to accompany all performances for the evening will be none other than The Western Swing Authority.

Additional performers and the host for the evening will be announced soon. Keep an eye out for more information as it is released.