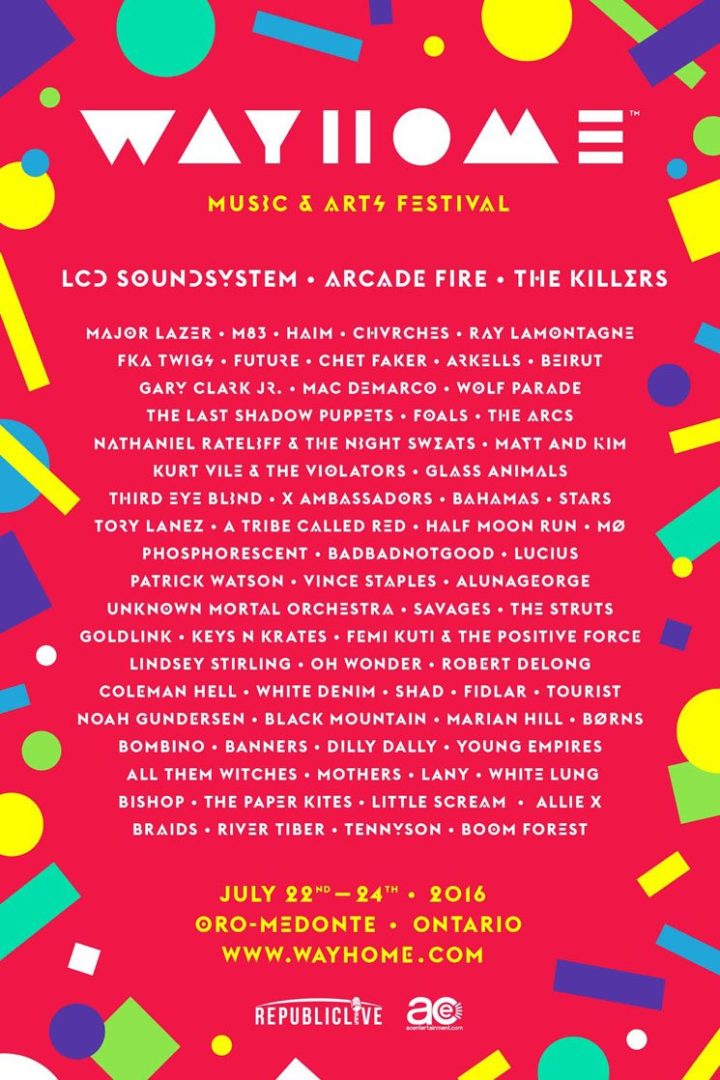 Wayhome Music & Arts Festival, billed by many as “Bonnaroo North”, is the brain child of Republic Live (producers of Boots & Hearts Festival, Canada’s largest country music camping festival) and Bonnaroo co-founders AC Entertainment. The festival combines music, art installations, a nightly silent disco and some of the best food trucks Ontario has on offer. With an inaugural year line up featuring headliners including Kendrick Lamar, Sam Smith and an unprecedented 3 hour set by rock legend Neil Young expectations were high for 2016 and they have definitely been met with the release of the year’s lineup.

Along with massive international names including the reunited LCD Soundsystem, The Killers and Chvrches new and returning Wayhomies can also expect to see an amazing selection of Canadian acts gracing the four stages at Oro-Medonte, Ontario’s Burls Creek Event Grounds. A few we here at Canadian Beats are particularly looking forward to seeing Wolf Parade, Arkells, Keys & Krates (really hoping this is a late night show!), Metric and Stars.

Though hotel accommodations are available in the area with shuttles running to the festival grounds if you want the full Wayhome experience camping is the way to go. For full festival rules and to buy tickets head to www.wayhome.com.