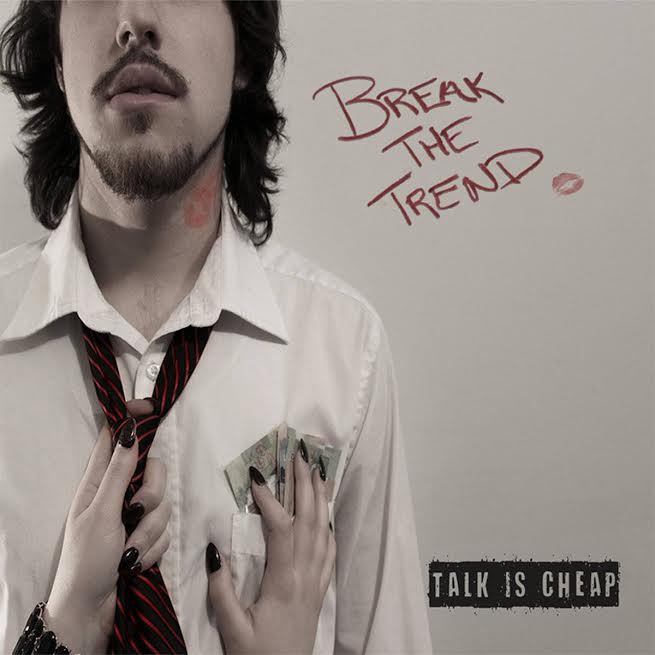 North Bay, ON based rock trio, Break the Trend have recently signed to newly launched record label, SounDrive Records. The band will be releasing their new EP, Talk Is Cheap on May 6, 2016. The EP features three tracks, and leaves you wanting more.

As soon as the first song, “Hey Darlin’” began, I was hooked. The single was released along with a lyric video and I could see this song would be killer live, so if you’re in the Toronto area on Wednesday, May 4th, be sure to swing by their CMW showcase at Cherry Cola’s. I highly doubt you will regret the decision.

“Can’t Take It” and “Life of Sin” follow trend and do not fail to impress. I found myself immersed in each song, and also have to admit it took no time at all for me to be singing along with these tracks.

With three songs, you don’t have a whole lot to base opinions on in most cases, but I would say in this case, I had more than enough to come to the conclusion that I want to hear much more from this up & coming trio.