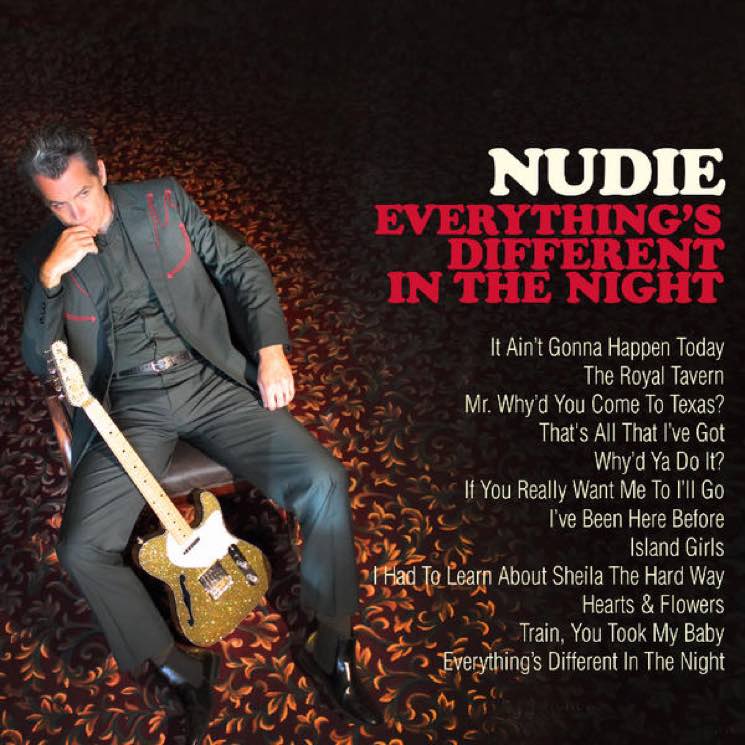 Album: Everything Is Different in the Night
Release Date: April 22, 2016
Download
Genre: Country

PEI based country singer/ songwriter, Nudie grew up with 7 siblings and had a great musical inspiration from his Uncle that used to play guitar for them. Nudie says that his uncle was the seed of his musical passion that led him to pursue country music. Nudie released his first album in 2008 entitled Looking for a Good Time, with his previous band Nudie and The Turks. In 2014 Nudie went solo and released Remember This which he took to the road and played a string of high ended shows in cities such as Toronto, Montreal and even the Americana Music Festival in Nashville. Nudie has just recently released his newest full length album Everything Is Different in the Night on April 22, 2016. The album was recorded in Peterborough, Ontario and is inspired by his travels across Canada and his relationships.

The song that first caught my attention was “It Ain’t Gonna Happen Today,” It’s the first song on the album and it fully captured my interest with the classic twangy country sound, catchy chorus and lyrics. I loved the song upon the first listen and it left me wanting to hear more instantly.  The next song that caught my attention was “Hearts and Flowers,” which is the tenth song on the album. It’s a faster-paced song and it displays the sheer talent that Nudie possesses. I enjoyed listening to the story that the song told and was a pleasant listening experience. Overall I enjoyed the whole album and liked Nudie’s spin on the country genre.

If you are looking for something new to listen to and you’re into country, Nudie is definitely that band I would not hesitate to recommend.