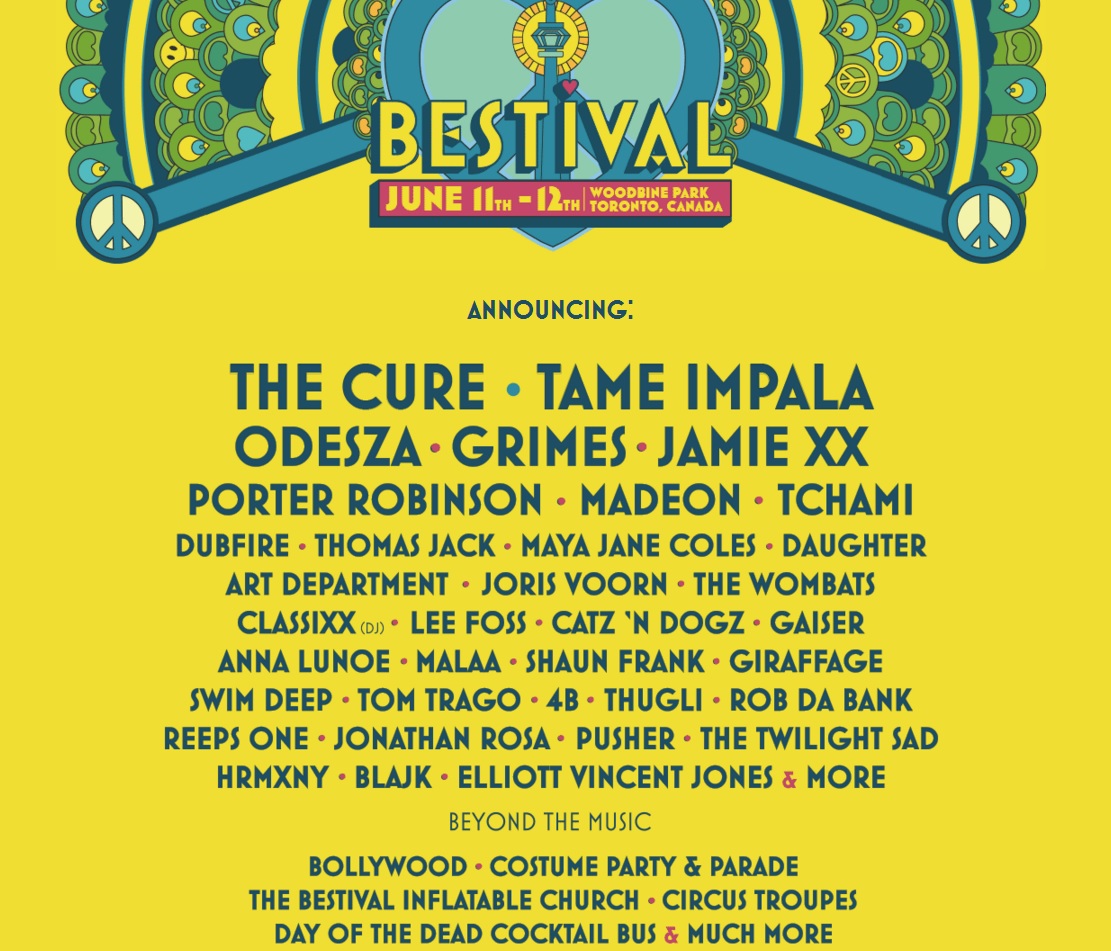 Returning for its second year Toronto’s offshoot of the British boutique fest Bestival will be taking over Woodbine Park on the weekend of June 11 & 12th.  Billing itself as a “wonderous world of discovery and adventure” the festival holds true to that promise going beyond the music, which is set to offer an impressive array of live acts as well as numerous DJS, to offer some of the funnest non-music activities of any summer festival.

Perhaps most notable of these events is the costume party and parade. Carrying the tradition over from its forefather across the pond fancy dress is the name of the game at Bestival Toronto and decked out revelers are encouraged to join the parade through the festival grounds on Saturday. If you’re not one for playing dress up there is also a Day of the Dead body painting station were you can have your inner Sugarskull revealed and so much more.

On the music front Bestival mastermind Rob da Bank has pulled together one of the most eclectic lineups of any festival. The massive temple shaped Bollywood stage is set to host an impressive selection of DJS including Canadian sons Art Department and Shaun Frank. On the live music front the main stage and Big Top see headliners Tame Impala and The Cure closing out each of the two days but also look for Canuck sweethearts Grimes and Elliott Vincent Jones.

For full festival offerings, rules and FAQs as well as to purchases passes visit www.bestival.ca

Share this:
Related ItemsBestivalElliot Vincent JonesFestivalFestivalsGrimesontarioRob da BankTorontoToronto ONWoodbine Park
← Previous Story Field Trip is back for year four and here’s what you can expect.
Next Story → Canadian acts you shouldn’t miss at Osheaga