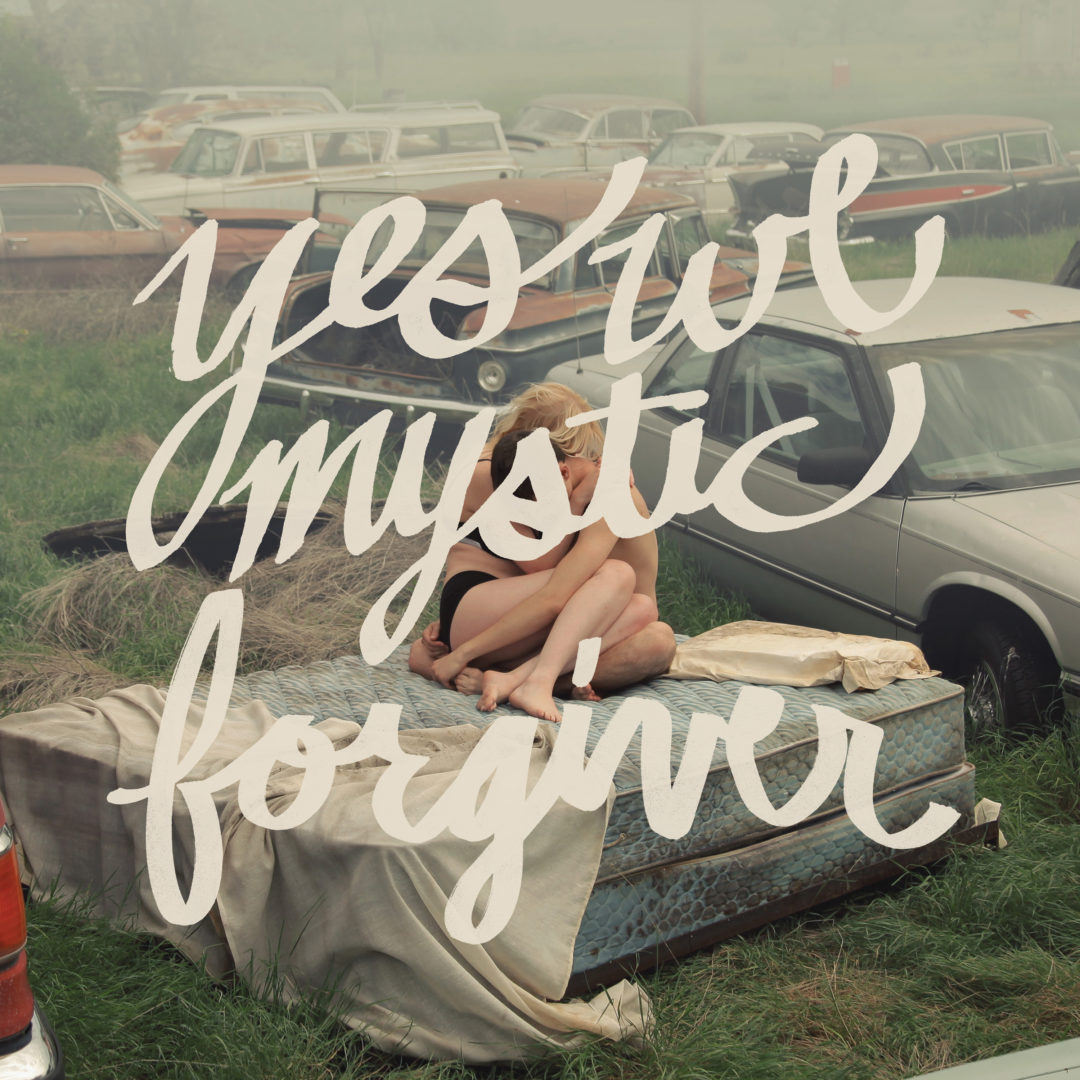 Winnipeg, Manitoba, based indie rock band Yes We Mystic are determined to create music that everyone can appreciate. The listener can enjoy the album, as it can be calm and soft versus intense and powerful. The band members are Adam Fuhr, Keegan Steele (vocals, mandolin, synth), Jordon Ottenson (drums, electronic drums), Jodi Plenert (cello, keyboards, vocals) and Eric Ross (violin, synth). Yes We Mystic are growing as a band and have gotten recognition in the Canadian indie scene since they released their first “complexly orchestrated masterpiece” of an EP Floods and Fires and toured across Canada in 2013. Yes We Mystic are due to release their first full-length album Forgiver in Canada and Germany on April 29, 2016.

The song that first caught my attention was “Undertow.” It’s the second song on the CD and it fully captured my interest with the melody and different instruments used to create something so great to listen to. I loved the song upon the first listen and it left me wanting to hear more instantly. The next song that captured my interest was “Odessa Steps,” which is the seventh song on the album. It’s a faster-paced song compared to the others and it displays the sheer talent that Yes We Mystic hold. I fell in love with “Odessa Steps” because I liked how they put it together with a catchy chorus and instrumental bridges. Overall, I enjoyed listening to the whole album and will be adding it to my music collection upon its release.

If you are looking for something new to listen to, Yes We Mystic is definitely that band I would recommend. I can honestly say that it was a good experience and I am excited to see what comes from them in the future.