By Remington Fioraso on April 29, 2016@https://twitter.com/RemingtonFD 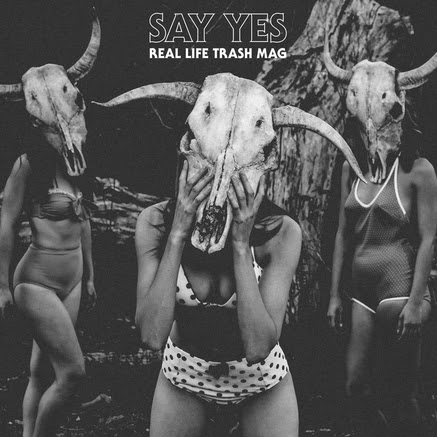 Upon hearing that the album was the first by the group, I was surprised of how well the album was crafted.  When diving more into the background of Say Yes, it made sense.  The three members are veterans of the Canadian rock scene.  Through their past experiences in playing in Alexisonfire, Saint Alvia, and Jersey, the band knows what works and are able to deliver a small package with a big sound.

Although finding rock music typically repetitive and similar in sound, Real Life Trash Mag does not have the commercialized feel to it.  It is simply put, a solid album that is tour ready.  The quality was consistent with no tracks seeming out of place.  When playing the album, I found myself listening to each song straight through without skipping a beat.  From “Once Forward, Twice Back” to “Sea of Trees”, Real Life Trash Mag has definitely peaked my interest in hearing more from the band.

I would recommend checking out the single “Once Forward, Twice Back” to get a taste of the album if you are hesitant.  However, if you generally enjoy rock music, I believe you would enjoy the album as much as I did.