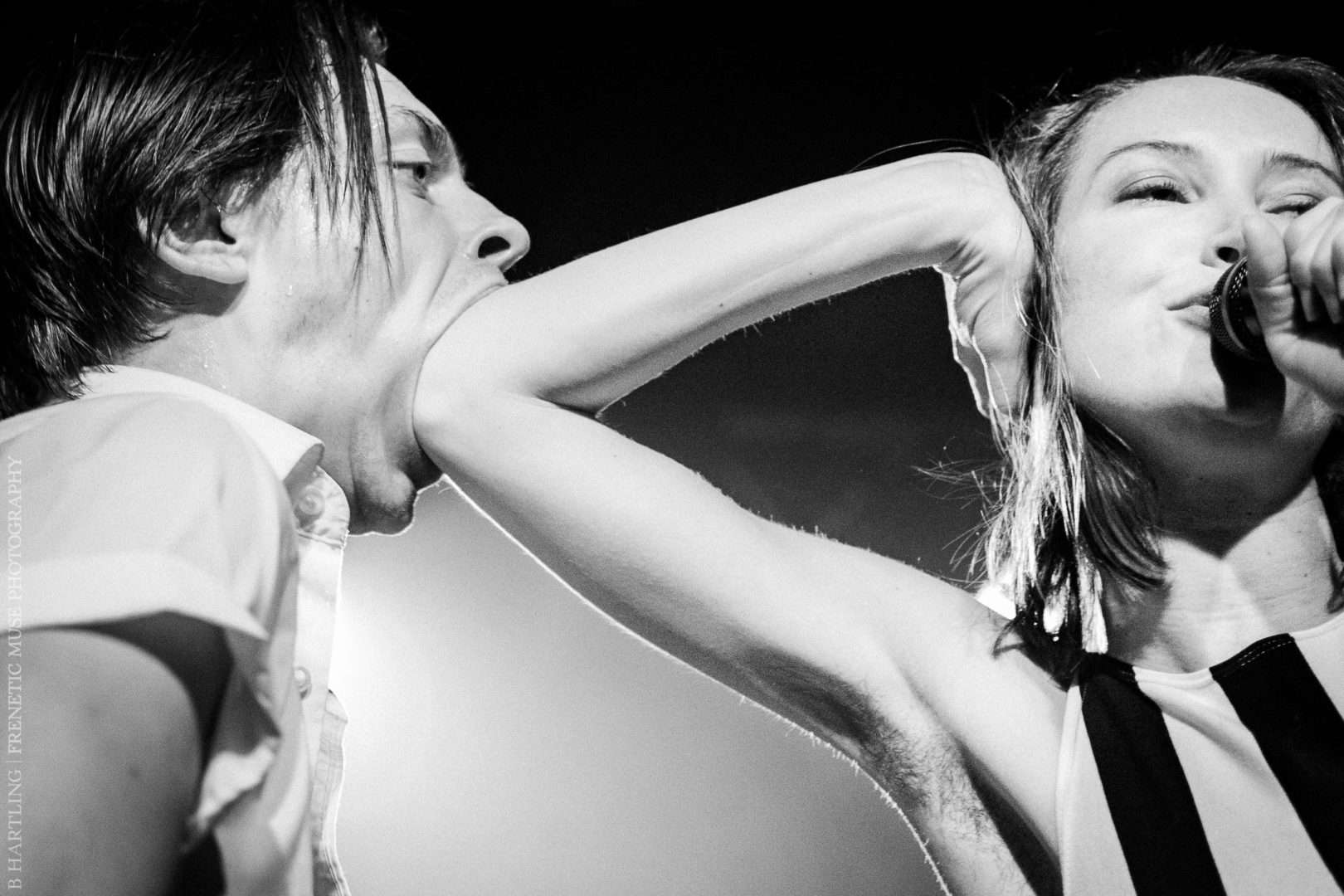 July Talk are building a name and reputation on the often harsh and contrasting dynamic between their co-lead vocalists, Leah Fey and Peter Dreimanis. Both vocally and on stage the duo clash in the most exquisite of ways, Fey’s vox being an upbeat, almost innocent sounding pop style while Dreimanis is known for his deep, gravely tone that has been likened by many to Tom Waits. During live performances it is perfectly normal to see the two slapping, biting and otherwise abusing each other for one of the most tension filled and fun to watch live shows going.

This back and forth is captured to perfection in the bands newest release, the surprisingly disco-centric, “Push + Pull”.  The conflicting vocal styles from the two often feels like a slap in the face with each turn from verse to chorus that will leave you begging for more. Throw in a driving bass line, incessant and insistent drums and crushing guitars and the track leaves you feeling lost in a wonderland of sadomasochistic delight that will hopefully leave you feeling satisfied until the band’s sophomore release drops later this year.