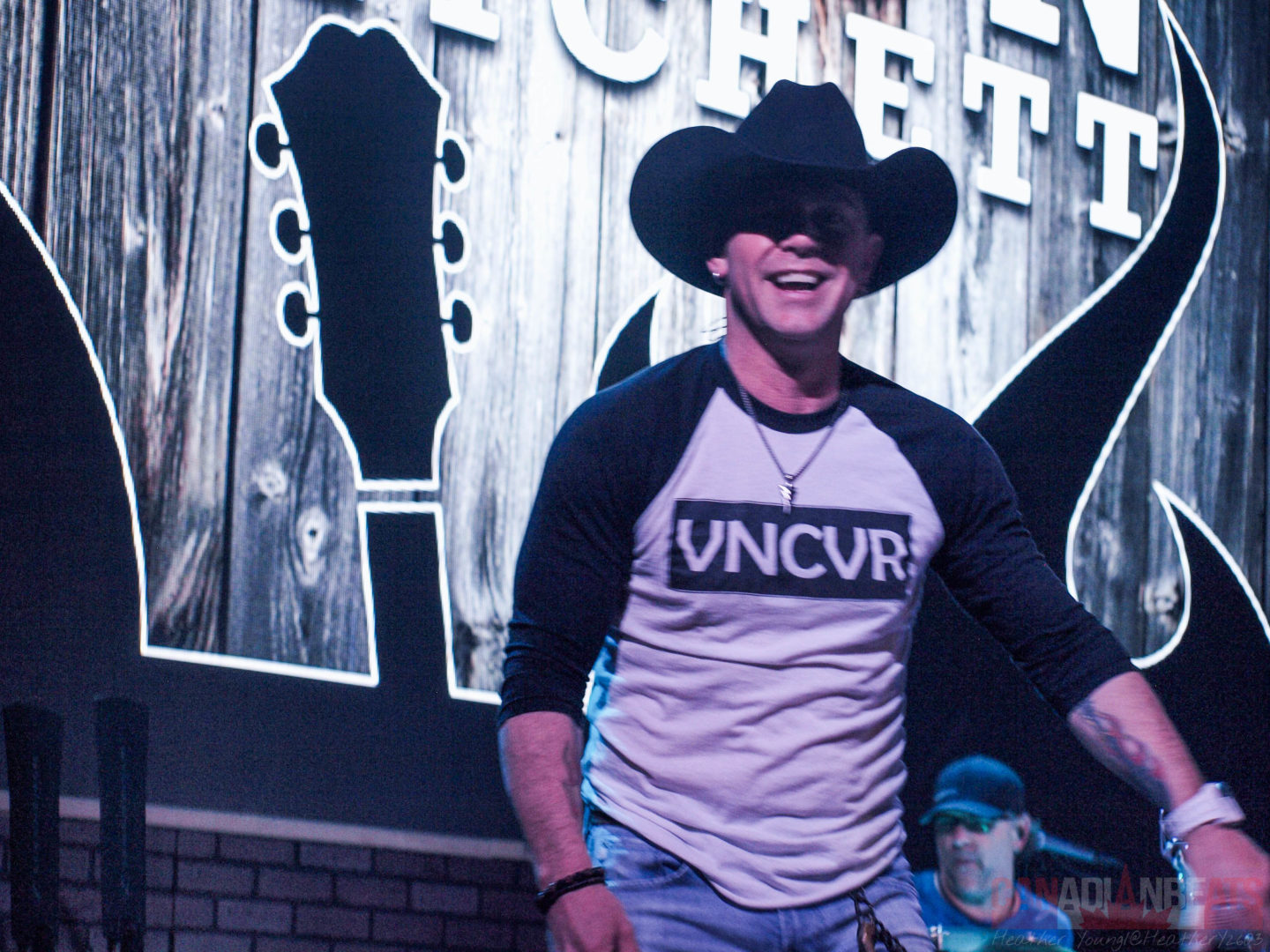 Aaron Pritchett rolled through Calgary on Friday to play the legendary Cowboys Dancehall. When you mix a Friday night at Cowboys with Aaron Pritchett you just know you are in for an incredible night. Aaron is well known for his high energy, rock influenced country shows. And a packed house full of dedicated fans were ready to take every second of it in.

We were lucky enough to snag some meet and greet passes prior to the show, and joined some very eager fans waiting patiently to get a quick photo. Aaron was very gracious, greeting everyone with a smile, and a “thank you for coming”, and there was definitely no shortage of girls falling hard for the man of the hour.

Then came the time for Aaron to hit the stage. The whole place was buzzing with excitement and the beer was flowing in true country star fashion. Aaron stormed the stage opening with his smash hit “Let’s get Rowdy”, and the whole place did exactly that. It was the perfect way to start the night. Aaron Pritchett continued to bring the house down with his other hits like “My Way”, “Big Wheel”, “Done You Wrong” and newer hits like “Dirt Road in ‘Em”. Aaron danced across the stage with impeccable energy and obvious passion for being on stage. He even included an Eagles tribute singing “Seven Bridges Road.

After tearing up the stage with hit after hit Aaron thanked everyone for coming and ended the show. But wait! Where was everyone’s favourite “Hold my Beer”? The crowd chanted numerous chants trying to keep the party going, with that kinda love how could he not come bounding back on stage.

Aaron came back to kill the show with a bang you could probably hear in Nashville!

Aaron performed a medley of rock hits from Green Day, ACDC, Def Leppard, Nirvana and many more! The crowd was going crazy! And finally he closed with the song that everyone was waiting for, and also the song that is still stuck in my head days later, “Hold My Beer”.

The show was an absolute crowd pleaser that made for one kick ass country bar Friday night! I highly recommend you catch Aaron Pritchett live and check it off your bucket list! You won’t be sorry! Big shout out to Kevin Klockow at K Entertainment Ventures for the hospitality and hooking us up with this show! 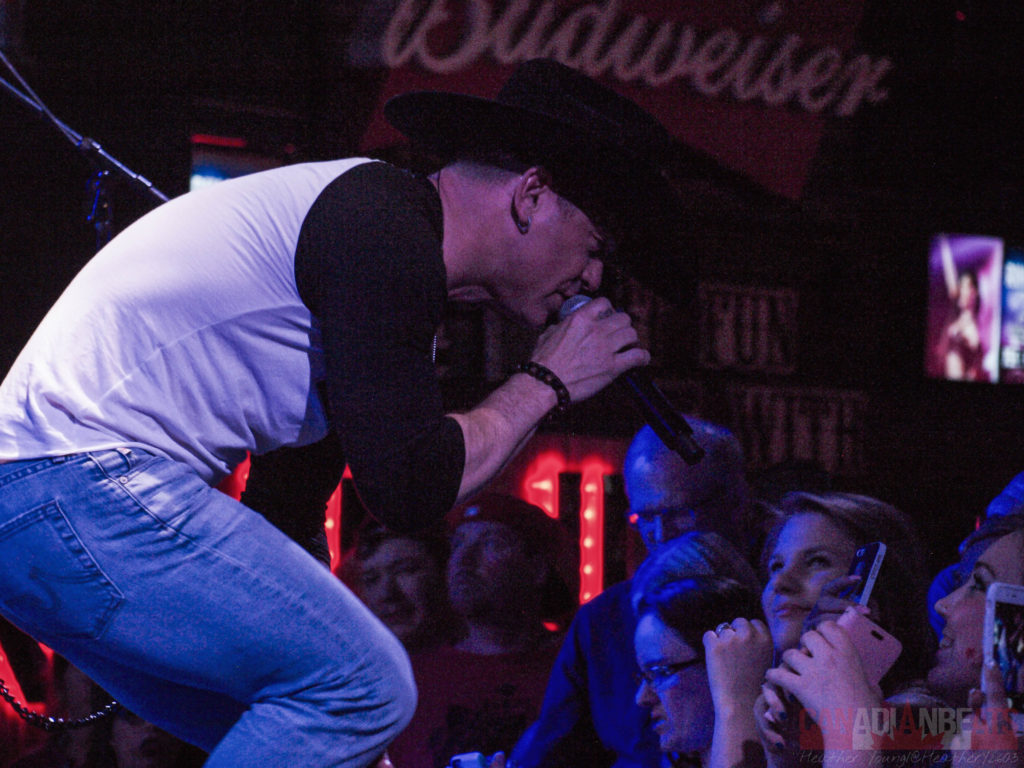 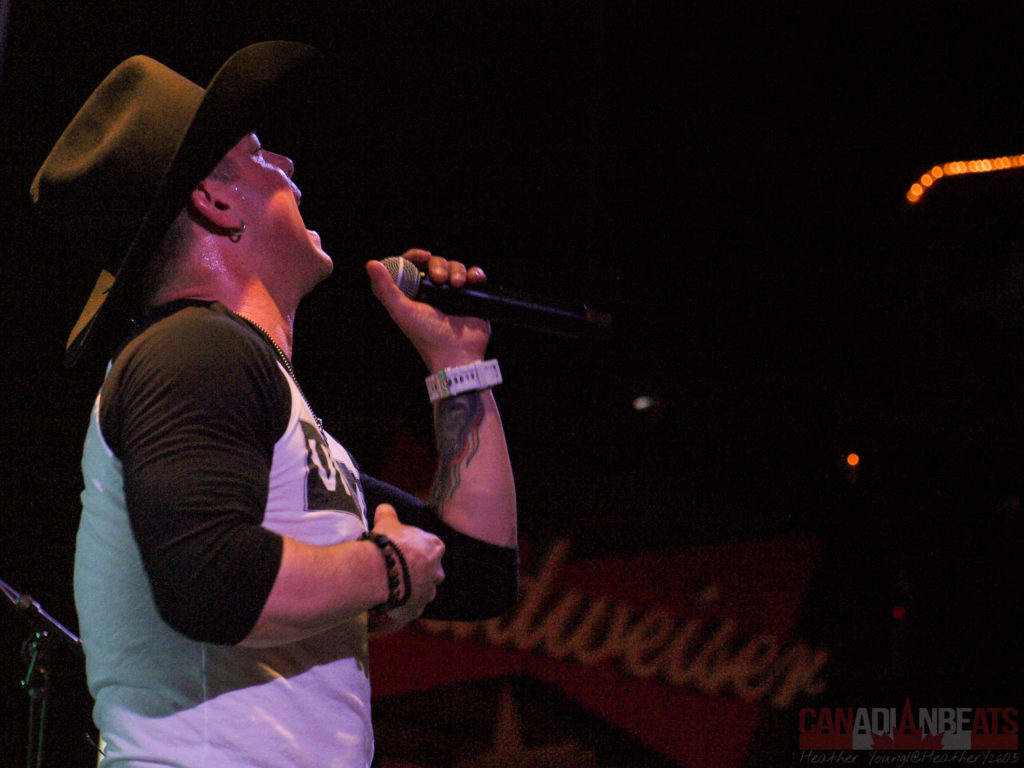 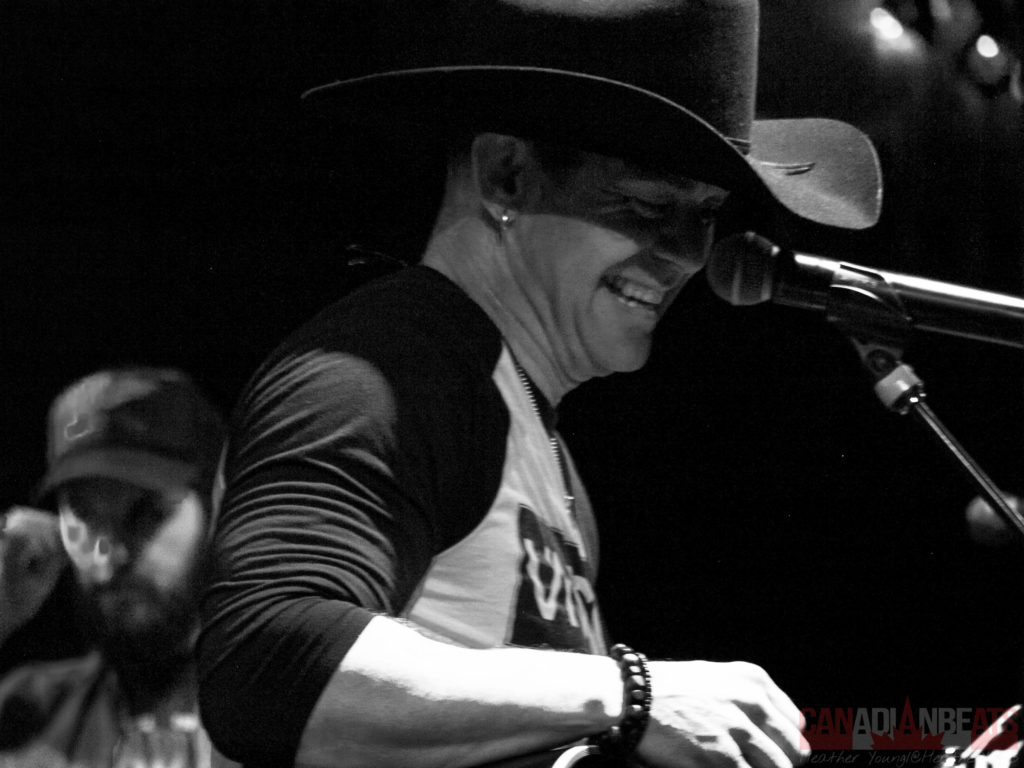 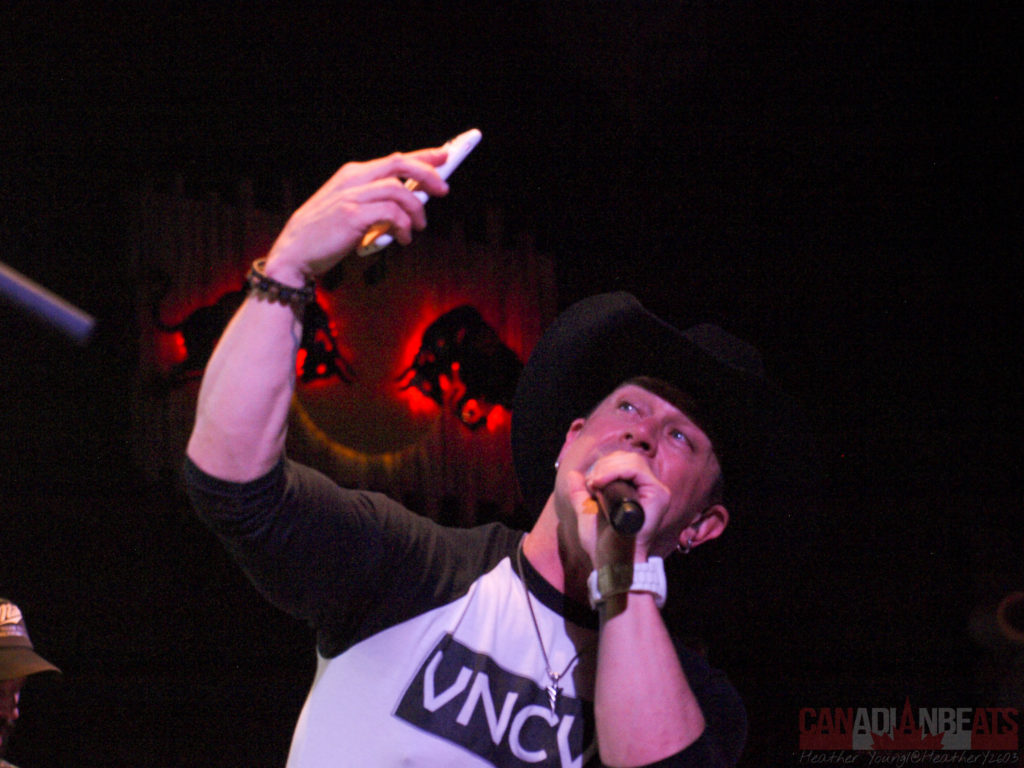 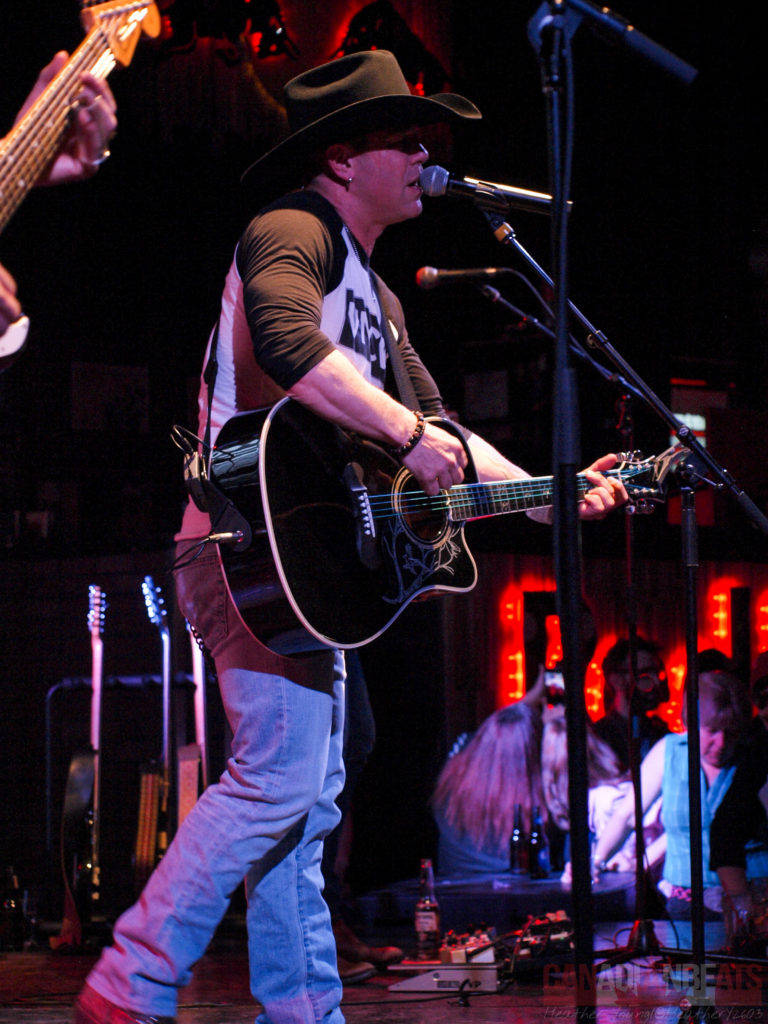 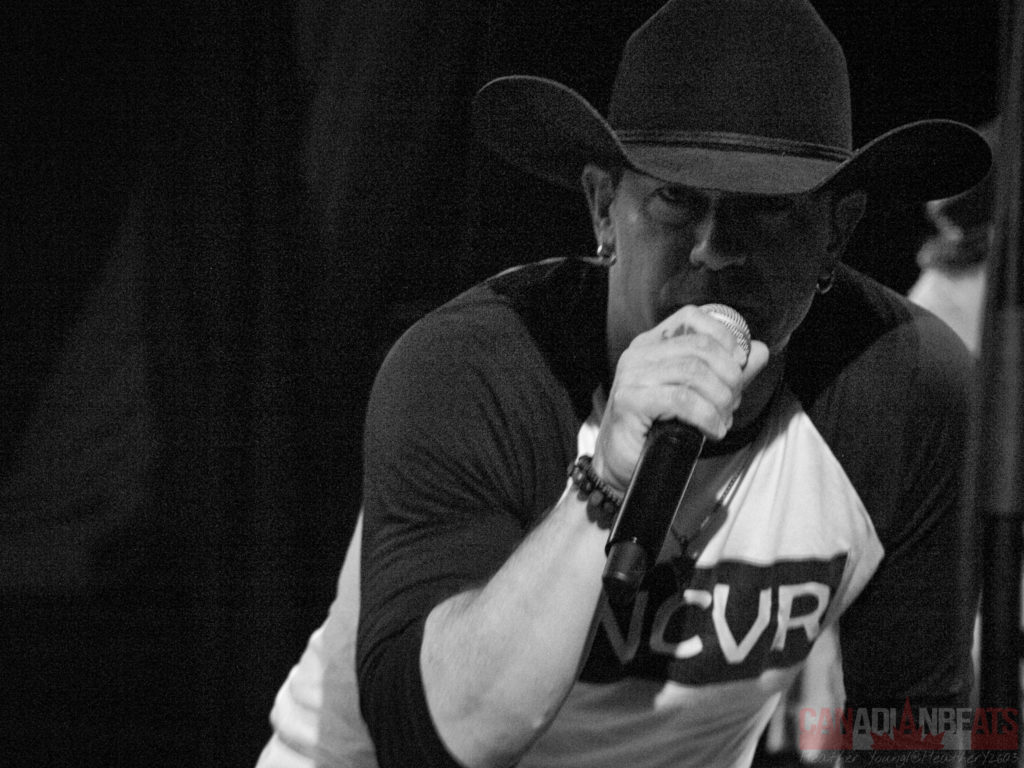 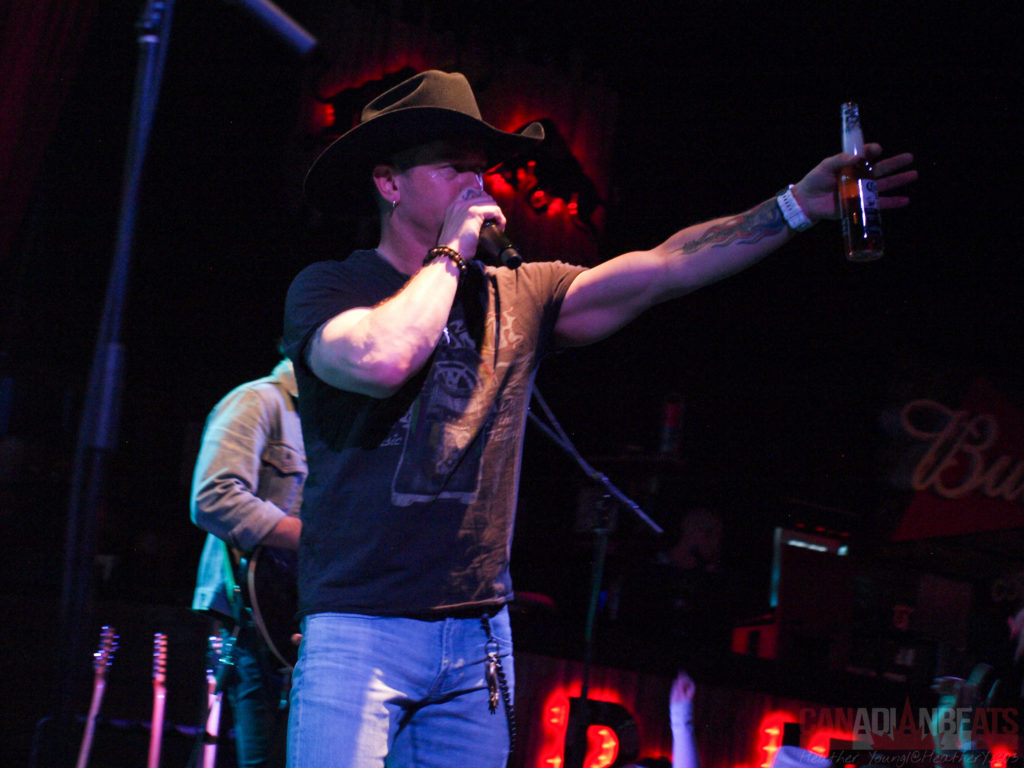