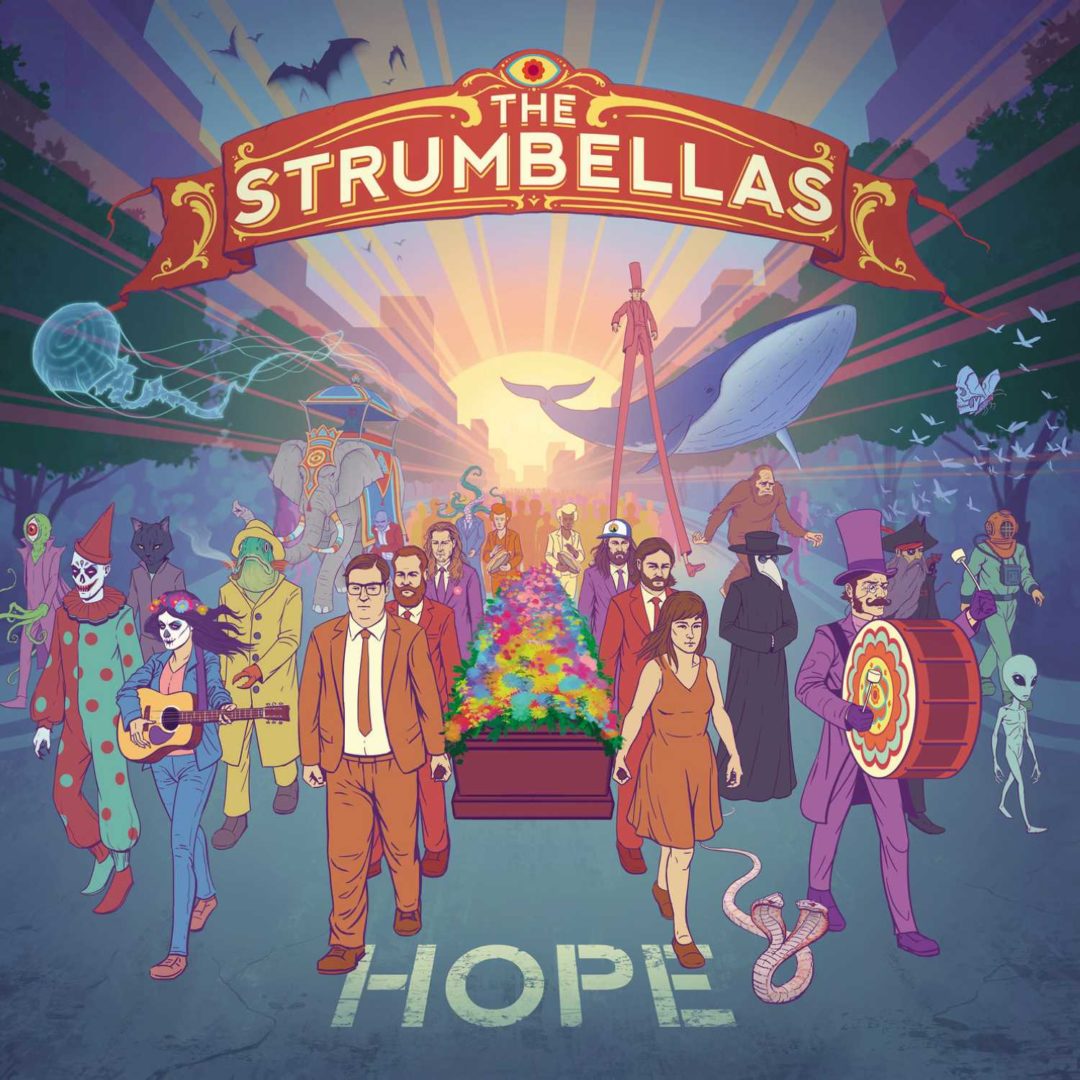 Simon Ward et al, over the course of the bands discography, have proven time and again that they have perfected the formula for writing anthemic folk-pop hit after anthemic folk-pop hit. Simple straight forward lyrics heavily salted with cliché pop music tropes, catchy soaring harmonies in the choruses, full bodied rhythm guitar and an understated but elegant rhythm section. Lather, rinse, repeat. Formulaic however is not necessarily a bad thing and The Strumbellas add just enough variance track to track to keep the album sounding fresh from start to finish while maintaining their signature sound. With their third full length album they have taken that formula over the top with the addition of a story arc that embodies and imbues in the listener the very name of the album, Hope.

The first single from the record, “Spirits”, has been charting in both Canada and the US since its release in 2015 gave us a glimpse at what to expect with this album and its themes of battling personal demons and death continue throughout the album. The combination of Ward’s conflicted lyrics filled with struggle and desperation combined with the lofty instrumentals, rather than leaving the listener feeling disjointed, only serve to heighten the swell of hopefulness filling you with each smattering of life affirming lyrical sentiment he throws your way to lift the darkness.

The real standout on what is decidedly the Ontario sextets best offering to date, is the definitively non-Strumbellas sounding “I Still Make Her Cry”. Gone are the signature folk guitars and violin and in their stead we have only Jason Sniderman’s delicate work on the keys and a stripped down vocal performance from Ward, proving that sometimes all you really need is a piano and solid song writing. Alternately the one downside on an otherwise solid record is “The Night Will Save Us” which, though possessing a catchy enough hook to get you moving lyrically starts to feel crushingly repetitive with each chorus.

As an aside it also has to be mentioned that it is one of the most perfectly mastered albums I’ve ever listened to and is a testament to the genius of Howie Weinberg. No matter on what device or with what speakers/headphones I listened to it next to nothing was lost. Even at full volume on a cell phone with a pair of $20 ear buds there was no clipping of the high end or rattling bass. The full, multi-layered sound of the lofty harmonies and soaring instrumentals throughout the album are maintained exquisitely from device to device. It is just the sort of record that was made for vinyl and yet, it is so skillfully mastered even a diehard LP lover like myself enjoyed the digital listening experience.