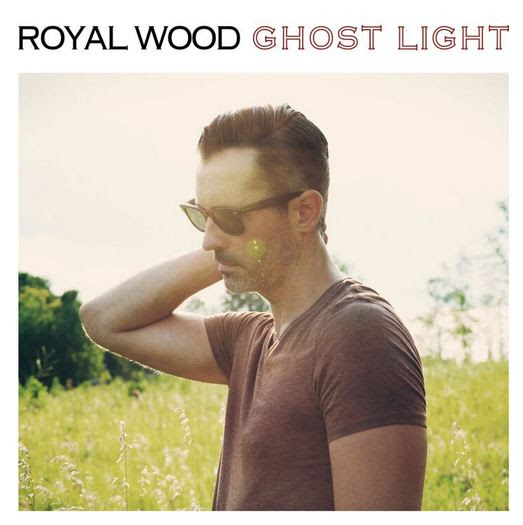 Toronto singer/songwriter Royal Wood has released his newest album Ghost Light. The twelve song release (with two extra songs on the iTunes deluxe version) was released on April 22nd, 2016. With many recognitions in his musical career, including being named Songwriter of the Year by iTunes (2008), multiple JUNO Award nominations, plus having two albums that debuted in the top 30, the multi-instrumentalist is definitely a force to be reckoned with.

The album in its entirety is impressive. “A World Between Us” opens Ghost Light on a softer note riddled with harmonies and relaxing melodies. “Til the Morning Comes”, also a slow song, is played primarily on acoustic guitar and is definitely one of my favourites off of the album. It tells a love story that may not be going according to plan, but they’ll love each other until the morning. “I’m Gonna Marry You”, another favourite of mine on the album, is more upbeat than the previous songs. The more carefree music lends itself to the overall lighthearted and fun feel to the song. The title track closes out the album with a slow, heartfelt piano ballad. The album also includes the previously released single “Long Way Out”, which was released in October of 2015, as well as two bonus songs on the deluxe version of the album, “Good To Be Young” and “Spell”, which features Rose Cousins.

I hadn’t heard of Royal Wood until this album but after listening to Ghost Light a few times, I am going to make sure this isn’t the last I hear of him. The mix of slow and faster songs allows the listener to choose what they listen to according to their mood or just sit back and enjoy the ride and stories of the songs. Royal Wood also has a few upcoming tour dates which can be found here. Be sure to head out to one of the shows if you can to experience his immense talent in person.