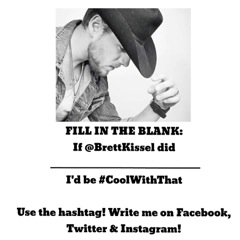 Alberta-born and raised country music star Brett Kissel recently released “Cool With That,” his third single from his 2015 Juno-nominated album Pick Me Up and after five teaser videos, Kissel has now revealed the full version of his video. This song is about the early days of dating his future wife and love of his life Cecilia. The two met shortly after high school and they would throw out different ways to spend time together until they came up with an idea that was cool with both of them. “Hey, I’m cool with that!” And many years later, the concept for this fabulous song was born.

Kissel is interacting and having some fun with his fans (he actually won 2014 Canadian Country Music Association Interactive Artist of the Year) with this video. Head on over to his Facebook page, Twitter or Instagram and look for his post then fill in the blank:

NEXT WEEK Brett’s team and he will be selecting as many fun and clever tweets, Facebook posts and Instagram comments as they can. What would you be cool with doing with Brett Kissel? 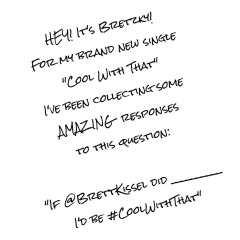