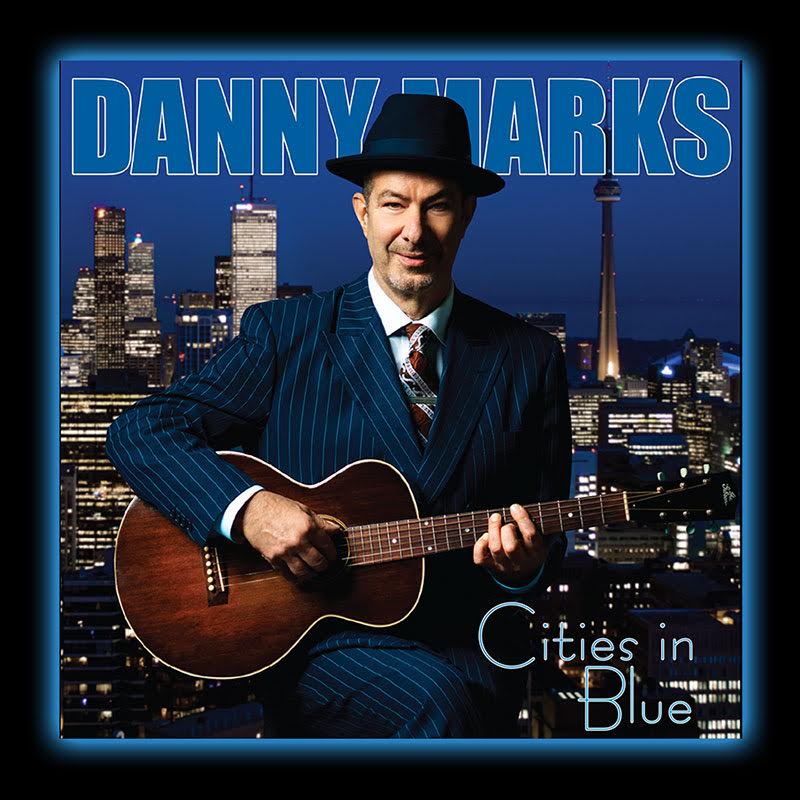 Toronto, ON based artist, Danny Marks has released an album entitled, Cities in Blue. The album is the soundtrack recording to Danny Marks’ popular television series on HIFI TV. Cities in Blue features some well-known Canadian blues musicians, such as Julian Fauth, David Rotundo and more!

I love the concept of the album, like we’re travelling along with Marks on a trip, stopping in such places as Kansas City, Memphis and New York. Each song has a slightly different vibe, but one thing is consistent; talent.

“Kansas City Shout” has a beat that will have you wanting to dance around the room, whereas “Blues Came to Chicago” has a different feel, that will make you sing, but maybe not dance around the room. My favourite on the album has to be the opening track, “Houston to L.A.”, I had that track on repeat for a good amount of time and can say that I enjoyed it thoroughly from the opening line until the end.

If Danny Marks has caught your attention and you want to hear more, be sure to head to his website and check it out!