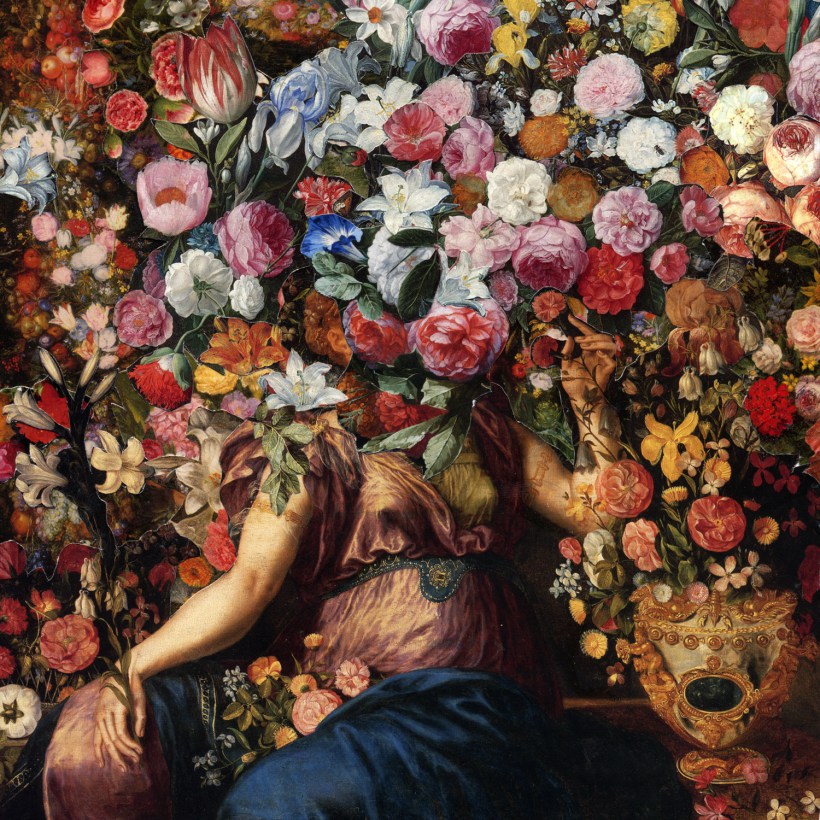 An experimental technique used by the British Navy in World War I, “dazzle camouflage” was to hide in plain sight, to use bright colours and unusual geometric patterns to conceal and mislead keeping the true nature of the camouflaged ship unknown through interlocking and intersecting geometric shapes. The ship was still visibly seen, but it was difficult to pinpoint its location, size, and trajectory resembling a jagged floating rectangular cube, as if Picasso was playing with Lego.

Dazzle Camouflage begins with “I Do, Do You?” concise vocals accompanied by meticulously placed instrumentation. The verse opens up into multiple distinct musical lines, the bass and guitar simultaneously line up and weave around each other, a tapestry of sonic smoke, musical incense soaring heavenward. The snare locks and fills in the groove. The drum part is kinetic and tasteful, busy without pretentions, if Keith Moon played at a quieter dynamic level.

Guitar intros, such as on “Closetalkers” and “Gold Teeth”, are reminiscent of The Smiths’ Johnny Marr, if he played lead guitar for the Cure.
The guitar lines throughout the album are clear and precisely played. Touches of echo, and the wisely placed standalone held chord, turn Haynes and Harrower into guitar gunslingers in a polite standoff, strong presences that are never over bearing.

There is treble timbre to the vocals, nicely settled high range voices with a comforting warmth. Harmonies are tasteful and well-place as Haynes, Douglas and Harrower masterfully blend their distinct voices to create a harmonious vocal lines, beautiful arranged and welcoming. Moments of Regina-based Rah Rah with pure vocal interpretation.

The exploration of sound is immense on Dazzle Camouflage as ambient sound, room noise, and amp hums became essential to the arrangements heightening the sense of intimacy.

The track “Gabriel (blind boy)” opens with a few seconds of barely audible room and mic hiss, creating a sense of intimacy and warmth. From the room noise a pianissimo backwards guitar slowly crescendos sounding like an underwater, pulsing calliope accompanied with waving cymbal rolls washed through a flange effect, gently rolling forward until it breaks for the main riff. The pre-chorus comes through with the distinct bass line and a solo drum line which is natural and organic not being played off as a forced drum feature. “Gabriel (blind boy)” closes like it began, with a few seconds of fading amp noise mirroring the introduction, a complete cycle of sound.

Throughout the album are Kim Deal (Pixies) influenced bass lines with independent progressions and movement from the guitar, up front and distinct in the mix.

At the half way point, “Interlude” brings a gentle sigh to the album, an intimate track reminiscent of Alisson Kraus if she was guest appearing on Neco Case’s Furnace Room Lullaby being played through a ghetto-blaster in heaven, Pastoral and ambient, “Interlude” is hauntingly beautiful and elegantly raw.

“Acting Strange” has Douglas on lead vocals, floating along a track of pop rock purity with strong musical integrity. One for the strengths of the album is the HIGHS courage to allow their songs to breath, to create room and silence when needed, by allowing their instrumentation take the lead parts as needed, having the musical maturity to not have everyone playing at the same time.
The production, helmed by Luke Smith (Foals, Depeche Mode), is simply amazing, clear and brilliant with each instrument having its say without talking over the other, a choir of unified independent sounds.

With strong hooks and mature musicianship, HIGHS songwriting and arrangements are strong enough to appease the upper echelon of music snobs and causal listeners alike.