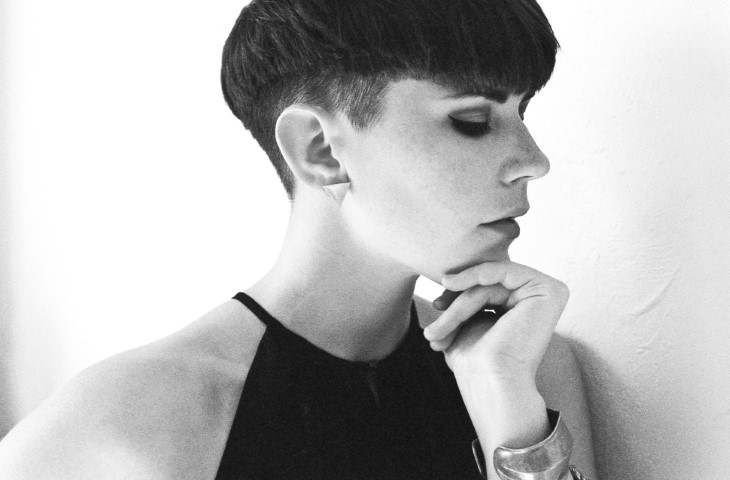 Vancouver, BC based pop singer-songwriter, Kaylee Johnston took some time out of her busy schedule to have a chat. Yesterday, she released her brand new single, “Getting Over You” to iTunes and Canadian radio, and now has released a brand new video for the single, see it below! The single was mixed by Orlando Vitto. She is going nowhere but up since securing a spot in the finals of the Canadian Radio Star competition as a young teen with her song, “Arms Around Me”.

Hello world! My name is Kaylee Johnston. I’m a pop artist from Vancouver, Canada and I write all my own material. I also happen to love hot chocolate, dinosaurs, and cuddling.

Five years old. My ears perked up when my mom’s friend mentioned a talent show my elementary school was hosting. I sang “A Whole New World” from Aladdin in front of 500 people and I was sold.

You released your new single, “Getting Over You” on April 15, what can you tell us about the writing process?

The song came from a heartbreak I was literally just starting to “get over”. I needed some kind of power anthem for myself to get through all the pain I was feeling. I wrote the first verse in my first session with SA Trackworks, and then the rest of it came together pretty quickly after that.

You worked with Orlando Vitto on the single, what was it like working with someone who has worked with the likes of Kelly Clarkson, Britney Spears and Kelly Rowland?

Orlando is the nicest guy ever! No ego, super down to earth. He made me feel really comfortable and was open to all my notes and comments as we developed the mix. I feel very lucky to have worked with him.

The video for “Getting Over You” releases on April 19. How did you come up with the idea behind the video?

I wanted to shoot a video that took the song to a deeper place. My idea was to find 3 artistic, talented women and showcase them “getting over” their own personal struggles. When I took the idea to my director Dan LeMoyne he loved it. Something I really value is empowerment and I hope when my fans see the video they feel empowered to take whatever they’re going through and use it towards something productive and inspiring.

The girls! All 3 of them were incredible and unique in their own ways and I felt so lucky to be working with such stellar women.

In the past, your song “Ego” was featured on Degrassi: The Next Generation, what was it like to hear your music on television?

Soooo cool 🙂 First time I heard it was totally surreal!

You have shared the stage with such huge Canadian acts such as Carly Rae Jepsen and Marianas Trench, which other Canadian artists/bands would you love to share the stage with in the future?

If it were 20 years ago, Heart would be my number one choice. “Crazy on You” was a song I use to cover, and they were a huge inspiration to me when I first started songwriting. But who knows, maybe that can still be arranged 😉

When can fans expect tour dates from you?

That is in the works right now! We’ll be announcing some festivals soon, and hoping to be able to announce tour dates early summer!

If someone has yet to see you perform live, what should they expect from your show?

Tons of upbeat, positive energy. I put everything into my shows and I’m very honest and open with the crowd. I love seeing people react to the songs, and I love sharing stories about where they came from.

I feel like right now Canada is killing it in the music scene. The Weeknd, Drake, Justin Bieber, all of them are putting eyes on Canada. I also love some of the talent that’s just breaking through like Ria Mae, Coleman Hell, Dear Rouge, Shawn Hook, and Alessia Cara.

What was the very first album you ever purchased?

When you think of springtime, what’s the first thing that comes to mind?

What is your favourite meal to prepare?

What is the first song you remember performing in front of a crowd?

“A Whole New World” in Kindergarten.

I love dinosaurs so much. Sometimes I have dreams with velociraptors chasing me and one part of me is super scared, and the other part is freaking out because I’m so stoked to be so close to one. Hahaha yes, and I’m super weird.

Just that I’m so grateful to everyone who’s been supporting me along the way. I’m really proud of this single and the music video, and am looking forward to releasing the full EP June 3rd!