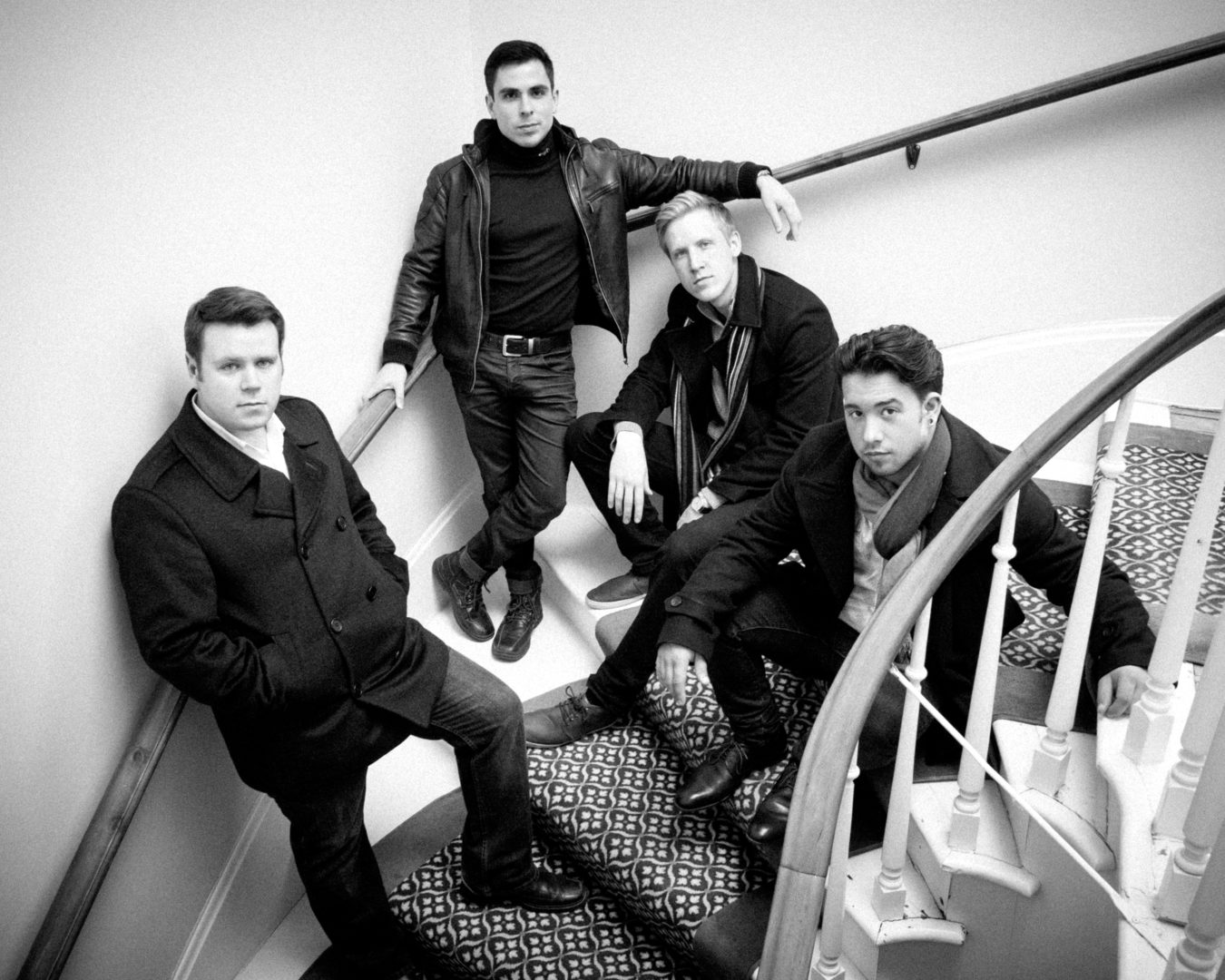 I recently had the chance to ask the members of Kitchener-Waterloo alternative rock band, Relic City, a few questions about Pull Me In, their recent album release and what they have planned for 2016.  You can read Canadian Beat’s review of their album here.  Interview questions were answered by Taylor Leith (vocals, guitar) and Dave Mansell (bass, producer).

How would you describe your sound for someone who has never heard your band?

T: I’ve been listening to a lot of 90s Canadian alt-rock which has kind of made a comeback lately and actually, Dave listened to that stuff in high school since he’s the old guy in the band, so our sound evolved out of a mutual admiration of that genre.

T:  I’m a huge Thornley/Big Wreck fan, definitely I Mother Earth, OLP
D: I can’t argue with those choices!  But I’d add in Hawksley Workman who was a major influence for me when I started getting serious about writing.  And lyrically, I’ve always been a huge fan of Gord Downie.

In September, 2015 you were named winners of the  “Battle for KOI”.  How has this moment influenced your progression as a band since?

T: It was a huge eye opener for us.  We entered the competition on a whim while we were still producing Pull Me In.  It was literally our first gig and we ended up winning the whole thing which was awesome and a bit shocking for us, in a good way.

D: We just released Pull Me In on iTunes and online as of April 1st which is a big milestone for us.  We’re currently producing a couple music videos in support of the album which is exciting and we’re doing some tour dates in and around southern Ontario in the next few months.

T: “Take the mistakes that I’ve made put them on a shelf, put them on display”  which echoes the lyrics in Seasons at the end of the record.  I like to return to certain lyrics in different contexts sometimes when I’m writing and you can hear a bunch of it on this record if you really dig in.
D: In Paper People, I love the lyric “I will be the water, going as I please, and I’ll see where it takes me” I’m a big fan of strong imagery in lyrics and this one really works for me.

You took a rather unique approach to the video for “The Shelf”.  Tell us about the meaning behind it.

D: My wife Natasha actually helped me with the concept.  Originally we had talked about using a dancer in the same setting, but she thought of the piano/chalk idea which worked out even better.  The video is meant to feel surreal.   Taylor is in this isolated void with his subconscious, played by the talented artist Summer Lemieux.  He’s working through the mistakes of his life in his subconscious searching for meaning.  The piano represents one of the places in his life where he works his thoughts out.  Many of the song’s lyrics appear on the piano itself in semi-realtime with the song.  Because we shot it in August and needed total darkness, We had to wait until 10:30 pm to start shooting and then we shot it all straight through until 5:30am just before the sun came up.  It was gruelling and intense but lots of fun.

Who is the troublemaker of the band?

T: Everyone except Dave, haha.

T: I think we all have the travel bug, so that’ll be great when we can take RC on the road to places we’d like to visit.  But really we’re all writing and recording junkies so even when we’re not in the studio we’re pitching each other new ideas.

Are there any hidden talents among the members of the band that you care to share with Canadian Beats?

T:  Actually everyone in RC has hidden and not-so-hidden talents.  Emmett is a killer guitar player and writer.  Dave sings and plays a ton of instruments and is our resident filmmaker, Nick is an amazing singer in a prog-rock band.  We’re really lucky to have so many talents in the band and we like to tap into that stuff when we’re collaborating.

With spring finally here, we at Canadian Beats are thinking about festival season.  What summer festival are you looking forward to the most, and why?