Manitoba Country Music Association’s 2015 Roots Artist of the Year, Quinton Blair hails from a small town in southeast Manitoba where he lives on his hobby farm with his wife, his daughter and his horses. When Blair is at home, his passion is teaching his daughter all aspects of farm life and riding his horse on the many trails around his farm. He often rides to draw inspiration for new songs.

His home away from home is on stage at rodeos, county fairs, music festivals, bars and clubs from as far north as Kugluktuk, Nunavut and as far south as Tennessee. From the legendary Times Change(d) High and Lonesome Club in Winnipeg to the Nashville Palace in Nashville Tennessee, Q or QB (as he is known to many) has a blue-collar approach to his music. He is a singer-songwriter that captivates the audience at every show with his down-to-earth, brilliant, witty storytelling of the accounts of his musical career and his guitar pickin’ honky-tonk “real” country music / folk sound.

On Saturday, April 9, 2016, Quinton Blair had his premiere EP Release Show for Cash Crop in Winnipeg, Manitoba. Cash Crop is Blair’s third album released (Blues Man and Alone Under the Stars are previous releases). This EP features four tracks. Canadian Beats was very lucky indeed to catch this show. Donned in his signature blue jeans, plaid shirt, vest and cowboy hat, he took to the stage with a vivaciousness that impressed the audience like no other.

Blair played four sets to a crowd close to 550, some songs were just Blair and his guitar, but most were with his full band. He started the night off with a tribute to Merle Haggard. He and two band members performed an acoustic version of “Silver Wings.” And, being the gentleman he is, Blair removed his hat while performing this song showing the crowd the respect that Haggard deserves. Other tributes were made to local artists that he has made friends with and who have inspired him throughout in his career. 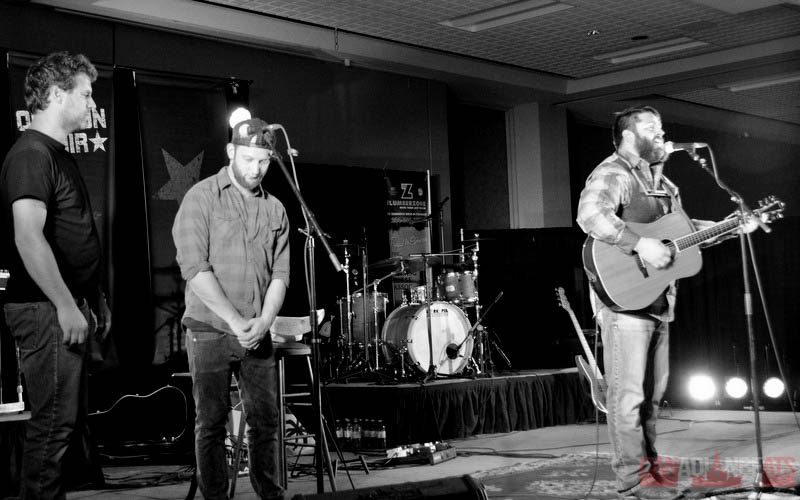 The first set had Blair performing songs from his latest EP Cash Crop. Having the steel guitar as an all-important instrument to his songs really brought the feel of “old country” and authenticity to his music. The songs on this EP all speak of relatable and honest experiences such as heartache, personal troubles and how these troubling experiences impact us.

Blair has a natural knack for storytelling so he connects with people of all ages. He captivates his listeners by making light of his life and career experiences. Because of this, Blair had the crowd in stitches many times throughout the night. He always thanks the folks for showing up and sharing his baggage with him. This aspect of his show is just as important as the songs he performs.

The second set was full of originals and covers. But, Blair also let the band take a break so it could be just him, his guitar and the audience. This is where he shines. He lived up to his reputation of a being a great storyteller during this time but also this is a time when he gets lost in his music and performs on a deeper level. One of my favorite stories during this set was Blair telling us how he sings to his little girl every night, and she will sometimes ask him to sing some of her favourites.

The second and third set also brought the two-steppers and line dancers onto the dance floor with Blair performing the crowd favourites “Working Man,” “Blues Man” and so many great covers. The band was there to please the crowd in these sets and they succeeded. 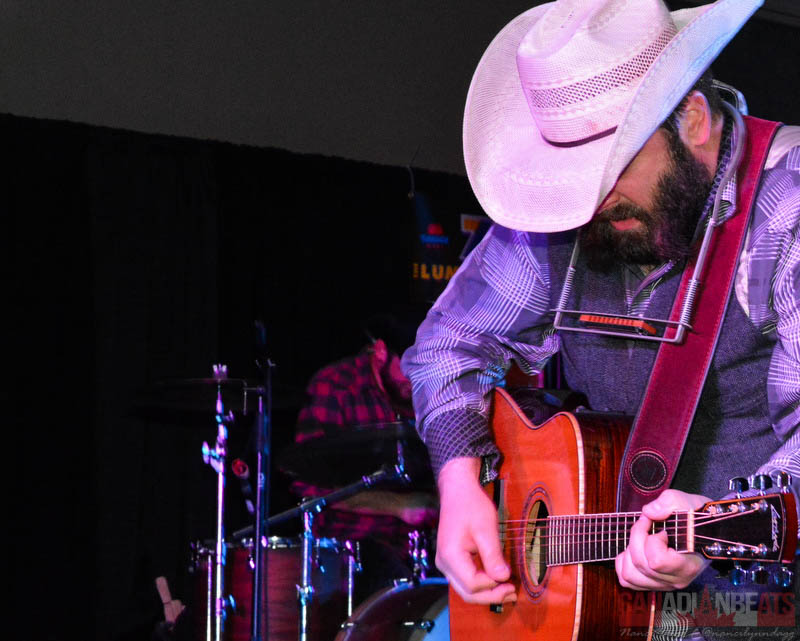 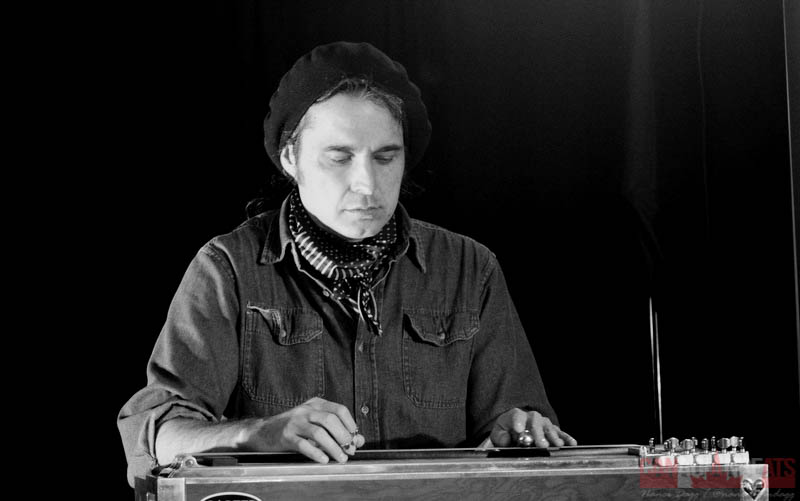 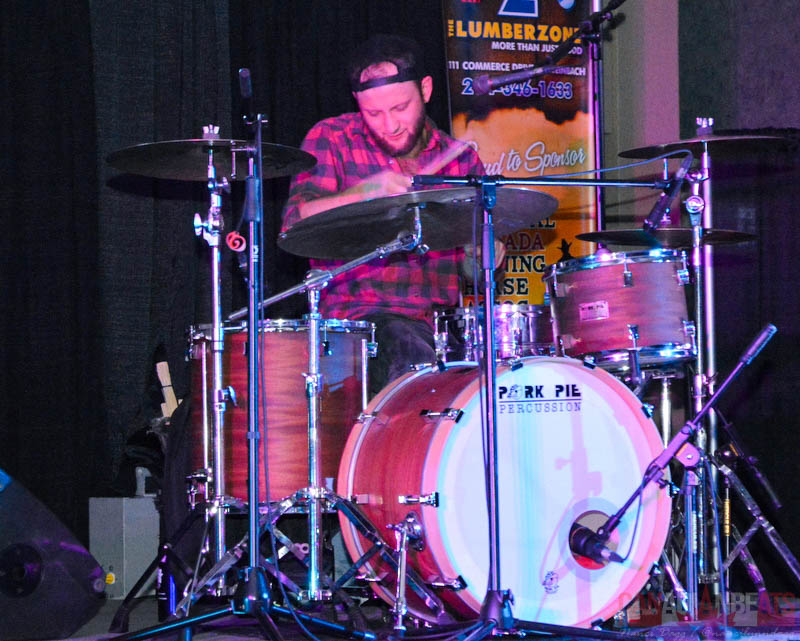 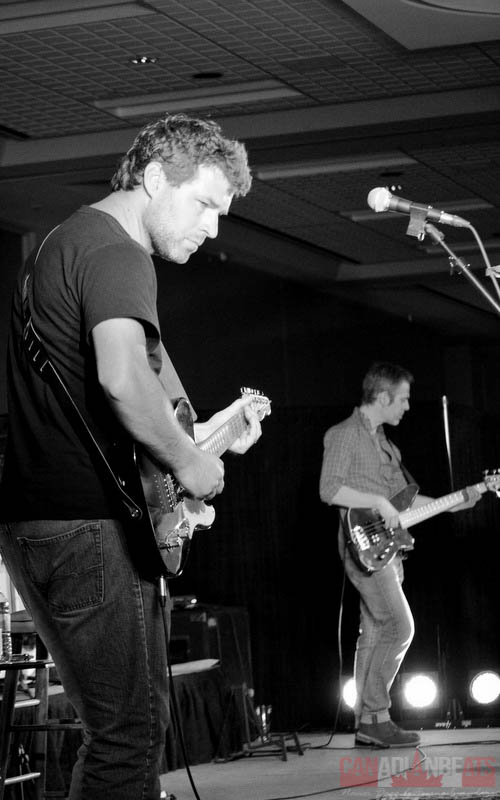 The final set of the night included guest performers Belle Plaine and Blake Berglund. This set had ballads as well as the honky-tonk songs that Blair is known for. Throughout the whole set the band played with an unbelievable amount of energy with a lot of crowd engagement and dancing. “Folsom Prison Blues,” “Tulsa Time” and  “Guitars and Cadillacs” were crowd pleasers. Blair ended the night with another tribute to Merle Haggard with “Mama Tried.” Well… that wasn’t the last song of the night. The crowd didn’t want the night to end so after many times of hearing “encore” Quinton Blair came back on stage with his guitar and pulled some people on stage so they could all sing the Tex Ritter 1959 classic “Rye Whiskey.” What a way to end a tremendous night! 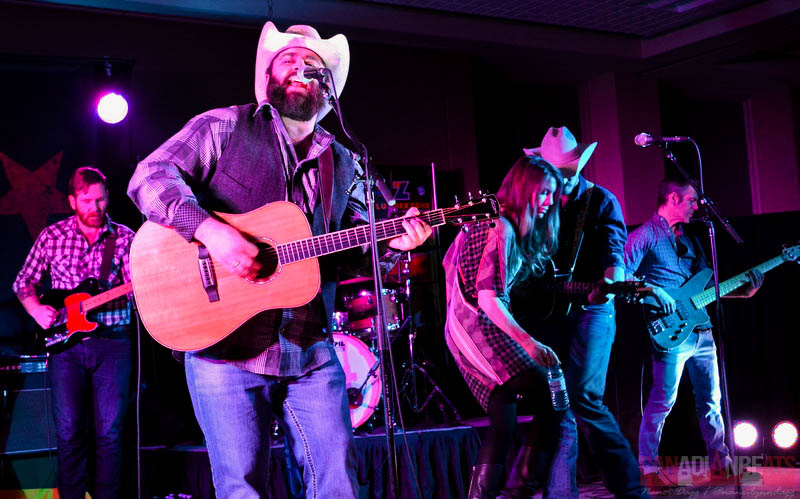 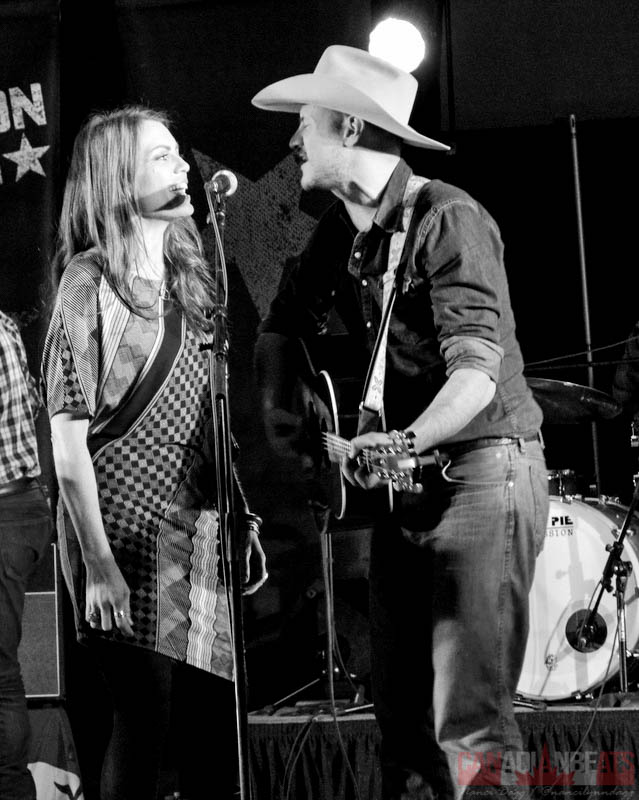 With the release of Cash Crop (on April 8) Blair is going on a one-month tour across Western Canada. If you find yourself in any of the following Western cities or towns over the next month, you should make a point of getting out to see Quinton Blair live. He is relevant on the Canadian country / roots music scene and an artist that will be scaling to the top. You won’t regret spending an evening with this charming and very talented man. And, I highly suggest that you add Cash Crop to your play list.