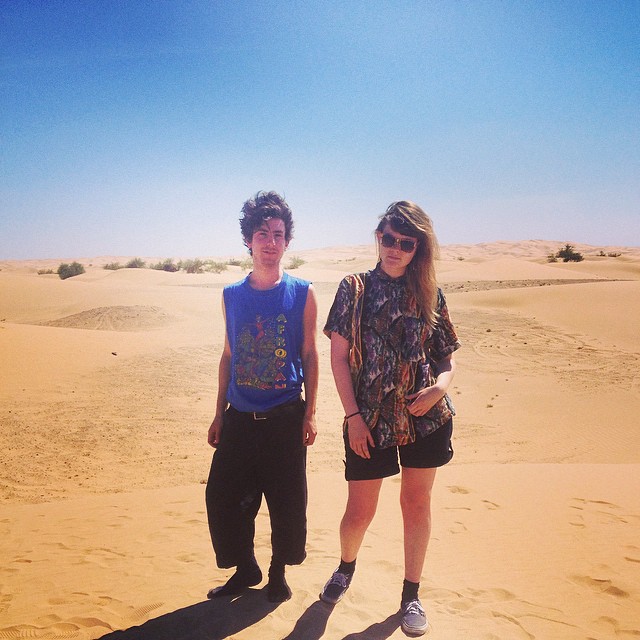 I recently had a chance to ask Toronto duo, Moon King a series of questions centered around their background, their music and their current tour throughout Ontario and Quebec, there are still some dates on the rise, check them out if you have a chance:

How did you meet and form Moon King?

I grew up a few blocks from Maddy in downtown Toronto, we’ve been friends since we were kids. we started playing music together in high school, and started doing some shows as ‘Moon King’ around Toronto and in New York around 2011.

You released your debut album, Secret Life last year, how has the response been?

pretty good I think! though to be honest I don’t read any reviews or anything like that, I think it’s bad for an artist to pay too much attention to that stuff. but I’m glad people are listening to it.

You are currently working on your sophomore album, how has your sound changed since your debut release?

Can you give us any hints on what to expect from your new album?

the songs on Secret Life were all very bleak and sort of intentionally reflected some very negative parts of my life, kind of difficult to perform without feeling anxious all the time. I think the new songs have this more like, glowing kind of iridescent feeling to them where you’re feeling a little more relaxed and peaceful.

You’re on tour throughout April with stops throughout Ontario and Quebec, is there a certain stop you are most excited for?

it’s our first time playing in Quebec City, so I’m excited for that, I’ve actually never been there.

For someone who has yet to see you live, what should be expected from your shows?

no sleeves. I hate sleeves. also, some very bright lights.

If you had to describe your sound in 3 words, what would they be?

hmmm maybe words like “glistening” , “lustrous” or “scintillating”, which is my favourite word.

When can fans throughout the rest of Canada expect a Moon King tour?

I’m not sure! hopefully very soon

definitely Suuns,  I listen to them a lot. also my friends Tops and Sean Nicholas Savage.

Do you have any plans for festivals this summer?

hmmm not sure about that yet, I don’t think we’ll be touring much until the next record.

If you were to put together a festival lineup, which other Canadian bands/ artists would you want involved?

well, those three above (Suuns, Tops, Sean Nicholas Savage), also some other friends like Hooded Fang/Phedre, Braids, Blue Hawaii, HSY, Omhouse, Doomsquad…. it would be sweet to have a big friend jam in the woods, or in a quarry somewhere.

watching the birds fly back home

I just moved to Detroit! I’m surprised myself!