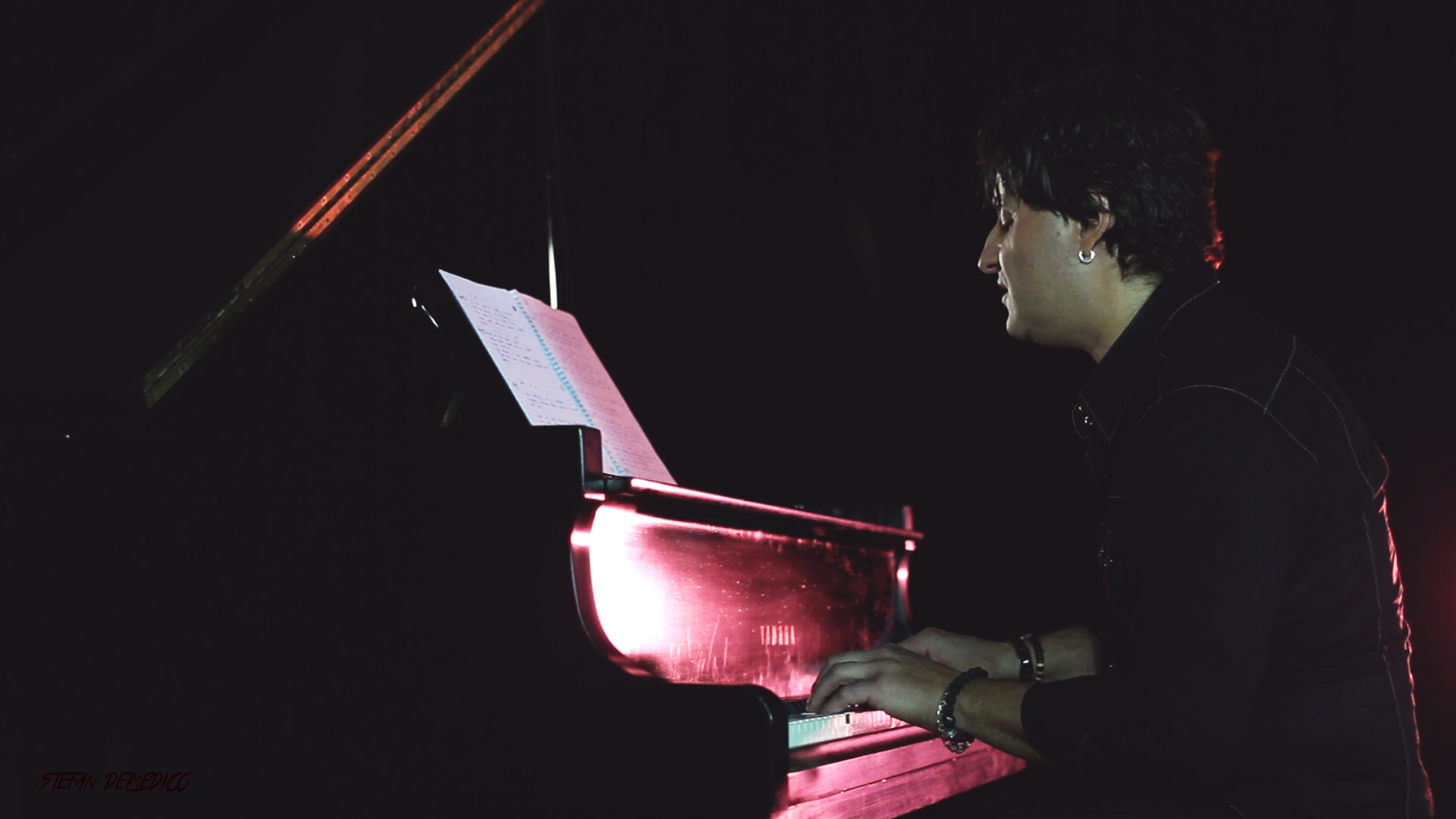 Dom Mar KZ is a Toronto-area singer/songwriter who has been creating and performing for over two decades. His long career has included several highlights including opening for The Scorpions and Bon Jovi. Most recently he has released a new single/video: “When It’s Tough To Be You.” Check out the video:

You started playing music at a young age. What was the first instrument you learned to play?

I started learning the guitar at age 8 but realized it was more difficult than it looked, so I quit. I then began to learn bass guitar at age 14. It was then, I knew I wanted to be a musician.

Is your family musical as well?

My dad fiddled around with the guitar and he loved to sing old Italian folk songs with his family and friends. My mom sang around the house as she did her house work.

Who would you say are your biggest musical influences?

In 2006 you won a radio station contest and received the opportunity to open for Bon Jovi at the Air Canada Centre. Can you tell us a bit about the contest and what that experience was like?

Q107 held a contest to open for Bon Jovi, so we entered a song called The Runner. My band and I had just come out of the studio, so it was perfect timing. On the very last day when Q107 would announce the last opening spot and if you didn’t receive a call by 5 o’clock that afternoon that meant your band wasn’t picked. But, as luck would have it at 4:30pm I receive a call from Kim Mitchell saying “how would you like to open for Bon Jovi”? It was the happiest moment of my life and the experience was life changing.  Playing in front of 20,000 people was absolutely mind blowing and frightening at the same time. I was so nervous I threw up in the bathroom backstage before going on stage! I picked myself up, climbed up on that stage and we rocked the house.

Would you say this was the most rewarding experience of your career thus far?

I have had more than a couple rewarding experiences but it was definitely one of the Top 30. I would add opening for Def Leppard and touring with the Scorpions to that list.

You also got the opportunity to record an album with Bon Jovi producer and engineer Obie O’Brien. Did this change the sound of Mar KZ?

Working with an experienced producer really helps a band flush out a bands’ sound and bring it to the next level. I wouldn’t say it changed our sound. If anything it just made it better. And it opened our eyes to the music business in a big way.

Congratulations on the release of your latest single, “When It’s Tough To Be You.” Can you tell us about the inspiration and writing process behind this song?

Thank you! The song is about hope, faith and believing in your dreams. After the loss of both my mom and dad I felt like life suddenly got harder, like I was drowning. And as much as I tried to get a hold of myself I just felt empty, even though I was not alone I felt lonely. It was at times hard to live in my own skin and I tried desperately to escape. I remember coming home and feeling frustrated about life in general so I did what I always do when I’m feeling down, I play the piano and before I knew, I wrote this song… I believe music is my therapy!

What are your favourite Toronto venues to play?

If you could duet with any female musician, who would it be and why?

If I had the opportunity to do a duet with a female artist it would have to be Adele. I think she’s got a fantastic voice and I love her music.

My favourite Canadian artists/bands are Bryan Adams, Rush, Tom Cochrane and The Guess Who.

If you weren’t a musician, what would you be doing?

I would be a cook with my own restaurant. I love cooking.

More singles and videos and eventually a full-length cd. I’m also planning on playing live as much as possible. Watch out for tour dates!

Share this:
Related ItemsDom Mar KZHype Music OnlineontarioOntario MusicToronto ONWhen It's Tough To Be You
← Previous Story Interview – KINK
Next Story → On The Spot with The Honest Heart Collective