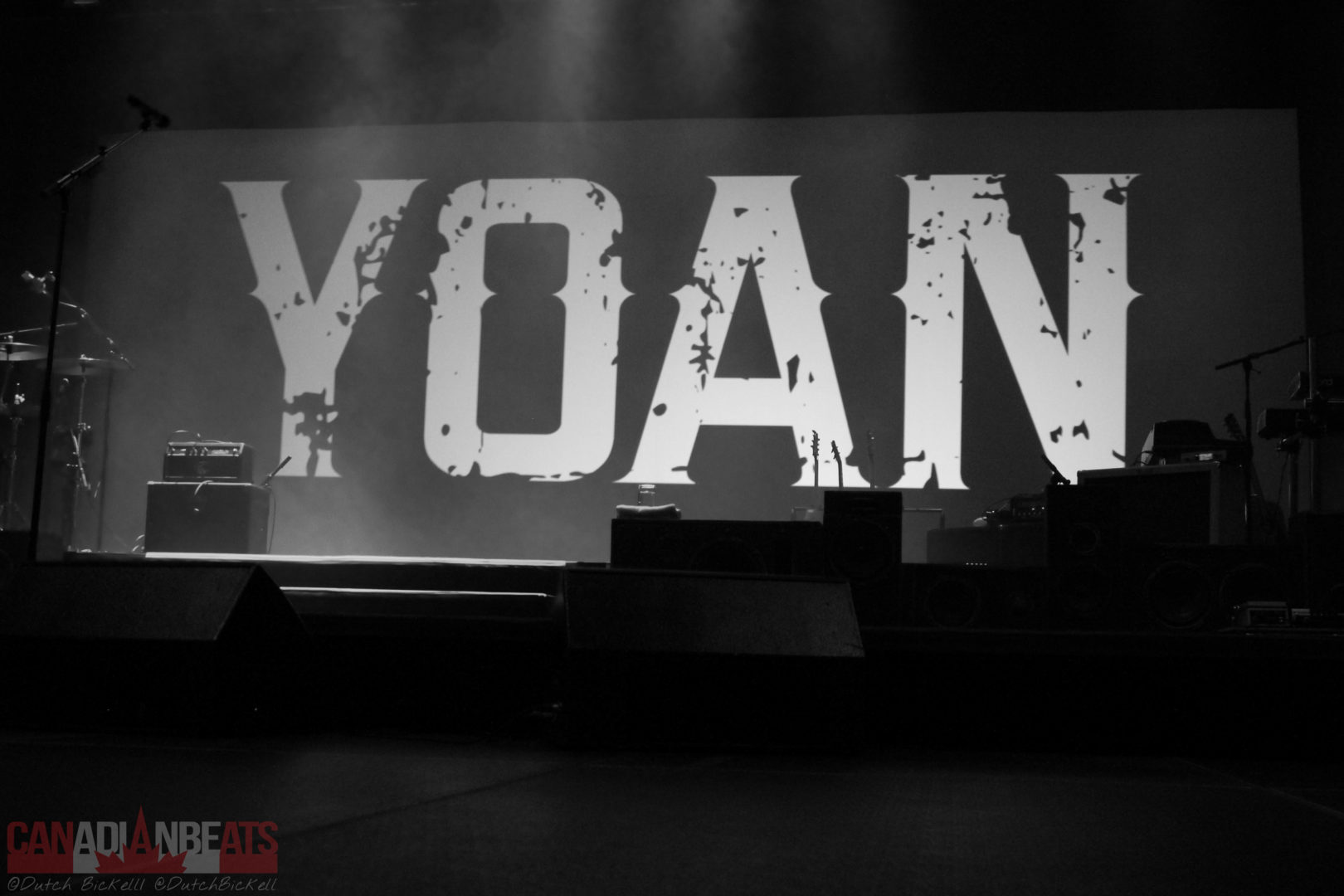 To say that 2015 was a busy and successful year for Yoan Garneau would be a huge understatement. After winning season two of La Voix in 2014, and the release of his debut platinum-selling album Yoan in March 2015, Yoan quickly became a Canadian household name. With sales totaling over 110,000 copies, Yoan was one of the top selling Canadian albums of 2015 as well as the 2015 recipient of the Canadian Country Music Association’s Top Selling Canadian Album award. Upon the successful release of his debut album, Yoan embarked on a jam packed solo tour with stops all across Canada. With a special guest spot on Brett Kissel’s Airwaves Tour 2015, in addition to his own headlining shows there was no slowing down during 2015 for Yoan.

With his deep, rich vocals, and endearing stage presence to catch Yoan performing live is truly an experience. On stage this young man transforms into an energetic and polished entertainer. Belting out song, after song, telling jokes, and interacting with his audience it comes as no surprise that city after city and show after show Yoan always attracts a sell-out and enthusiastic crowd. A talented performer, song writer, and all-round musical artist, Yoan continues to flourish and grow with each performance.

Making his highly anticipated Bell Centre debut in Montreal, Quebec on April 2, 2016 Yoan entertained an enthusiastic and rowdy Montreal crowd all evening long. From the opening notes of “Gonna Fall in Love with You,” Yoan had fans cheering and on their feet as he performed song after song. Loaded with a jam-packed 30 plus song set list, a stellar band, and the charisma and talent of a well-seasoned performer, Yoan’s Bell Centre debut was truly a success and a night to remember. 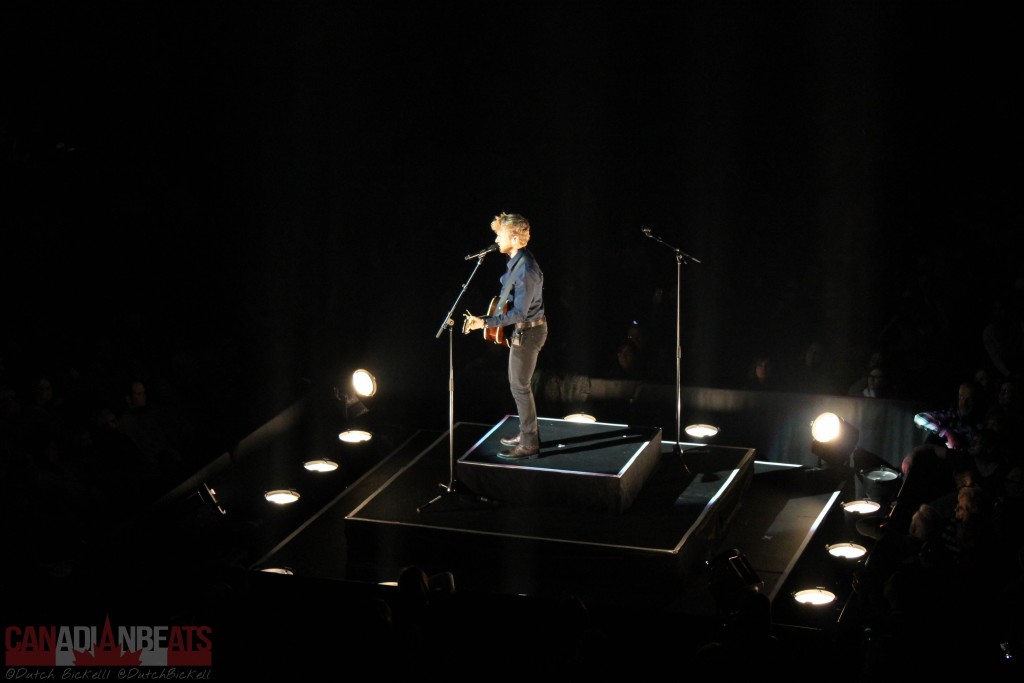 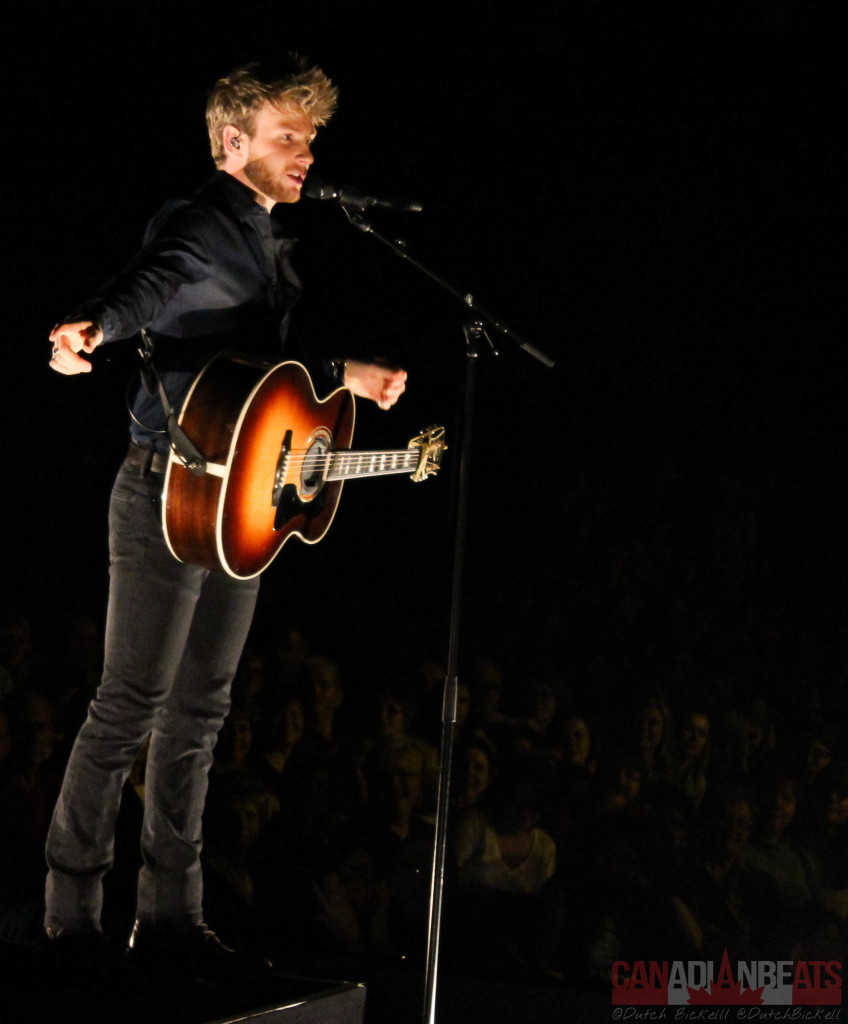 Packing as many songs as he could into his set list, Yoan eluded pre-show, to the fact that the night would in fact have some surprises in store for the audience. “I can tell you this much, it is going to be a great show and there will be some really cool musical surprises that I think the fans will really love.” With crowd pleasing originals and great covers, Yoan also included some special guests during his Bell Centre debut. Yoan’s father Sylvain Garneau joined him on stage for their rendition of the Waylon Jennings and Willie Nelson tune “Good Hearted Woman.” One of the great moments of the evening was watching the father and son perform their duet, completely beaming with absolute pride and appreciation. Yoan’s La Voix coach Isabelle Boulay later joined Yoan to perform the classic Nancy Sinatra and Lee Hazlewood duet “Summer Wine” as well as their version of Richard Anthony’s 1962 ballad “J’entends Siffler Le Train,” and Montreal rocker Michel Pagliaro joined Yoan to perform “Dans la Peau.” 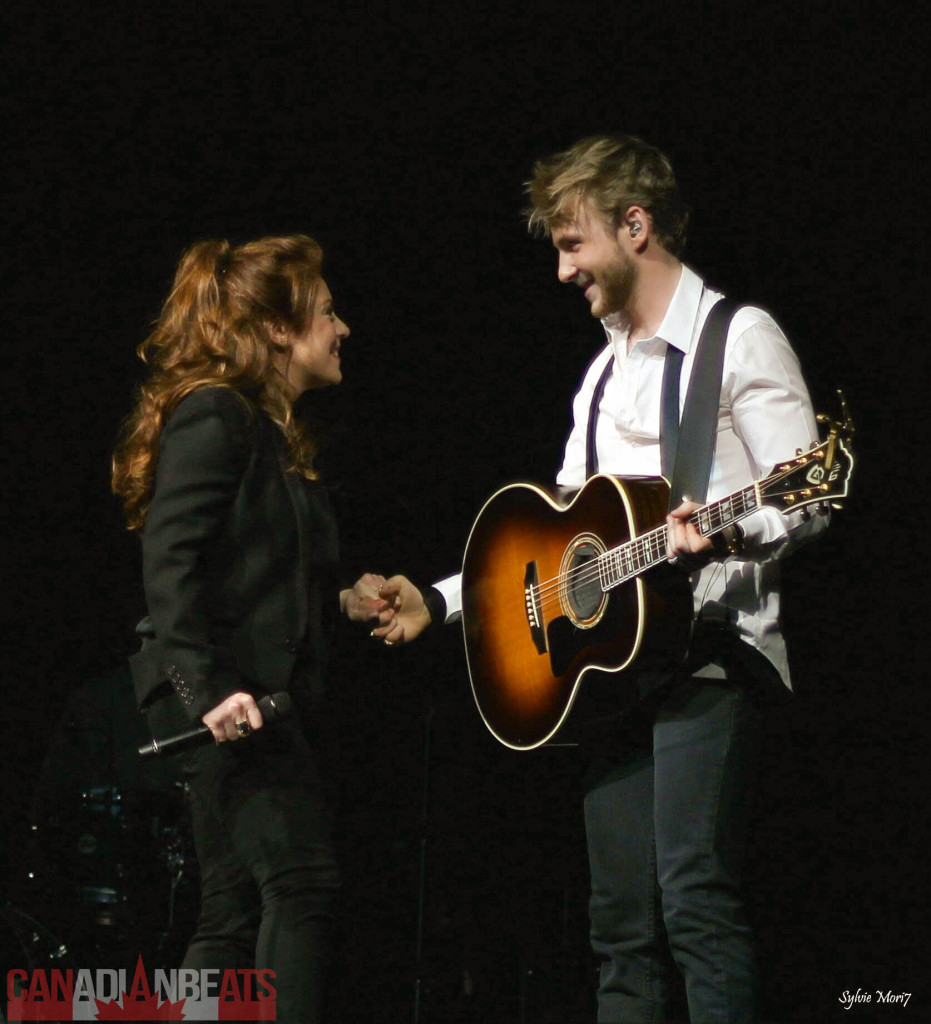 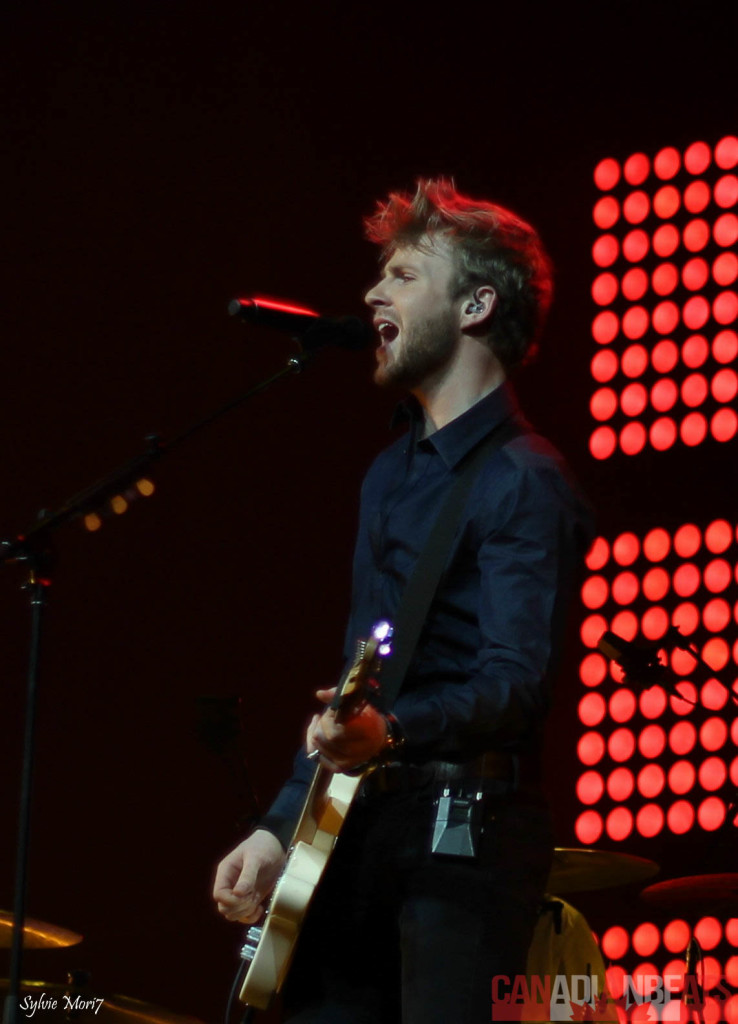 One of the best highlights of the night was during the performance of the heartfelt ballad, “Tu m’as Manqué” the audience started waving their cell phone flashlights and singing right along with Yoan. Watching Yoan get choked up and teary-eyed was definitely one of the most moving moments of the night. You could sincerely tell on his face how important and special that moment was to him.

Yoan delighted fans with renditions of some of his own favorite songs including very high energy versions of some classic Johnny Cash tunes; “Big River,” “I Walk The Line,” “Ring of Fire,” and “Folsom Prison Blues.” Joined by the Ecole De Danse Louise Brabant dance school for a rocking version of the Don Williams hit “Tulsa Time” Yoan had the crowd on their feet. Some other covers that made the set list were “Get Back” by The Beatles, “Roadhouse Blues” by The Doors, “She’s a Lady” by Tom Jones, and the beloved Waylon Jennings and Willie Nelson classic “Mama’s Don’t Let Your Babies Grow Up to Be Cowboys.”

The entire night Yoan was completely humbled by the crowd and in top vocal form. Keeping up the pace song after song, and entertaining an energetic and enthusiastic crowd is no small task. The stage was grand, the sound, the visuals, and lighting were complimentary to the show making Yoan’s Bell Centre debut a huge success. Yoan is scheduled to perform in Quebec City making his debut at the Videotron Centre on April 8, 2016 marking yet another milestone is the young man’s career. The Videotron Centre show promises to be just as special and spectacular as the Bell Centre debut, even including a performance with Brett Kissel. 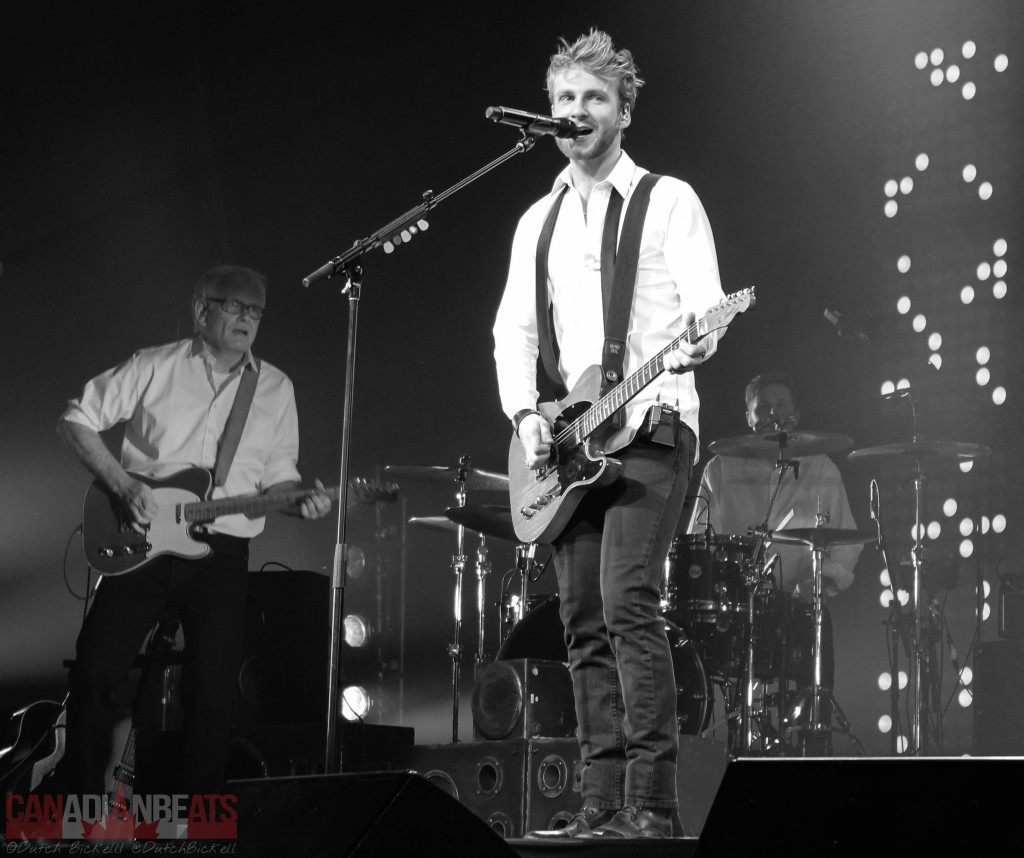 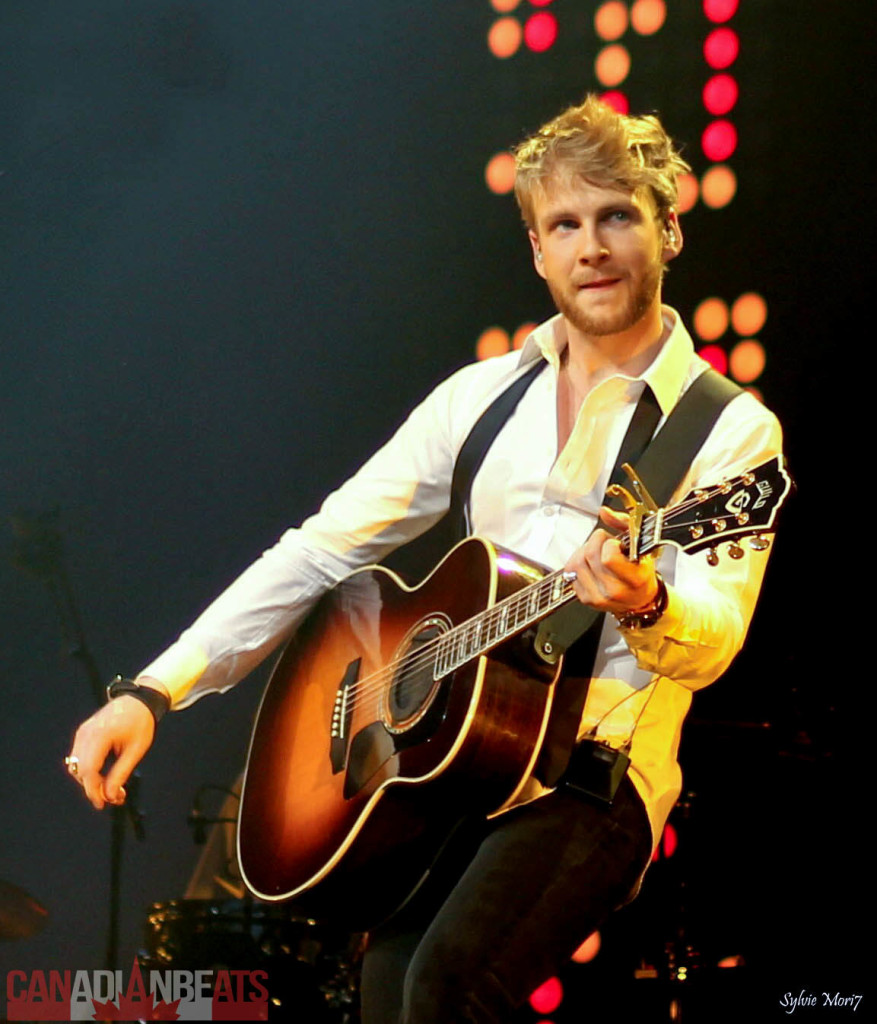 Special photography thanks to Sylvie Morissette.