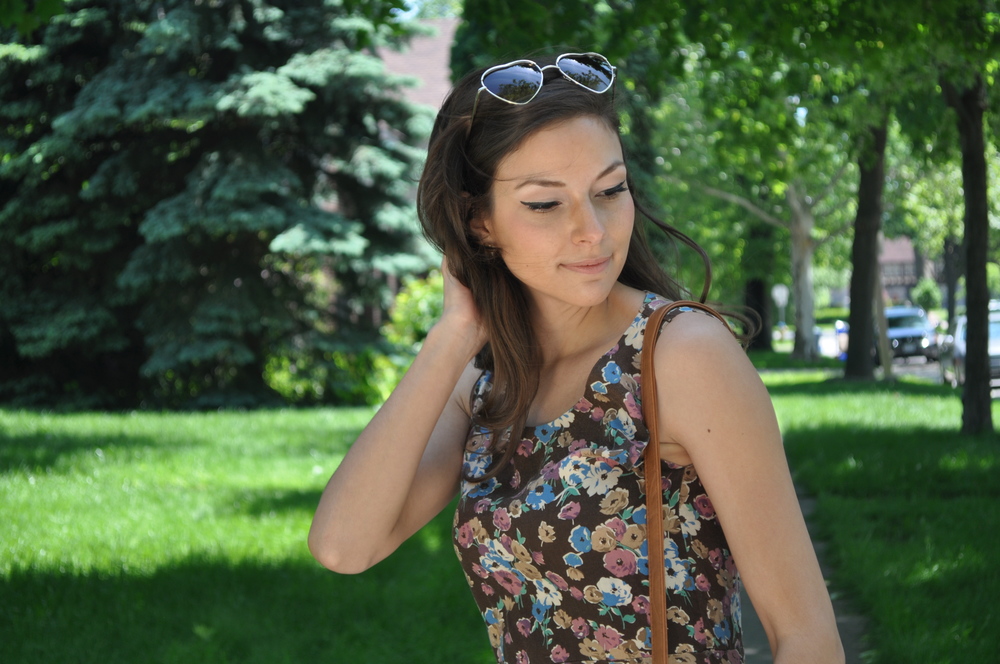 I recently had a chance to conduct an email interview with the very talented Nova Scotia born, Windsor, ON based singer/songwriter, Crissi Cochrane. We were able to touch on her background, her music and so much more. Be sure to give it a read and also check out her social networking pages to find out more!

My name is Crissi Cochrane, and I’m a pop/jazz singer-songwriter living in Windsor, Ontario.

I started writing, performing and recording my songs at age 15, living in small town Nova Scotia, and nothing was better than the rush of getting on stage. I decided to make it my plan A when I graduated high school. I had a scholarship to study Journalism in New Brunswick, but I knew my heart wouldn’t be in it, so I moved to the nearby city of Halifax where I was already performing regularly.

Originally from Nova Scotia, living in Ontario, how would you say the music scenes differ?

My hometown, like most places in the Maritimes, was small and supportive, but Halifax was very competitive. Young people and artists flock there, so it’s harder to get your foot in the door. I found most musicians were very aloof and unreachable, and the media was not interested in me. Granted, I was younger and less experienced then, but Windsor is the total opposite; young people are leaving the city, so both the media and the music community are glad to support artists who stay and work here. It’s unfortunate that Windsor’s cultural prestige is not better known, because there’s a lot of raw beauty and musical inspiration here, with the Detroit skyline always in sight.

You released your debut studio album, Darling, Darling in 2010, with your latest release, Little Sway coming out in 4 years later in 2014. How did you sound change throughout these albums?

I moved to Windsor just two weeks after releasing Darling, Darling (what I’d consider a folk/pop album), and in the coming years my music taste shifted drastically. On the East Coast, I was hyper focused on the Halifax  music scene, and growing up largely isolated in a small town without much internet, radio, or TV, I had a poor awareness of popular music as a whole. In Windsor, being so close to Detroit, great music is everywhere. I started building a vinyl record collection and really heard Motown, jazz, blues, gospel, R&B and soul for the first time. I fell completely out of love with the sound of my earlier work and started writing from my new record collection instead. Little Sway is my crossover into a jazzier, more soulful sound.

Can you tell us a bit about your writing process?

Music and lyrics come at the same time for me. I sit quietly with my guitar on my lap and listen to what my heart and hands want to say. I work phrase by phrase through to the end of the first chorus, and then the rest of the song is a cakewalk. I go through phases where I write a lot, and other times I write very little. I never write in collaboration with others, so it’s become a very personal and private process, and having total solitude is essential. It can be a lot of hard work to coax a song into existence, and I used to wait for inspiration to strike, but it isn’t like that. If it isn’t finished after an hour or two, I put it aside and come back the next day with fresh ears.

In 2014 you were voted among the top 10 Best New Artists in CBC’s Searchlight, how did this feel?

It was a thrill to be representing Windsor at the national level, and to still be in the running when there had been more than 4600 artists at the outset. It was hard to get that far in the contest because people must vote for you every day for weeks on end, and I was so grateful that people were willing to keep doing this for me without complaint.

Your song, “Pretty Words” has gone viral with over 4.5 million listens on Spotify, that’s huge, does this surprise you?

Absolutely. It’s a deep cut from Little Sway, it’s mellow and laid back, and at five minutes long, it’s not at all the formula for a hit song. I had no idea it was doing so well until I was chatting with a friend about streaming platforms at a bar one night in February; he recommended Spotify and I said “oh yeah, I think I’m on there,” so we looked me up. I was stunned. The song still gets about 20,000 listens every day.

You released a video for “Pretty Words” last month, how did you come up with the concept for the video?

I’d had the idea in mind for a while, but I expected to use it on a different song, and I never really had the budget to make it happen. Then the streaming royalties started coming in and suddenly it made perfect sense. “Pretty Words” is about struggling to accept love at a time when you don’t really love yourself, so the video’s concept of transforming from high glamour to bare-faced really suits the honesty and vulnerability of the song. I think the idea first came to me after the Sleep in the Wild music video shoot, coming home at the end of the night and looking in the mirror. It was the most glamorous I’d ever looked, and taking it all off struck me as rather poetic.

You are currently working on a new album for release in 2017, can you give us an idea of what to expect?

I am so excited for this batch of songs and really believe that they’re some of the best I’ve ever written. They’re jazzy, romantic, and moody, and there are some very important messages in each piece. I’ll be working with a lot of the same team behind Little Sway, but we’ve all grown musically in the last couple years so it’ll be interesting to hear how things have changed.

Do you have any plans of upcoming tours?

I’ll probably not tour until my new album is ready, but I’ll still be gigging here and there between recording dates. I’ll also be keeping busy with my by-request songwriting – I started writing and recording original love songs for people to give to their loved ones on Valentine’s Day and have been inundated with requests, which I’m continuing to fill throughout the year.

If someone has yet to see you perform live, what should they expect from your performance?

I almost always play solo and I have a beautiful 1964 Fender Jaguar that sounds absolutely dreamy. I’m grateful to have a gift for making some pretty special moments happen between my songs, my voice and my guitar. I think it’s a little like a blend of Carole King, Billie Holiday, and Amy Winehouse in her early years.

Do you have any festivals lined up for the summer?

Nothing set in stone yet.

You’ve shared the stage with many artists, such as Walk Off The Earth, Buffy Sainte-Marie and Sarah Harmer, is there anyone you’d like to work with in the future?

April Wine, at Alderney Landing in Dartmouth with my dad when I was 11 years old. I remember some ladies in front of us were drunk and smoking cigarettes and one of them burned my dad.

Reading books on a blanket down by the river on a sunny day, looking at Detroit, with a cold beer in a thermos.

If you were able to put on a festival, who would you want in the lineup?

With summer on the rise, what is your favourite food to BBQ?

What is one thing that would surprise your fans to learn about you?

Even after ten years of playing shows, I still get nervous.

Thank you for listening, sharing and caring!