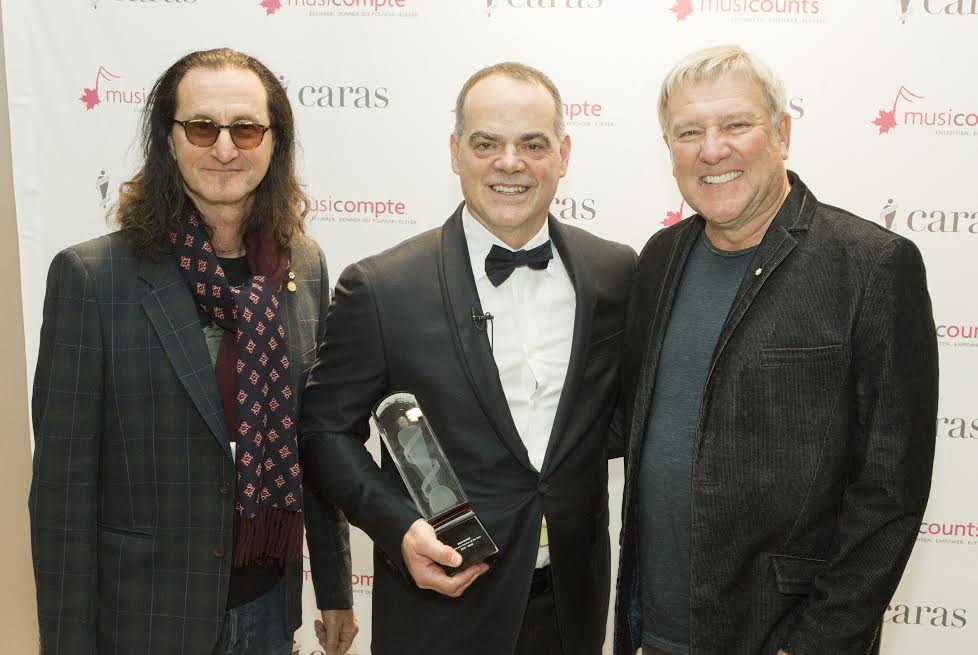 Recently it was announced that Don Bossé of Fredericton High School was the recipient of the 2016 MusiCounts Teacher of the Year Award. The award was presented to Bossé by Rush members, Geddy Lee and Alex Lifeson. Bossé will be receiving $10,000 plus a $10,000 contribution to his school’s music program, and on top of that, he had VIP treatment throughout JUNO Week in Calgary, AB this past week.

We had the chance to ask Don a few questions surrounding MusiCounts and his award. Before you read what he had to say, be sure to check out this video to get a better understanding:

First off, care to take a moment to introduce yourself to the readers?

My name is Don Bossé, music teacher of 33 years. I am the director of music and Fine Arts Department Head at Fredericton High School, and direct the St. Thomas University Jazz Ensemble (STU Jazz).

You were named MusiCounts Teacher of the Year, how does that feel?

It feels great.  It is quite the honour to have been named the MusiCounts Teacher of the Year.

I assume you have some very proud students, how have they taken the news?

Both students and parents were thrilled to hear I had received the award. My students felt honoured as well. I have received countless emails from former students, parents, colleagues and neighbours congratulating me on the award.

It’s a huge honour to be named Teacher of the Year by MusiCounts and now you will be receiving $10,000 plus a $10,000 contribution to your school’s music program, what will this contribution go towards?

The money will go towards upgrading some of our computers in the recording studio, new band instruments and in financially supporting students who are unable to afford some of the band trips we take.

You recently met Rush members, Geddy Lee and Alex Lifeson when they presented your award to you in Toronto, care to take a few moments to tell us how this felt?

It was a huge surprise.  These are two of the best rock musicians of all time.  I felt honoured and humbled to be in their presence.

What was the highlight of attending JUNO Week? What were you most excited by?

The highlight was the JUNO Gala Dinner where they presented the video clip of me and my students. I was very moved by the presentation and the standing ovation I received at the dinner. I was very excited to meet so many great people who work in the music industry and make things happen for the musicians, and also to hear that TD Bank, Ole and private individuals were to donate to the MusiCounts program to support music programs across Canada. It was very moving to hear that these people and institutions believe in the value of music education.

Thank you to all the people at CARAS, the JUNOS, RUSH, Holt Renfrew and especially the special people at MusicCounts – in particular, Noreen, Mike, Marie, Christina and Allan for all that they have done in making this a special honour and award. It has been an experience of a lifetime. One that I will cherish for a very long time. And to my wife, Heather, who has been my greatest supporter throughout my 33 years of teaching.