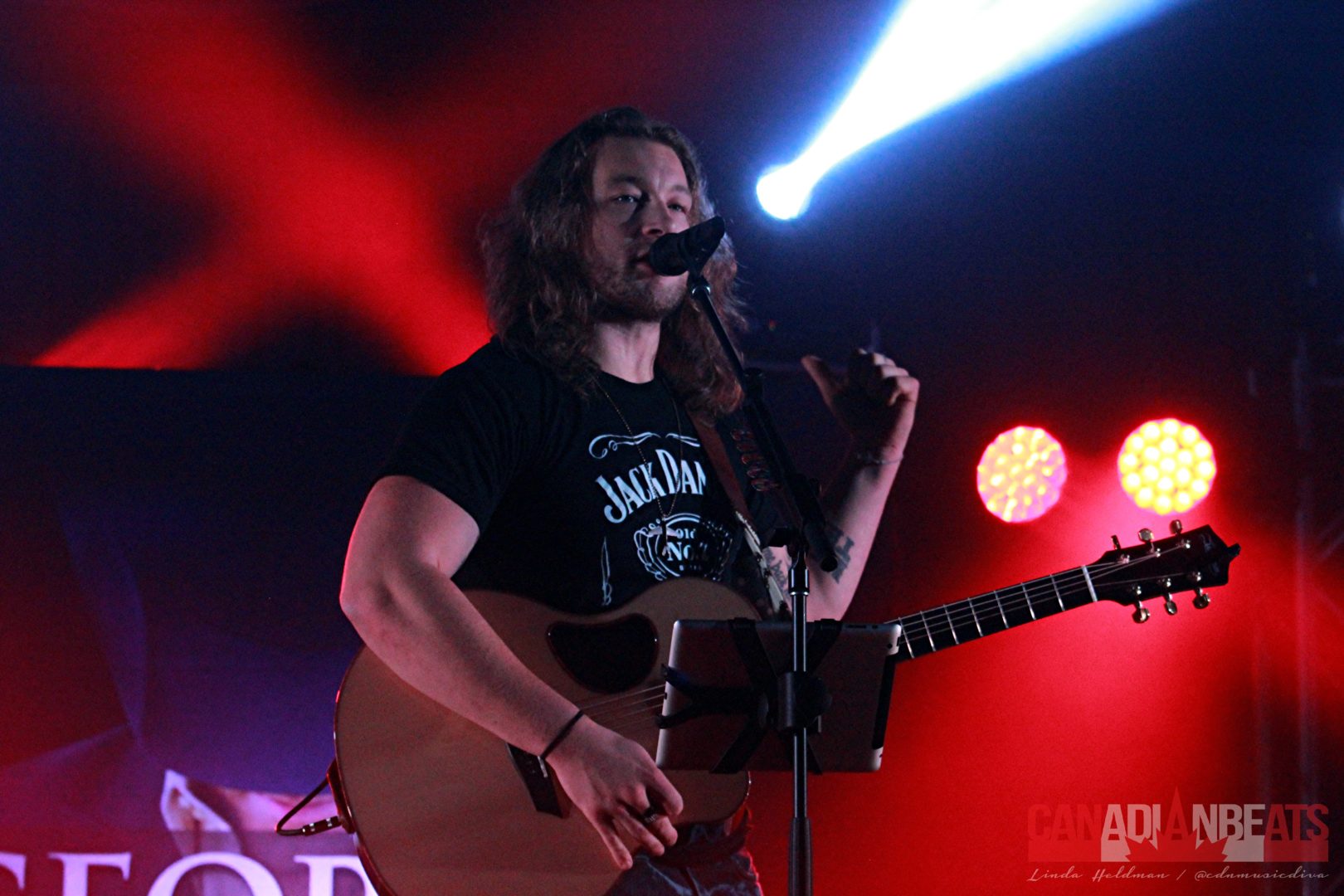 Cory Marquardt is about to venture out on his very first headlining tour. Canadian Beats caught up with Cory last month and ask him a few questions.

My name is Cory Marquardt (pronounced “Mark-word”). I’m 6’1 ft. 210 lbs., from North Bay, Ontario, born October 11th, 1989. I’m a country rock artist coming from many different genres of music. I want to make music for a living as an internationally known artist.

Not only do I come from a country background, but also a rock/metal background. I definitely have more of a rocky edge to my music sound and plan on keeping it that way. I believe my sound in general is just different, heavy and fresh. 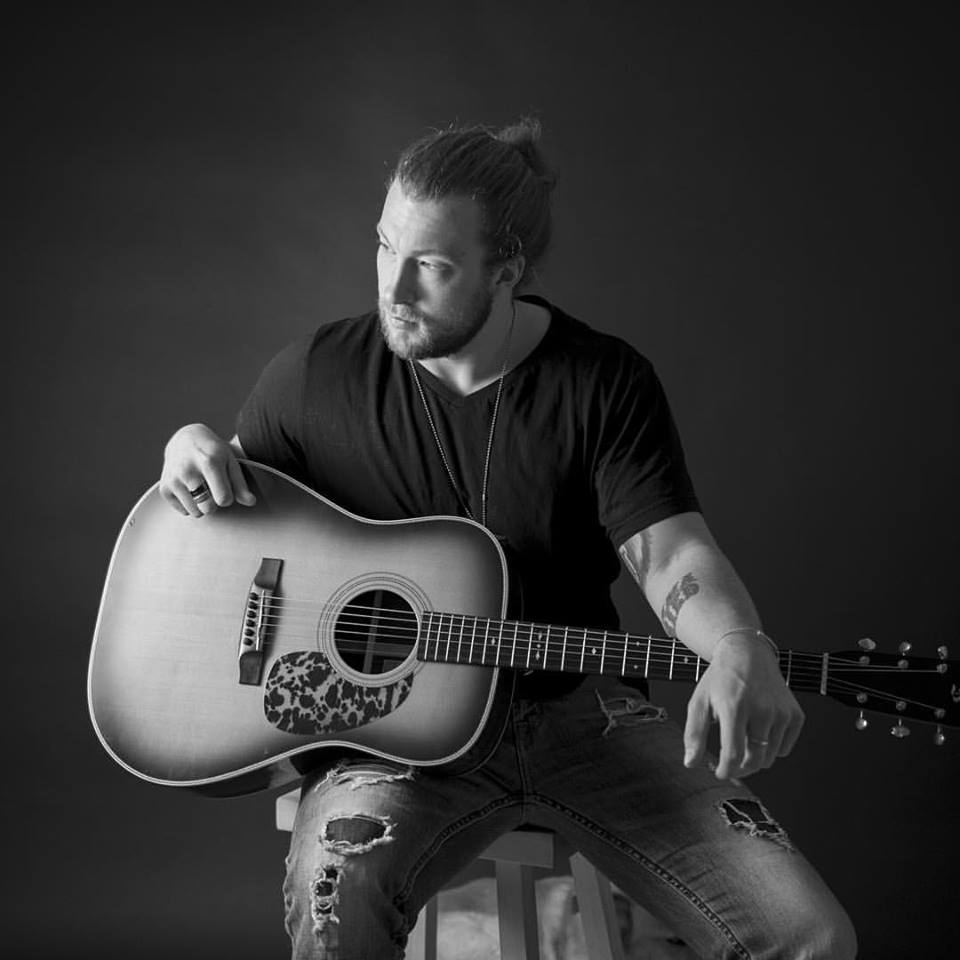 I try to create my own music and sound generated from personal experiences, or from close people around me, along with a wide variety of music I grew up to. I think there is a lot of great talent here in Canada and I’m inspired by anyone trying to make a living writing and playing music. It isn’t easy and I know I’m not alone.

“Nowhere With You” is your 4th release from your album, This Man; How is it doing on the charts?

I’m always wanting to push forward & through and believe it can always be better. Great reviews especially from country fans but I’m hoping for more adds on this single… At least a top 40 would be nice.

What new projects/tours/recordings are in the works for 2016?

I’ve got a lot going on in 2016 with trips to Nashville & Vegas creating new music. In April, I’ll be headlining my first club tour. So far, roughly 9 dates from Manitoba to BC on the Don’t Count Saturday Night Tour. I’ll be on many stages across the country this summer including Boots & Hearts! Many more… 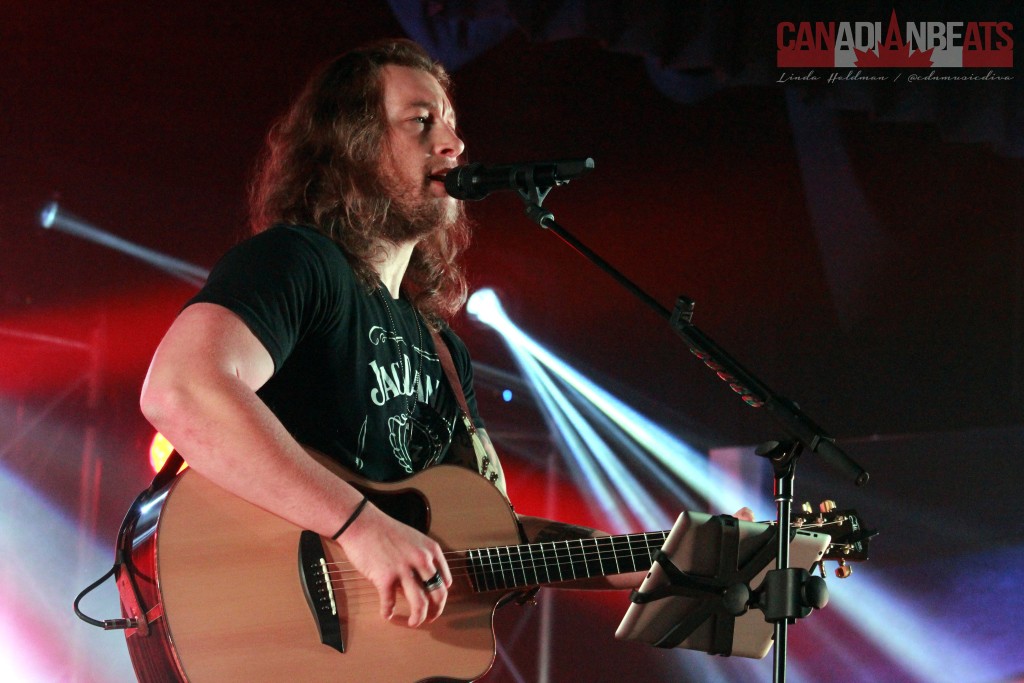 Do you have a favourite song lyric from your music and why?

I think every song on my record tells its own story from different times and experiences. I like them all really, but maybe “Being Stupid on a Smartphone” because I think every single one of us are guilty of that at least once!

Do you have a favourite song to cover?

I have many! Right now “Boot Left to Fill” by Eric Church and “MaMa Tried” by Merle Haggard.

I like to stay in shape by spending time at the the gym and, I spend a lot of time with friends and family. I’m always thinking about music…What I should do, how to make mine better, my live show – how can improve that or new songs to add. I try not to stress too much and just laugh!

With spring around the corner, we at Canadian Beats are thinking about festival season. What summer festival are you looking forward to the most, and why?

The thought of so many country stars worldwide who have played the Boots & Hearts stage and just the pure magnitude of this festival. It’s going to be wild and I can’t wait to be part of it! 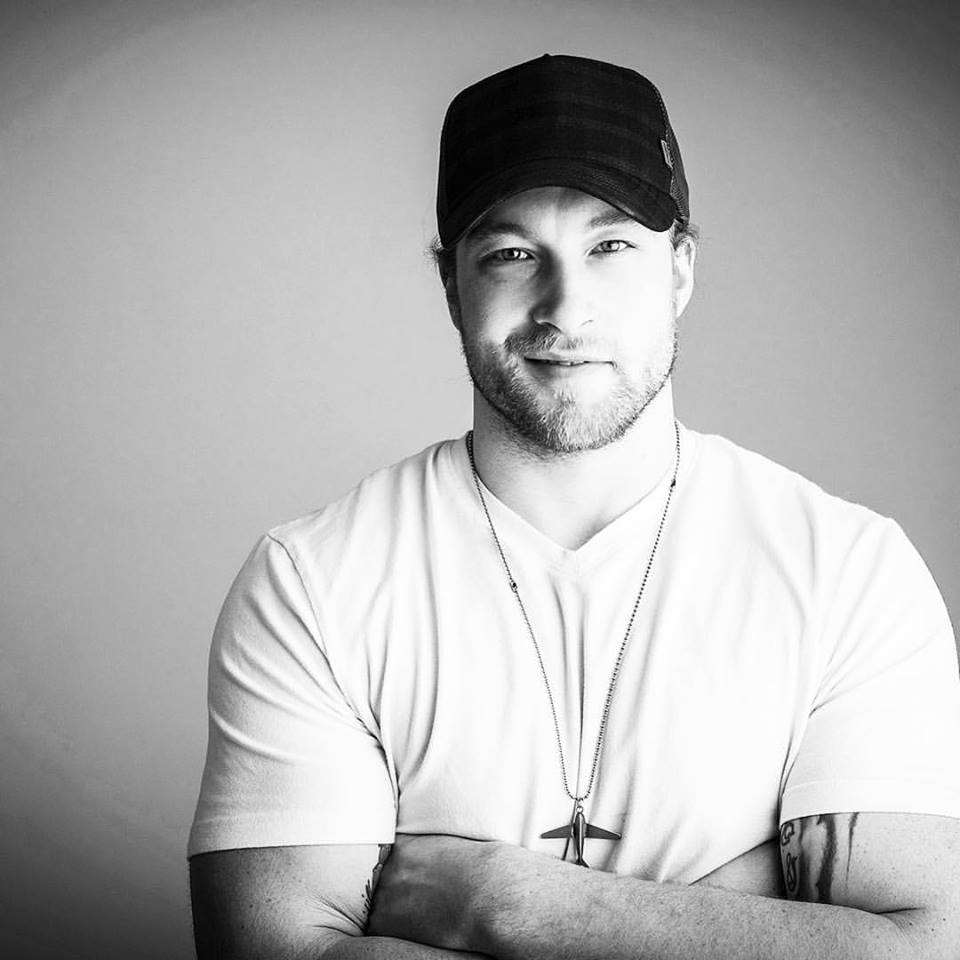 The last concert I attended as a fan was either an Eric Church concert or when Merle Haggard came to North Bay. I can’t recall.

You have had the opportunity to go out on tour and open for some pretty impressive artists – Aaron Pritchett, Brantley Gilbert, Toby Keith – What, so far, has been your best experience on the road and what have you learned from these artists?

You learn a lot on tour, not only about the touring life, but your own self and body. They’ve all been great experience and I would do it all over again, especially opening for Toby Keith with my own band, in front of a sold out 5,000 people show, at the Mosaic Arena in Moose Jaw, Saskatchewan.

Some musicians name their instruments; you play drums and guitar. Do you have a special name for your drum set or guitar? Is there a story behind the name?

Drums: Blue Monster. 8 piece with 10 cymbals. It explains itself really!

Guitar: Maisie is her name. In memory of my grandma, Maisie Marquardt.

You have the nickname Lion Man, for good reason. Have you every thought about cutting your hair?

There will come a time and I plan on cutting it for charity. It’s been a dream of mine to make it to the next level to host a big concert with big names and cut my hair on stage to raise money for cancer!

Be sure to catch Cory on tour this month at a date near you in western Canada! 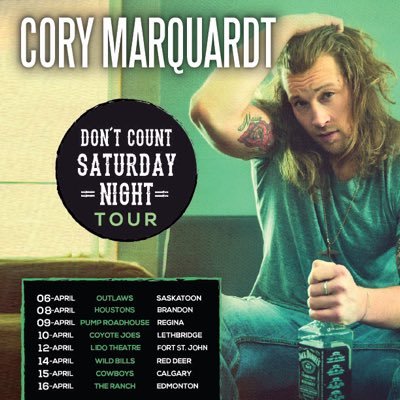