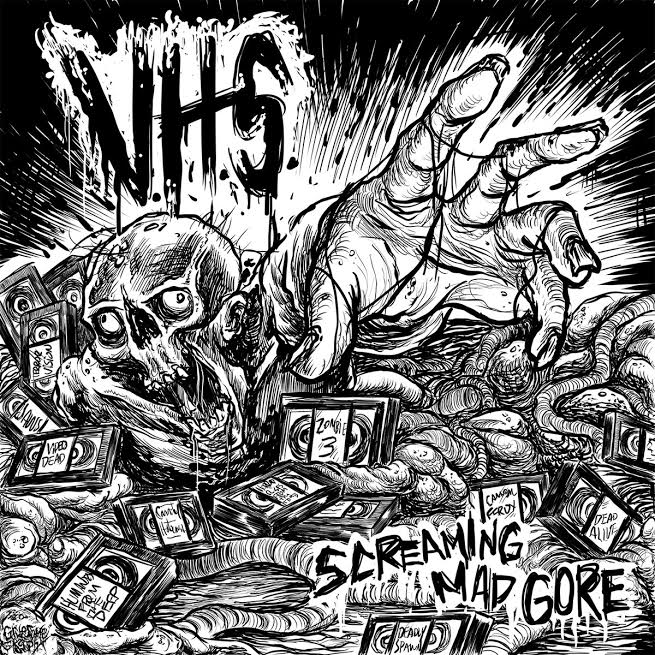 Thunder Bay death metal icons, VHS are back with a vengeance leaving a trail of horror in their wake.  Their latest EP, appropriately titled Screaming Mad Gore is a frenzied and slightly disturbing glimpse into the musical minds of madmen.

The title track opens the EP like a sore. Immediately reminiscent of Black Dahlia, if they were singing through a chainsaw. Insanity pours through the guitar riffs, nightmares cascade with every drum beat, and the shear depravity of the vocalist is clearly visible in every syllable. Get this this EP and let it rip. Easily the best EP of 2016 so far.