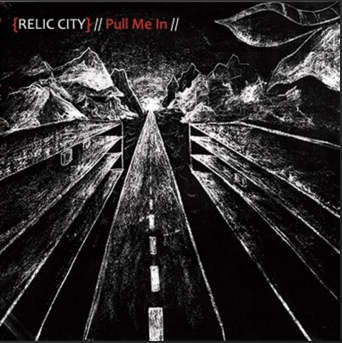 Relic City, from Kitchener-Waterloo, ON, is celebrating a successful year of hard work and dedication with the release of their debut album, Pull Me In, today.  Having only made their live debut a short time ago at Kitchener’s KOI Festival, this band is already cementing themselves in Canada’s indie rock scene and have shared the stage with Canadian rock greats, I Mother Earth.

Relic City says that they play music with guts, intelligence and swagger, and promise to pull you in, as the album name suggests.  As I curled up to give this album a first listen, I became an instant fan and I enthusiastically agree!  With chiming guitars, laid back drum rhythms and smooth vocals echoing that of Jon Bon Jovi or Shane Volk of One Bad Son, Relic City’s soundscape is set to attract new fans across the country!

“Paper People” is the album’s fourth track and could altogether become its most memorable music statement.  It best demonstrates Relic City’s strength of harmoniously blending the elements of thoughtful yet powerful lyrics with heavy reverb and pounding drums to create a sound that is distinctly theirs and encourages a second listen.

“The Shelf” was my personal favourite track on the album, which was affirmed fully after seeing the song’s beautiful and thought-provoking official video (that also plays up on the theme of the album sleeve).  As a devotee of the rock ballad, this song is a solid example and delivers on so many levels, from the alluring lyrics to the sombre tone of the strings section that plays gently in the background.

Pull Me In has certainly achieved just that.  I was carried away on a lux-sounding voyage to a place where many of the Canadian rock greats reside.  This album will not be collecting dust on my shelf anytime soon and many of its tracks have been added to my playlist for frequent listening pleasure.  Stay tuned to Canadian Beats for an interview with the boys from Relic City as they take the time to give us a more intimate glimpse into the details of this album and what their 2016 tour schedule looks like.