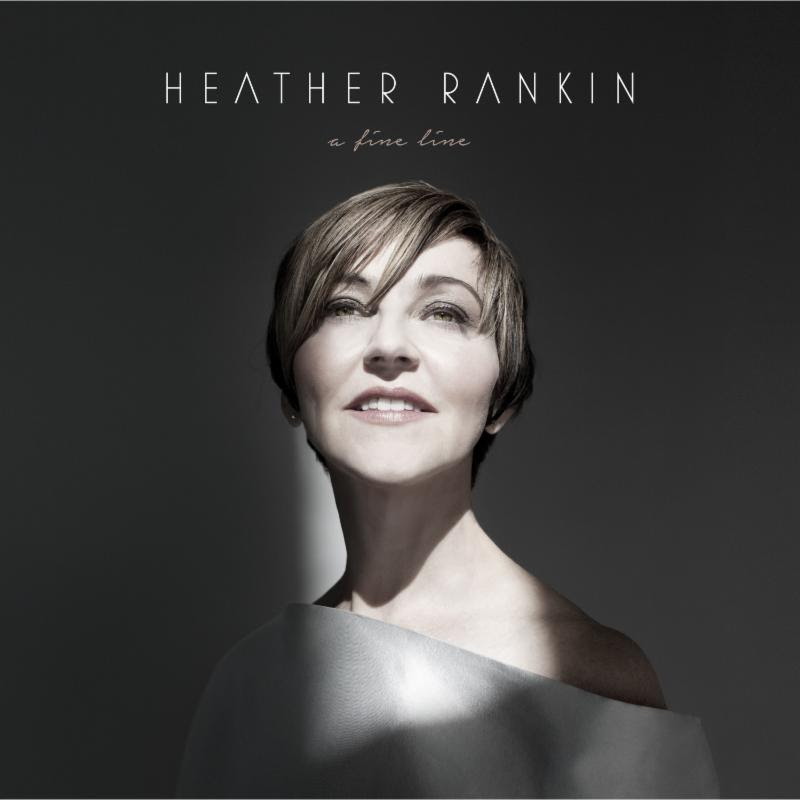 A Fine Line is the debut solo album from Heather Rankin, known for her 25 years singing with her family in the multi-platinum group, The Rankin Family. A Fine Line is showing off what Heather can do on her own, and the result is beautiful. The eleven tracks, includes a cover “Everybody Wants to Rule the World”, originally by Tears for Fears. The album was produced by David Tyson, who has also worked with Alannah Myles and Amanda Marshall.

The title track opens the album and is an uplifting song, encouraging the listener to forget about the dark things that may cloud their head and to let themselves to continue to be strong. “For Good” seems to be about relationships, both the ups and the downs associated with being with someone. “Titanically” starts off with haunting strings before turning into piano. The music in the song gives it almost a darker feeling, especially when paired with the lyrics that metaphorically reference the demise of the ship that inspired the title of the track. Her cover of “Everybody Wants to Rule the World” comes paired with a collaboration that surprised me, but Quake Matthews’ performance only increases the catchiness of the song. “Valentine” closes out the album, a song primarily on piano. Quite obviously a love song with lyrics about loving someone until the end of time.

Overall, this is a solid solo debut from Heather. A Fine Line stands apart from her work with The Rankin Family while also giving fans what they love. Her beautiful voice delivers the songs with power and emotion, hooking the listener until the last note rings out.