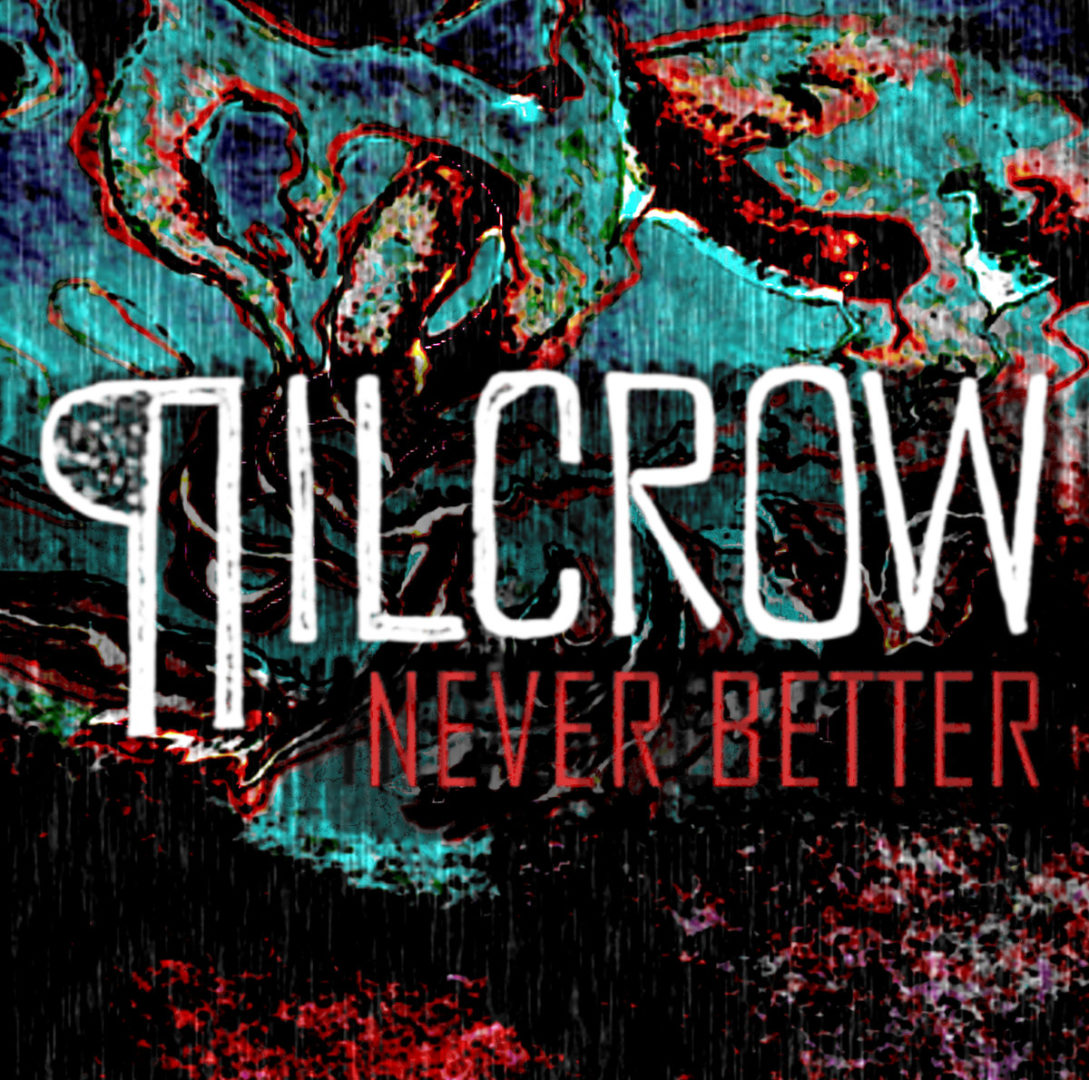 Psychedelic long jams that border on the aural equivalent of one hell of an acid trip are a focal point of Toronto indie punk band, Pilcrow’s debut EP, Never Better, which was released on March 20, 2016. The music teeters on the edge of punk, progressive rock and grungy garage rock with its aggressive riffs, funky rhythms and the gritty and bellicose vocals.  Never Better is the culmination of the creative talents of the band’s three members: Alex Hnatiuk (guitar/vocals), Adam Black (bass/lead vocals) and Jeff Mastronardi (drums) as they took a grassroots approach to this album as it was self-produced and designed, right down even to the artwork for the album sleeve.  Sound and timing issues aside (that are undoubtedly a direct result not having a professional sound studio at their disposal), this album reflects substantial talent in a band that has great potential to make waves on the indie music scene.

My favourite moment on the album was the surreal guitar melodies and effervescent marching band-esque sounding drum beats in the opening bars of the album’s second track, “Mantle”.   The song, as do a few other tracks, highlight the melodies over the lyrics as the vocal components of the songs don’t often appear until midway through the song.

“Drink Poison” hits you over the head with its venomous music attack.  This track is representative as one of the album’s most hardcore songs with its combination of relentless lyrical assault and driving rhythms.

Canadian Beats caught up with Pilcrow recently at a show in Toronto.  You can catch up on the action here.  Want to hear more from this up and coming band?  They are performing at Smiling Buddha on Saturday, April 9th in Toronto.  Be sure to follow Pilcrow on social media to stay informed about their upcoming shows!