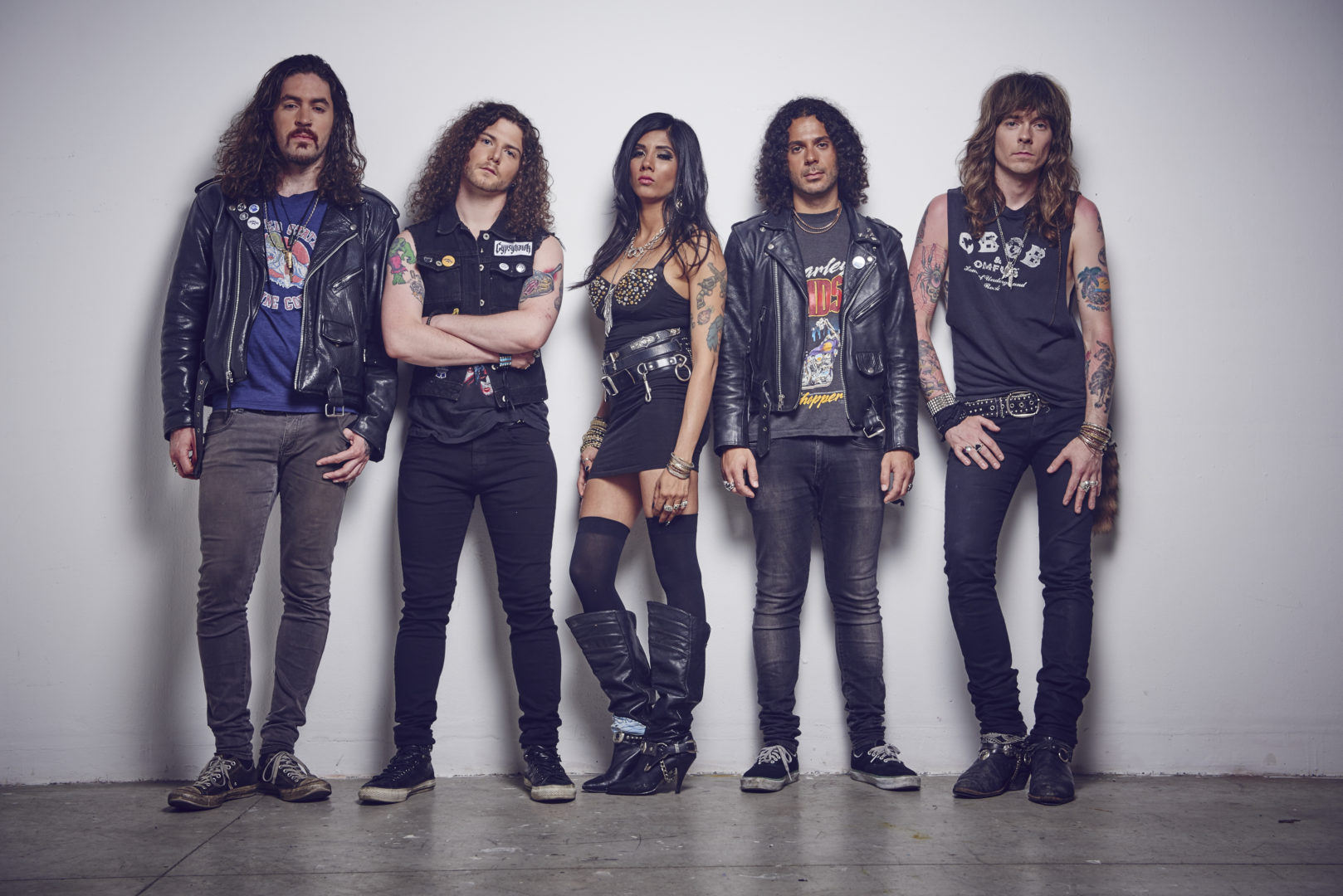 Toronto, ON based band, Diemonds are causing quite a stir, with their nomination in the Hard Rock/ Metal category at the Junos this year. They are the 2nd female-fronted band in 24 years to be nominated in this category, and lead singer Priya Panda took some time out of her busy schedule to have a little chat with us about the nomination, their music and so much more.

Hey I’m Priya Panda, I sing in Diemonds and I live to rock n’ roll!

When did you begin pursuing music seriously?

I’ve always been a massive music fan, but when you’re a shy, awkward kid, it’s hard to see yourself doing the same thing as your heroes. People like Steven Tyler and Axl Rose are larger than life. They’re characters. It took me a long while to come out of my shell.

Starting jamming with Diemonds nearly ten years ago made me realize this is not only something I wanted to do, but it’s something I couldn’t imagine myself not doing ever again. Making music and playing live are beyond rewarding.

You have been nominated in the Hard Rock/ Heavy Metal category for the 2016 Juno Awards, how does it feel to be the second female fronted band in 24 year to be nominated for this award?

If that’s the case, that’s pretty crazy, because there are a lot of females and males all working to strengthen the Canadian music scene and quality of what we put out, so there should be a fair representation of that reflected when doling out awards. But I do know that in our category alone there are two female-fronted acts. And that’s badass. It feels great in general to be recognized and we’re so excited to represent Toronto in Calgary this year!

Where were you when you found out that you were nominated?

We happened to be in Toronto during the day of the announcement so we went down to the Phoenix Concert Theatre to hang out and drink some coffee, and to our surprise we were nominated. It was and still is a pretty good feeling!!

Tell us a bit about your experiences of being a female fronted rock band.

It’s really not super different than the experience of a lot of underground bands sluggin it out on the road or in tiny clubs all over North America, but the female perspective is unique. It often lends itself to people booking shows that are focused on the fact that I’m a female with all female-fronted lineups and stuff like that. I’m all for female musicians, so I think it’s cool. But I think we’ve worked over the years to build a name for our music and our live show that definitely doesn’t depend on us fitting into the “female-fronted” categorization. We hold our own.

You released your third album, Never Wanna Die last year, how has the response?

It was been amazing. Our fans have grown with us and see the huge strides we made with this album sonically on every level. We are really, really proud of the way it turned out. We want as many people as possible to hear it and so we would love to get on the road with these songs and do what we do!

Do you have any upcoming tour dates you’d like to tell us about?

Right now, we have a show in the western part of Canada, in Calgary for the Junos and we are currently in the process of announcing some new stuff soon!

If someone has yet to see you live, what can be expected from a Diemonds show?

We are super high energy. We fly all over the stage and are sweating out every last ounce of energy we have. It’s a really good time. It’s also really loud.

What is your opinion on the music scene in Canada these days?

What was the first album you ever purchased and the first concert you attended?

I saw I Mother Earth at a Tower Records in Toronto for my first concert. My first tape was Nirvana Nevermind from a pawn shop, many years after it came out.

Do you have any plans for festivals this summer?

Yes. Hope to be able to announce some news soon!

BITERS – Hell is for Babies

If you were able to have a conversation with any person in the world (alive or dead), who would you choose?

What three words would you use to describe your music?

Grow your hair, turn it up!