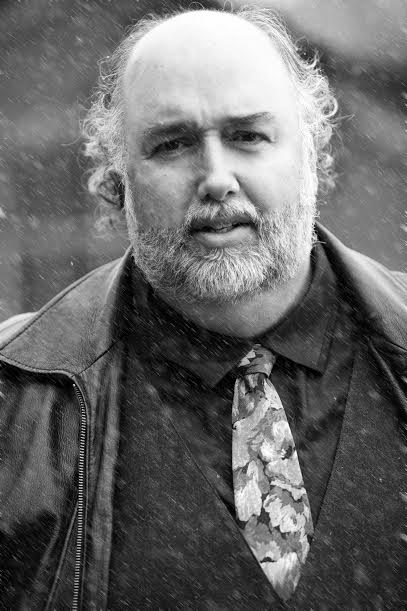 Toronto, ON based singer/songwriter, Dan McLean Jr.  took some time out of his schedule to have a chat with me about his background, his music and so much more. Be sure to check out his single, “I’ve Seen Love”:

I saw my first big concert when I was 14, and it changed everything for me.  I saw how cool those guys were, and I just wanted to be as cool as them. Ha!

You released your single and video, “I’ve Seen Love” on February 12, how has the response been so far?

It’s been great!  A few reviewers have said really nice things, and the response from fans has been awesome.  I’ve been playing solo acoustic for quite a while, so its really gratifying that my existing fans are so happy with my full band thing.

How did you come up for the idea for the video for “I’ve Seen Love”?

I had no budget!  Using “public domain” footage from old films and TV shows takes a lot of work, but doesn’t cost any money.  I spent oodles of hours researching to find public domain shows, scouring them for suitable footage, extracting clips, and assembling them.  I shudder to think of how many hours it took, but I’m super happy with the result. People seem to watch it more than once because they love the video, and that means they hear the song more than once and they share it with their friends.  Getting people to listen multiple times is real important, because I don’t want my music to be disposable.

Where did you pull inspiration for this song?

The melody just popped into my head in the car, and I randomly attached the first & last lines of the chorus to it.  I do that a lot, randomly attaching words to a melody I just thought of, and those words almost always stay in the song.  They become the thematic basis for the whole lyric.

When can fans expect a full release from you?

Well, “I’ve Seen Love” came out on Feb 12, and I think the next single & video, “Let’s Stop Hurting Each Other”, will come in early May.  In the meantime, I’m getting money together to record the rest of the songs.  I’m hoping the full 10-song record will be ready late 2016 or early 2017.

Do you have any plans for upcoming tour dates?

Right now, I’m rehearsing with my three backup singers “Some Honey”, and I hope to be doing lots of shows starting this summer. It’ll be just the four of us.  That’s a format you pretty-well only get to see on TV, because most artists add a band first, and then backup vocals.  For me, though, the backups play a vital role, speaking for my romantic interest, or for my inner thoughts, or for my friends, sometimes singing questions to which I sing responses.

What is to be expected from a live Dan McLean Jr show?

The shows are a lot of fun, and emotionally engaging.  I think the backup singers & I do a really good job, and audiences often talk to me after shows, telling me how much they loved our between-song banter.

On May 28, we’ll be doing a show in Guelph, Ontario that will be filmed & recorded. I’ll use that footage as promotional material to get more shows for this lineup. Instead of approaching clubs, I’ll be approaching concert promoters in hopes of getting to open for larger acts in larger venues.  I’ve also asked three local Guelph artists to do 2-3 songs each, so that THEY can get some excellent, multi-camera, promo video for YouTube or whatever. I have tech friends who help me with this kind of thing, so I’m sometimes able to assemble a team of professionals to handle that. Whenever I have that opportunity, I always like to spread the wealth and invite other artists to perform, too.  The cost of doing a live video is absolutely prohibitive for most of us, so I’m thrilled to make sure that artists I love get to share in the opportunity.  There are SO many great artists in the Guelph area, and it’s always been a hotspot for singer-songwriters.

Canadian Beats is all about Canadian music, who are you current favourite Canadian artists/bands?

A lot of musicians meet after hearing each other play, and then chatting after a show, so some of my faves have become good friends.

Alejandra Ribera is brilliant.  She blends jazz, pop & international influences, and is a very emotional lyricist.  Whenever I see her, I feel like I’ve been transported to some other time & place.  I would love to have heard her with Django Reinhardt.

Jay Pollock and his band are killer.  His use of metaphor is the best I’ve ever heard, because no matter how fun & random his metaphors might sound, they take me closer to what he’s saying.  Somehow, I feel like I’m the only one who “gets” a line, and when I look around the room, everyone else seems to think THEY are the only ones who get it. I have no idea how he manages to blend obscurity & meaningfulness.  He’s a rare bird.

I’m also part of a casual songwriter’s circle in Toronto, and the list of tremendously talented writers & performers in that group is too long to list. Pop, soul, rock, country, folk, R&B, jazz.  Every night with them is a massive inspiration.

Right now, it’s “You Put A Smile On My Face”.  It’s fun to sing, and by the end, audiences usually join in on the chorus, even if it’s their first time hearing it.  That’s really gratifying.  I find it really hard for write “in-love” songs that have the depth of “out-of-love songs”, as I think most lyricists do, but “You Put A Smile On My Face” brings a smile to MY face every time I play it.

I went to see jazz bassist Rich Brown do a solo show at “Silence” in Guelph.  While he’s a tremendously skillful bass player, what strikes me most is that his playing is so beautiful. That full-length, solo bass show was an emotionally moving experience for me.

Relaxing in a park.  It’s that simple.  I love parks with lots of dogs, toddlers and old folks, chipmunks & geese, and huge trees.

What is your favourite thing to do on a day off?

Definitely, spending time with friends.  I frequently head into Toronto, where I lived for many years, and I’ll have a breakfast with a friend at one of a few favourite spots.  Same goes for lunch & dinner.  Ha!  In between, I’ll visit other friends just to chat.  In the evening, I’ll usually go to see some live music or find a place to join someone else for a song or two.

I’ve had depression for a long time, and although I’m very open about that, I don’t think anyone would ever imagine it to be the case if they saw me perform.  Performing is medicine for me.

I love my life.