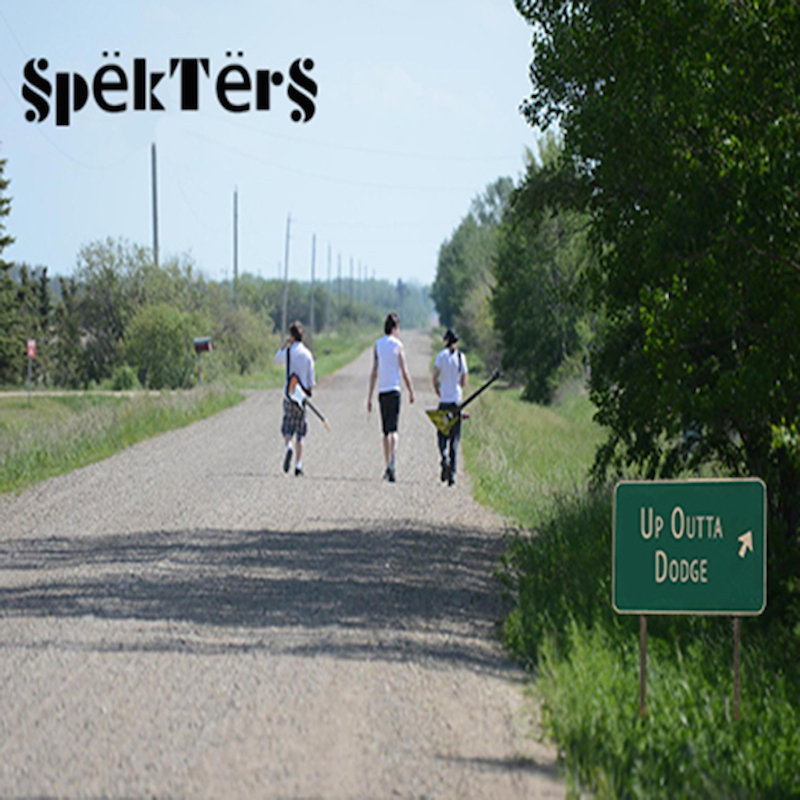 Edmonton, AB based rock band, Spekters released their debut album, Up Outta Dodge in September 2015. The album features eleven tracks and showcases many different sides of the band.

As soon as the album began with the funky rock track, “Come by The Booth”, I was hooked on the beat. I personally had a hard time not grooving along with this track. It’s a fun, upbeat track that would be amazing performed live.

“Sarah’s ‘Nade” is another that caught my attention, it reminds me of a song from 1950’s and shows a different side of the band, but still mixes in the rock that they are growing known for.

As the album played on, I enjoyed each and every song. The third that stood out to me was “Everybody Wants Your Money”, which I found myself singing along with almost immediately.

Be sure to check out the album, and keep an eye out for more from Spekters in the future!