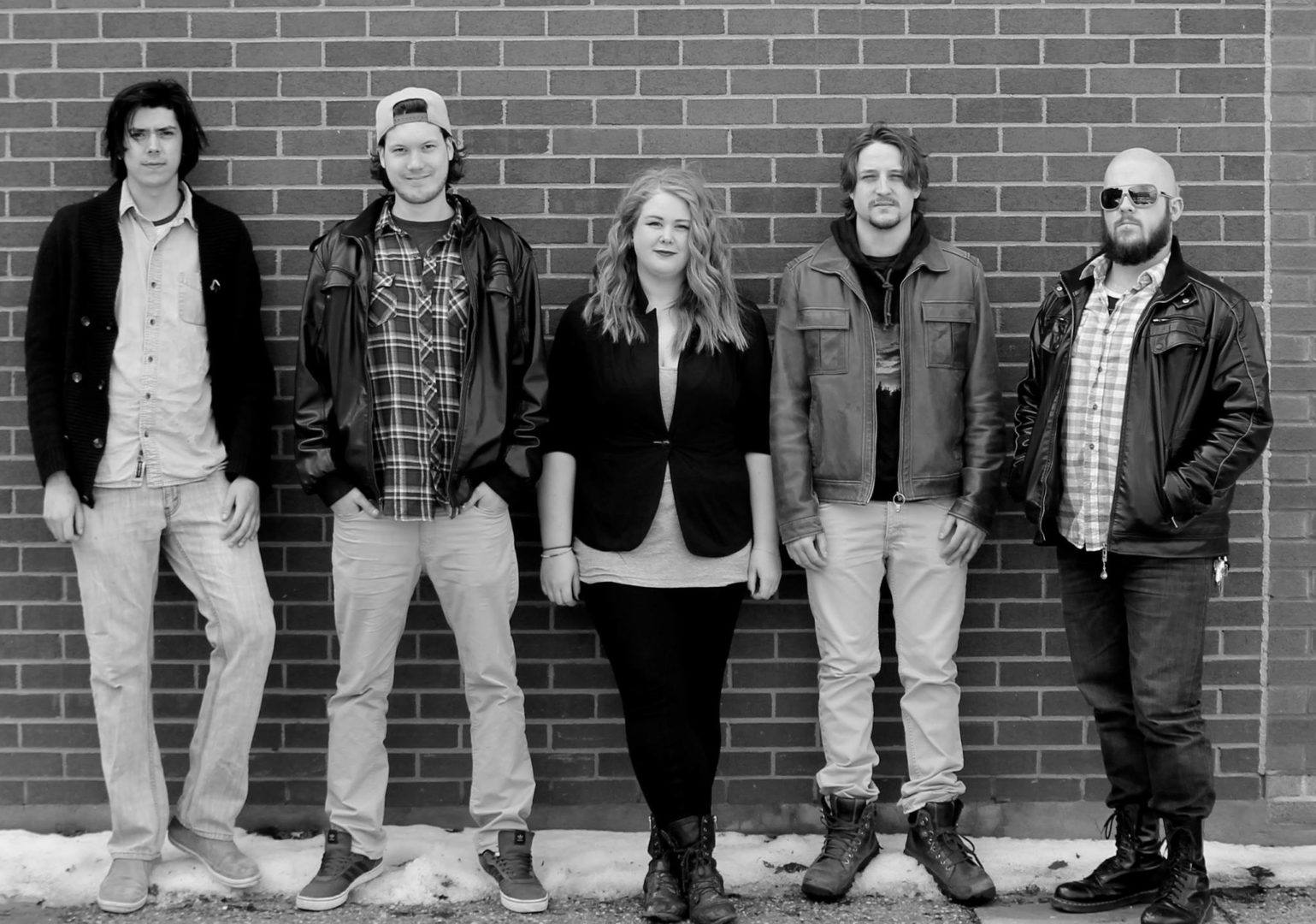 The Tracks are a band who formed in London, Ontario in 2012. They have been working hard together over the last few years, and have recently released their first self-titled recording. The band consists of Sydney Maguire – Vocals, Scott Palmer – Guitar, Ben Neigel – Guitar, Trevor Walker – Drums, and Shawn Durant – Bass. In addition to the interview, we are happy to premiere their brand new video for “Whiskey and Smokes”:

In January you released your self-titled EP, how did it feel to finally see all of your hard work over the last few years in a recording? Tell us about the recording of it.

It feels very rewarding to see our hard work in a polished physical copy, but it was our EP release show that brought it all together. It was amazing to see all our friends, family, and fellow local musicians come out to support us. We also played this show at Rum Runners, which was a big deal for all of us, since it was all of the band members’ first time to play at this amazing venue.

We recorded the first three songs with Simon Larochette at the Sugar Shack, and for most of us, it was the first time in the studio. Then more than a year later we finished up recording the other four songs with Michael Marucci at Sonic Zen Studios.

I see you will be doing a few shows in Ontario very soon, are there any plans to have a larger Ontario tour?

We have previously done two Southwestern Ontario tours with break Loose Entertainment, hitting cities like Hamilton, Brampton, Etobicoke, Kitchener, and Toronto. Right now we are focusing on writing new music for our fans and playing some festivals this summer. But of course we are going to continue to play lots of shows in and around our city, and just keep building our fan base.

I wasn’t able to find much information on your beginnings as a band, how did you meet?

Most of us met through Kijiji. It is one of the best ways to meet fellow musicians looking to get together to make sweet, sweet music. The only people who knew each other before were our founding member, the original bassist, Ben Mclmoyle (he now has a tech role in our band), and our singer Sydney Maguire. They had a mutual friend who played in a band. Sydney would get called on stage to sing and Ben was often at the band’s shows because he ran their webpage. When his band needed a new singer, he called her up (she put up a bit of a fight) and the rest is history.

You recently played a show called “Sing Your Heart Out”, what is this show about?

“Sing Your Heart Out” is a benefit concert that supports Relay for Life. This was the 4th consecutive year this show has been running, and the fourth year we’ve played it. As a band we like to give back and we also hate cancer so it’s a win-win.

What was it like making your recent music video?

We shot our video with Michael Del Vecchio of 331arts at our guitarist, Scott Palmer’s, place of work, which is a warehouse. It was incredible. We knew we needed some professional looking content out there if we wanted to be taken seriously. We can’t wait to make some more music videos and even live videos for our fans.

Tell us a little bit about the first single off the EP “Unmade Plans”.

We recently got a 5th member in our band, Scott Palmer, who plays rhythm guitar. He brought a guitar part to Sydney and she was working on a song that went perfectly with Scott’s part. It was kinda magical how it all came together so seamlessly. This was the first of many songs that they have written together, the start of a beautiful writing partnership.

What is your favourite part of being in The Tracks? Live shows? Making new music? Anything else?

Live shows are definitely the thing we love most. We all get a huge rush from being on stage, and feeling the energy from the crowd. It makes it that much better to be doing it with your best friends. We love getting to hang out with each other, drinking beers, and making music together. We are our own little family.

You are going to be part of Battle of the Bands at Fanshawe soon, how did you get involved in this? And how are you feeling about it?

We like to ask a few questions to help fans get more acquainted with you.

How old were you when you started playing music?

According to my mom I had always been a singer, and I was always in band at school, playing bass clarinet and the bassoon. But it wasn’t until Grade 11, when I accidentally sang through the solo in Bridge Over Troubled Water at school choir practice, that I realized I could sing.

What is your favourite time of year?

I love fall. It’s dry and cold. Perfect weather for sweatshirts and sweatpants! I am also a huge fan of Halloween. We’ve had a haunted house in our garage and I love Halloween movies.

If you could choose a Canadian musician to record with who might that be?

I would probably record with Neil Young because he’s a legend! I feel like he could teach me a lot about guitar, music, and songwriting.

What is your favorite “treat” food?