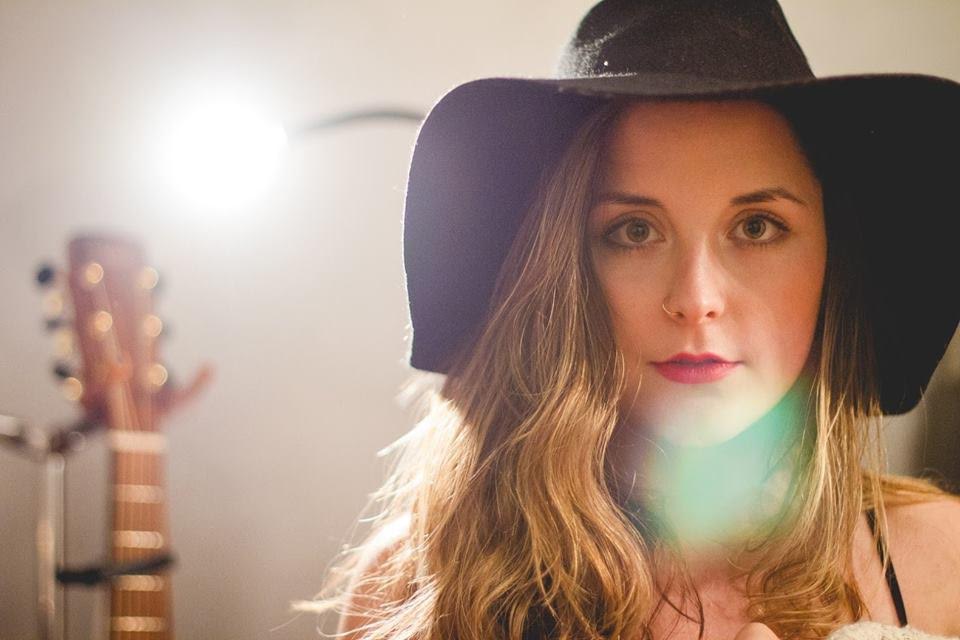 Toronto, ON based artists, Brooklyn Doran, Jessica Speziale & Iliya Vee are heading across Southern Ontario with their Rainboots and RocknRoll Tour, starting on April 1st at the Cameron House in Toronto, and ending ten days later in Montreal.

I had the chance to ask the three of them a series of questions about the tour, and more! Enjoy!

Iliya: While at times it has felt more like music has pursued me, it must have been when I decided to move to Toronto from my small then-hometown Canmore Alberta in search of a more vibrant and competitive music scene.

Brooklyn: I have been making up songs and singing ‘em for as long as I can remember, but I’ve been pursuing music professionally since 2013.

Jessica:  Haha, Iliya – I’m with you there!  Music has been chasing me down since the schoolyard.  I really started performing my own stuff in 2010.

Iliya: One of my more effective methods has been to examine an event in my life that has left me feeling inordinately sad, then exaggerate the characters involved for the listener, and through rhythm and rhyme try to make myself laugh.

Brooklyn: I usually come up with my best lines when I’m biking around Toronto.

Jessica: I’ve written about everything from thunderstorms (like song Brace Yourself) to events songs about the human condition inspired by events halfway around the world (like Streets of Tomorrow).  Unrequited love is one of my favourites.  Looking back at my songs, I realize that a lot of them are about events that have really affected me emotionally – and often written from the other person’s perspective.

You are taking off on tour across Southern Ontario in April, what are you most excited about on this tour?
Iliya: I am most excited about playing new venues outside of the downtown Toronto core, making new connections, and sharing my songs with a broader audience.

Brooklyn: I am really excited to connect with fans in cities that I’ve never played before. I think our gig at Live on Elgin in Ottawa will be a good time.

Jessica: I can’t wait to play with these two lovelies!!  It’s going to be super fun to play the songs in an acoustic setting with Brooklyn and Iliya.  I also can’t wait to see familiar faces that I don’t get to see often and connect with fans outside of Toronto.

What can be expected from one of your live shows?

Iliya: Humour, banter, and rock’n’roll music, coupled and juxtaposed with my more folksy-country tunes. I will also accompany Jessica and Brooklyn on their music when it is appropriate.

Brooklyn: I think it is going to feel like a great big kitchen party! We’re going to be jamming on each other’s tunes, cracking jokes, knocking a few drinks back and rocking some harmonies.

Iliya: I have played both covers and original songs. I cannot answer with a single song title since I’ve learned too many “favourites” over the years, so suffice it to say my favourite artists to cover right now are Beck, Lou Reed, Donovan, The Beatles, and Simon & Garfunkel.

Brooklyn: I’m all original all the time, baby! But sometimes, if the feeling is just right, I’ve been known to rock a cover or two. My favourite songs to sing by other artists are “Everything” by Ben Howard and “Ex-Factor” by Lauryn Hill.

Jessica: Mostly originals!!  But, I’m also addicted to the 90s.  “Ironic” by Alanis Morissette and “One of Us” by Joan Osbourne are sure to make an appearance on this tour!  As well as some Selena Gomez – I’m obsessed with “Same Old Love.”

When can fans in the rest of Canada expect to see you live?

Iliya: This is highly dependent on what the members of The Dreadful Starlings schedules look like. Right now there are no solid plans for a full-band tour, but co-songwriter Nate Davis and I have talked abstractly about heading out to the East coast of Canada as a duet sometime later this year or early next year.

Brooklyn: This August, I’ll be travelling west as a Via Rail musician and hitting the Moose N’ Fiddle Music Festival in Nestor Falls, Ontario. When my new album These Paper Wings drops in autumn, I plan on hitting the road from coast to coast.

Jessica: Hopefully soontime!!!  I’m starting to look at some summer plans for BC and Alberta.

Iliya: Recording the material for the follow-up EP to ‘Shack Up With The Downside’, The Roncy Boys (In which I am a bassist) have plans to resurrect their rock-opera, and Ms. Speziale’s project continues to churn out new videos and singles. So… More content for all!!

Brooklyn: My newest song and video “I Found A Home” is releasing on March 29th through the CBC Searchlight competition. The song was shot and recorded live by Current Sessions Productions on a rooftop in downtown Toronto. The studio version of the song will be released in autumn as part of my upcoming album These Paper Wings recorded at Catherine North Studios.

Jessica: I also have a song in the CBC Searchlight competition!  The song is called “Stay” and was recorded at THESTUDIO with MC2 Records.  I’ve also been in the studio recording a new single (that I’ll be introducing to some of the audiences on the Rainboots and Rock N’ Roll Tour!) and the music video is in scripting. Spring and summer are also going to be brilliant for shows in the Toronto area.