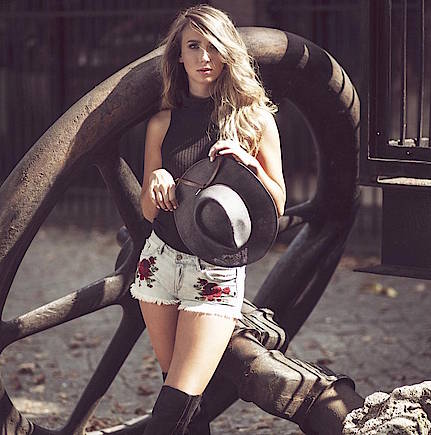 Canadian Beats had the chance to interview the six artists performing at the CMAO New Faces Showcase West, on Saturday March 19, 2016. The event was held at The Bull & Barrel Urban Saloon in London, Ontario. This is part 4 of a 6-part series, featuring each artist. All were asked the same set of questions. It is interesting to see the diversity in their answers.

Today we chat with Shae Dupuy. She is sassy, funny and wonderfully talented. 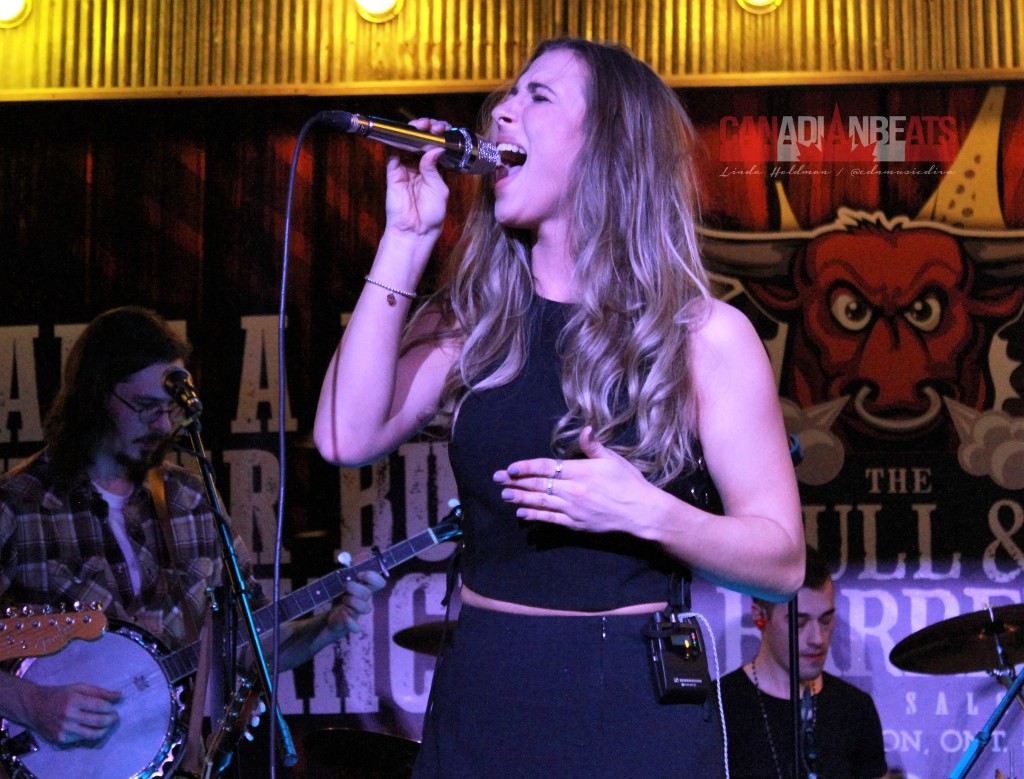 I’m Shae Dupuy from Cambridge, ON, a singer-songwriter that lives, breaths and passionate about music.

When did you first know you wanted to pursue music for a living?

I don’t remember ever really having a set moment where I thought to myself; “this is what I want to do for the rest of my life”. Music has been something that’s just been apart of me since I was young. I would put on shows for all the kids at my daycare when I was young; I used to get into trouble for writing song lyrics in class as early as Grade 6. As cheesy as it sounds, I think I’ve always just known that music was my passion. 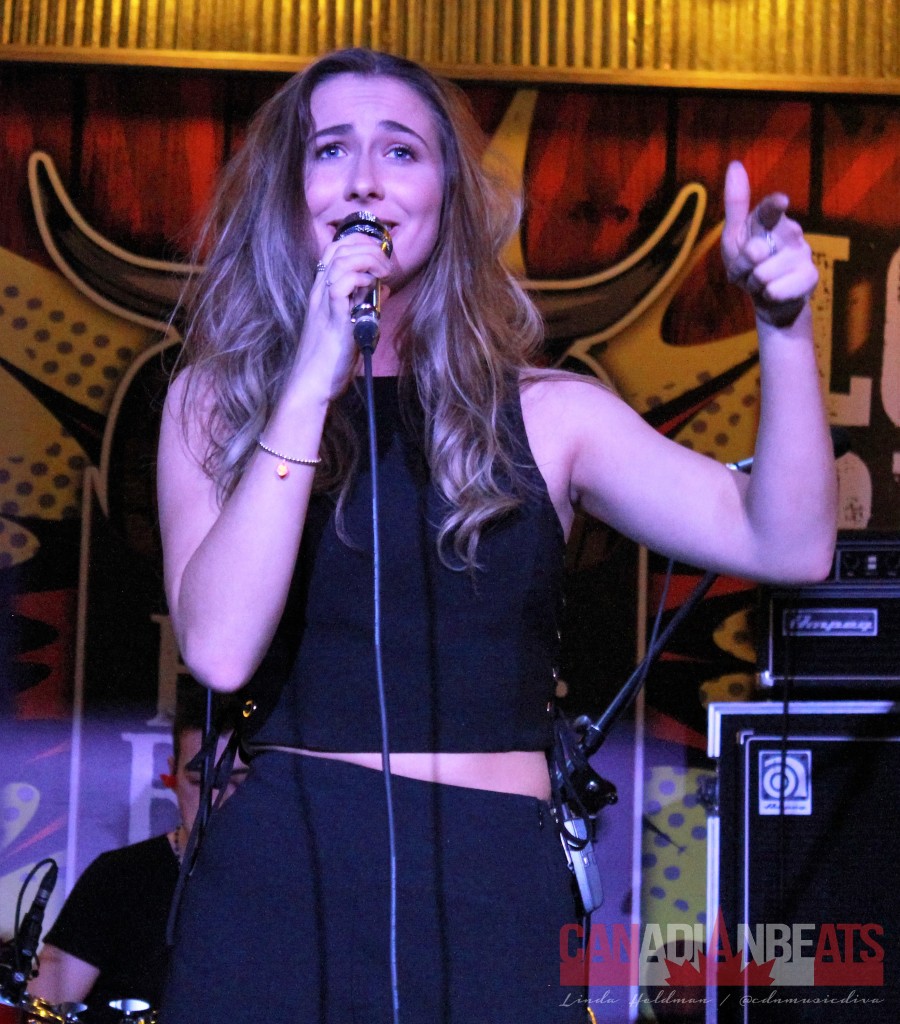 Growing up, Shania (Twain) was my hero. She was my first concert and the first country music singer I started listening to. Right now, there are so many great artist in country music that it’s hard to just name a few. I look up to anyone who is good at their craft. If you’re succeeding in your career and making great music, chances are there’s been a lot of years of hard work that’s gone into that and seeing that success inspires me to work harder as an artist. 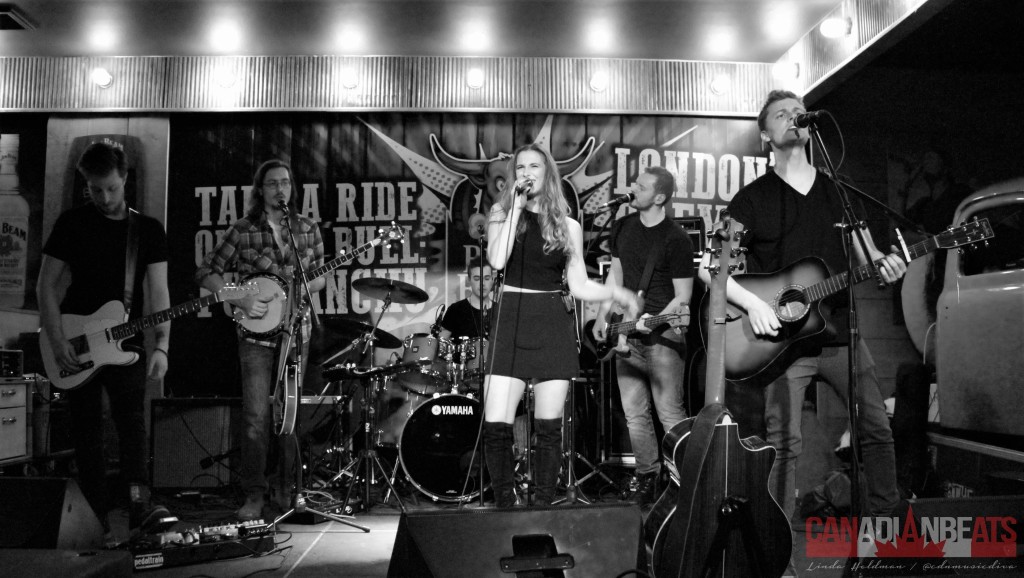 What song, that you perform, best shows us who you are? Why?

I wrote this song called “Homewrecker” a few years back and I wrote it from the point of view of the person who’s ruined a relationship. I find people tend to blame the “other women” when someone cheats in a relationship, but more often than not, this person has no idea they’re getting in the middle of a relationship. The blame should be put on the unfaithful significant other. I love performing this song because it makes you think; I get to change people’s perspective in 3 minutes when I sing it. This song pushes the limits a little bit without crossing the line and I think that’s sums me up as an artist.

As a relatively new artist to the scene, what do you see as the future of Canadian Country Music?

I think country music’s lines are becoming blurred around what we view as the norm and what isn’t really acceptable. You listen to people like Sam Hunt, and Kelsea Ballerini, who are almost rapping in their songs. They have some of the top songs on the charts right now, but 10 years ago that would be pretty much unheard of. Though some people aren’t too thrilled about it and the way country music is heading, I think it gives people so much more creative freedom to find new sounds; it gives us so much more diversity on the radio. I also think because there is so much diversity on the radio, it’s becoming more competitive out there for artists. The same old thing that worked for so many 10 years ago, doesn’t work anymore. It’s forcing people to step up their game, find their niche and really own their brand. I love that it’s going in that direction because not only is it forcing people to take it up a notch, but it’s bringing a whole new demographic to country music. 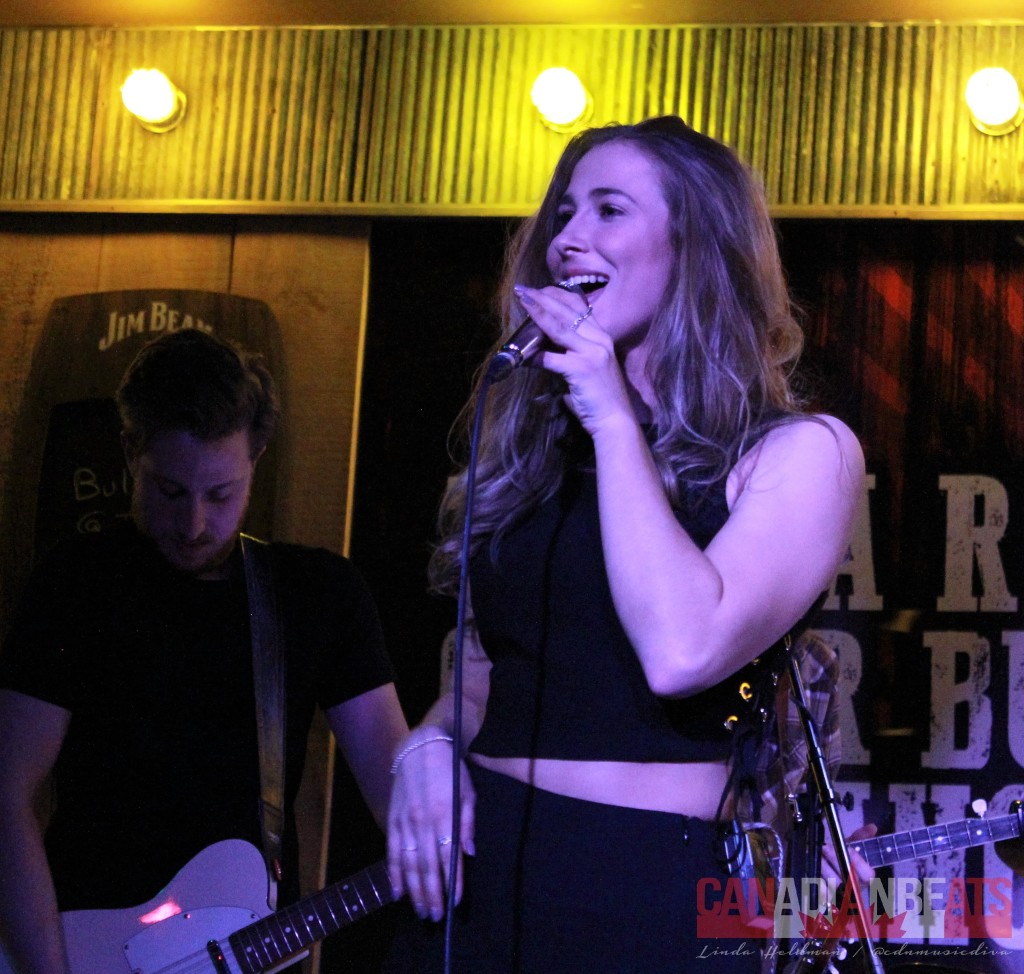 What was it like to get the call from the CMAO to perform in London at the New Faces Showcase West?

I was honoured! I’m always honoured to be apart of CMAO events. It’s such an awesome organization that supports their artists, and to have had this opportunity to play alongside all of the other upcoming artists is always such a cool experience. It’s nice to have the opportunity to all get together in the same place and just do what we love. The showcase gave us the opportunity to do just that.

I currently am travelling back and forth between home, in Cambridge, and Toronto, Vancouver and Nashville in the next few months to write and record for my next EP. The EP will feature my two radio singles, “Tin Man” and “Drink About It”, as well as new songs. Between writing for the project and recording for it as well, and fitting in a few shows this summer, I’m keeping busy! 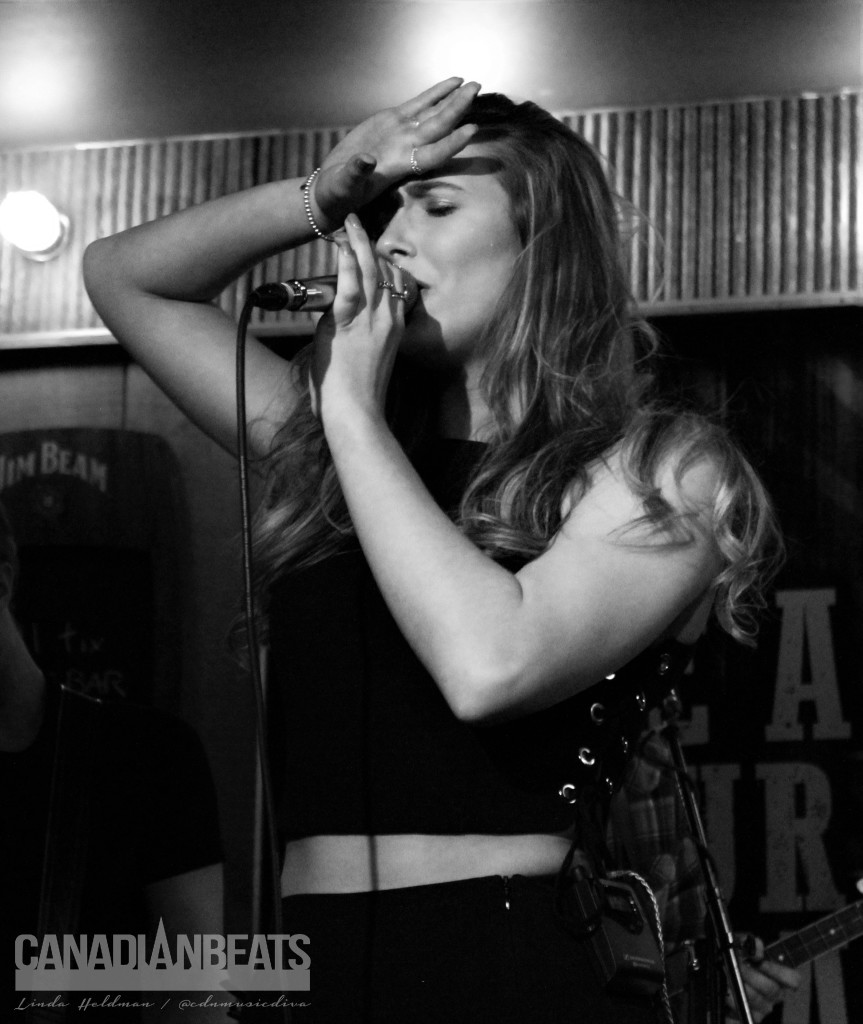 When you are not performing, rehearsing or recording, what do you like to do for fun?

My family and friends are very important to me and I try to spend as much free time as I can with them. I love to read. People don’t really know this about me but I’m such a geek when it comes to books. I get so involved in them and I wont be able to put it down and I’ll end up finishing them within a few hours. I read the whole hunger games series in two days… I really like keeping active too. Whether its boxing, yoga or just going for a walk, I love keeping in shape.

Some musicians name their instruments; please tell us what you play and if you have a special name for your instrument(s)? Is there a story behind the name?

All my instruments have names! I’m a writer so these instruments are constantly being used to help me create. I feel like a part of me has almost been engrained into them. They’ve been in all these writing sessions with me; I’ve really had to open up about my inspirations. Or, late nights when I just needed to get emotions on to a page, they’ve always been apart of that. I don’t see how they couldn’t have names! I have 5 guitars and 2 mandolins, so I’ll spare you the long stories for how I named all of them and just give you the story behind naming my most recent guitar, “Jude”.
One thing that really defines me is that I’m a lefty (Southpaw). My family says jokingly, I’m so far left I’ll never be right. I used to think it was a bit of a downfall, but I learned that left-handed people tend to be more creative; they think with the other side of their brain, which isn’t a downfall at all when you’re a writer and a musician. You look at some of the greatest left-handed musicians out there like Jimi Hendrix, Kurt Cobain, Paul McCartney to name a few… They put out so much impactful music; it makes me proud to be left-handed. So, I figured I would name my new guitar after my favourite song written by a fellow lefty, “Hey Jude”.