Canadian Beats had the chance to interview the six artists performing at the CMAO New Faces Showcase West, on Saturday March 19, 2016. The event was held at The Bull & Barrel Urban Saloon in London, Ontario. This is part 3 of a 6-part series, featuring each artist. All were asked the same set of questions. It is interesting to see the diversity in their answers.

Today we chat with Tianna Woods. This lady comes with a very impressive resume of accomplishments and accolades. I believe what she has done so far, barely scratches the surface of what she will achieve. 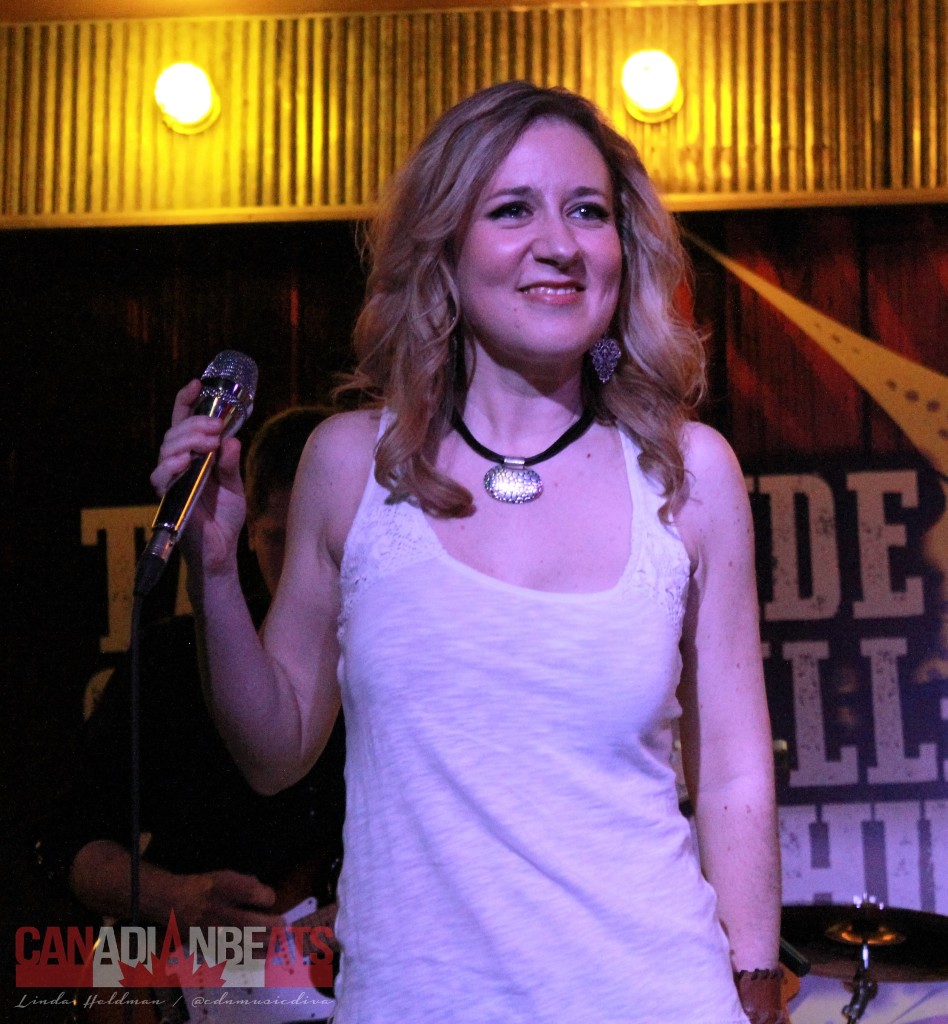 I am a country recording artist, musician, actress, dancer and performer from Burlington, ON. I have been singing, performing and learning instruments ever since I was a little girl, and have had the opportunity to perform in countless fairs, festivals and jamborees in Canada, the U.S. and as far away as Japan. I started out performing in a number of musical theatre shows when I was younger, including the Music Man, Brigadoon, Once On This Island, Anything Goes and That’s Showbiz, to name a few. When I was 17, I auditioned for the roll of “Anne” in the musical, Anne of Green Gables and was given the lead role of Anne which toured in Japan. During the day, I performed with my band for the children of Japan and during the evening I played Anne and performed it in the same theatre the Beatles performed in. It was an amazing experience.

I have released 9 singles to Canadian Country Radio; 2 which landed in the top 100 and was fortunate to receive a FACTOR grant for my self-titled debut album that was released in November 24, 2015. My new EP – titled Bring Your Own Sunshine will be released in April 2016 and will be followed by a cover CD – titled I Got You Covered in the summer of 2016. All of my CDs have been produced by CCMA Award Winning producer Rick Hutt and I will be working with Jason Barry for my next single release.

Currently, I have launched my kick off tour show It’s About Country Music and “Then Some” at the Backstage Capital Theatre in Delhi, ON and at Theatre Tillsonburg-Otter Valley Playhouse and am looking forward to touring the show across Ontario in 2016. The show features my own music, country music through the years and “Then Some” from artists including Merle Haggard, George Strait, Joe Cocker, Dan Hill and many more. It also features the 7 musical instruments I play including – piano, guitar, saxophone, drums, clarinet, fiddle & North American flute as well as my musical theatre background. Special guests include – Country Music Hall of Fame Inductee – Wendell Ferguson, singer/ songwriter – Michael Warren and award winning fiddle player – Linsey Beckett. 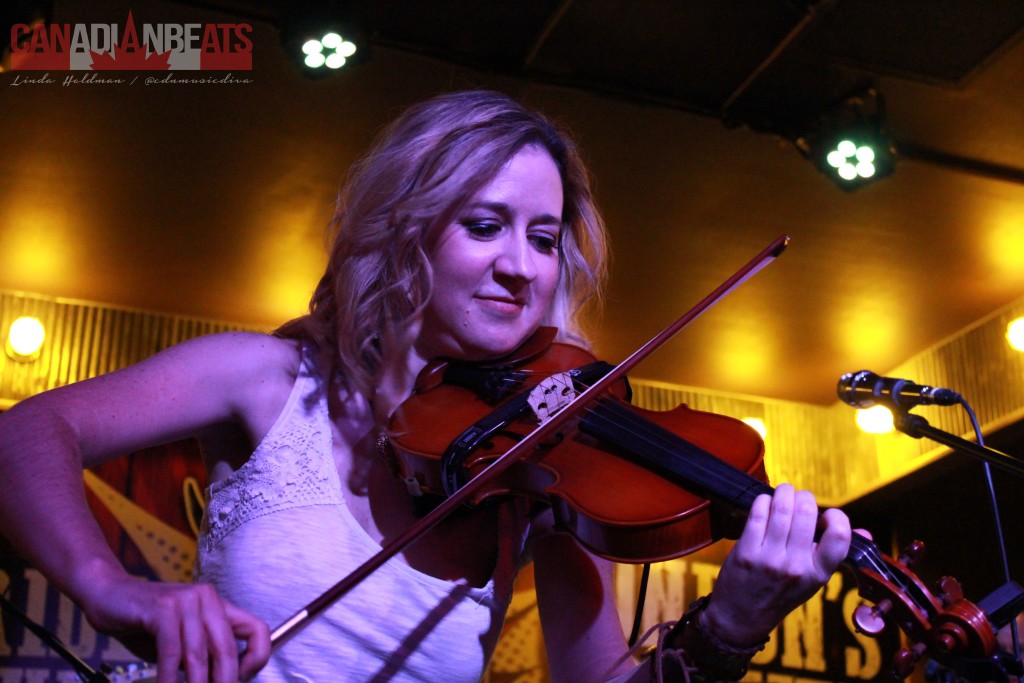 When did you first know you wanted to pursue music for a living?

I have known since I was in high school that I wanted to pursue music for a living. Being on stage and performing has always felt like home to me. I have been taking music lessons since I was a little girl and went to Etobicoke School of the Arts for high school where I triple-majored in music theatre, music and dance. It was important to my parents and I that I obtain a university education, so during school I continued to work on my music craft and graduated with an Honours Bachelor of Commerce degree and a Minor in Music from McMaster University. After University, I started focusing on my music career.

So many artists feel they need to do one style of country music or music in general and don’t have a variety in their repertoire. I think differently when it come to this. So many people have inspired me along the way and you will hear a bit of that inspiration in my songs. I always record and perform music that I enjoy and that brings out the different sides of my personality. I also like performing songs that are fun and paint a positive picture for my listeners. 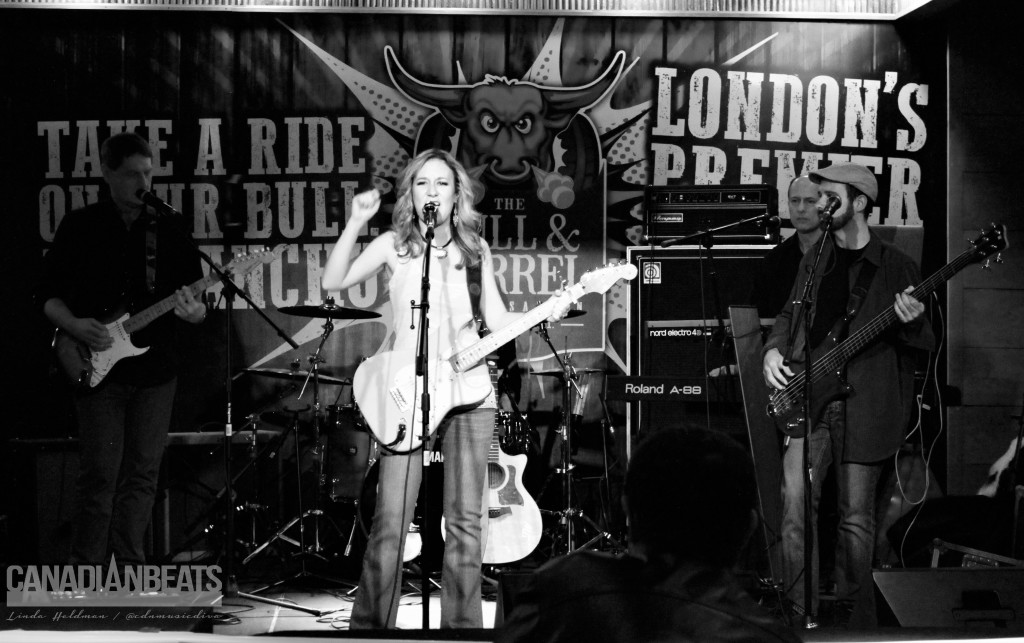 I have so many different inspirations from Canada and the U.S. Some Canadian artists I draw inspiration from are Michelle Wright, Johnny Reid and Deric Ruttan, to name a few. They are each great songwriters/performers and portray a positive image in the industry.

What song, that you perform, best shows us who you are? Why?

I would say “Bring Your Own Sunshine”. It is such a positive song and really my life philosophy. Everyone goes through tough times in life, whether you are going through a break up with someone you care about, dealing with an ill loved one or maybe you don’t like the direction your life is going in. We all go through these tough times. It is the way you handle them that counts. My philosophy is you really have to look at these situations in a positive way. That is what “Bring Your Own Sunshine” is all about. 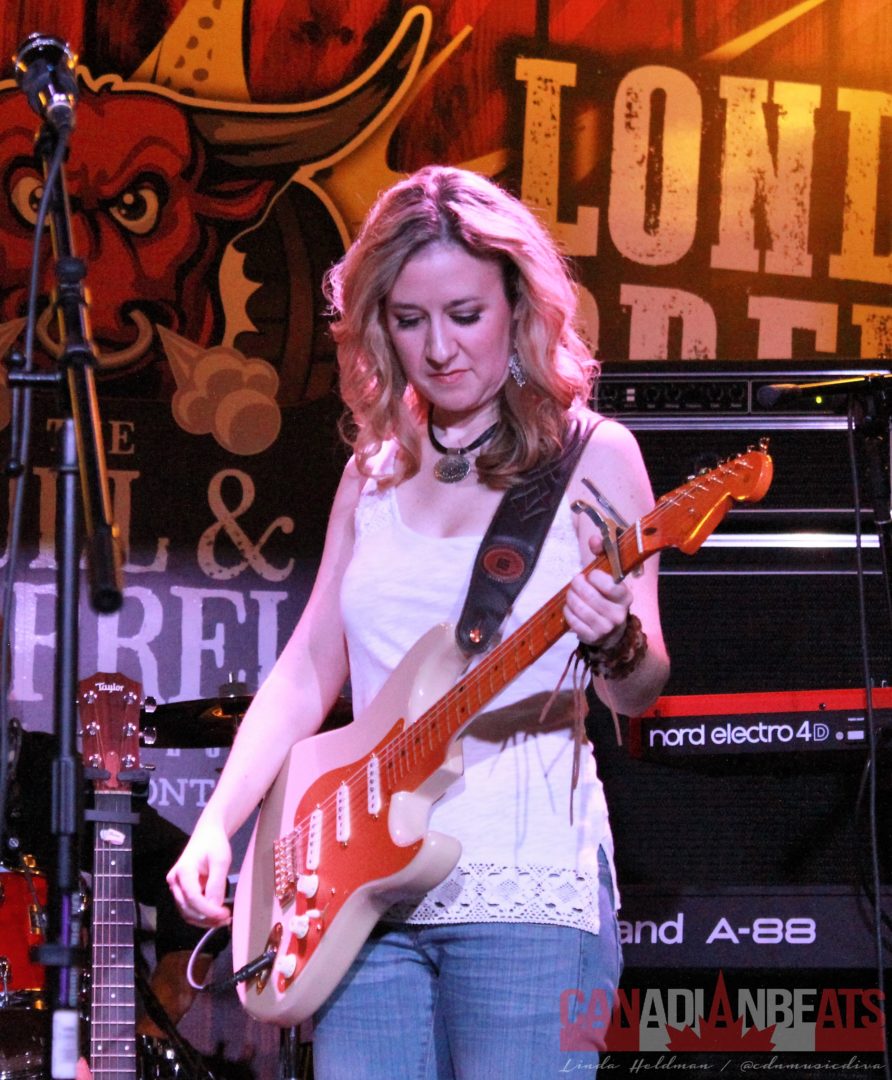 As a relatively new artist to the scene, what do you see as the future of Canadian Country Music?

We have so many great artists in Canadian Country Music and the genre is really growing. I see it continuing to grow in the future and becoming an even bigger part of the Canadian music scene. I am happy to be a part of it!

What was it like to get the call from the CMAO to perform in London at the New Faces Showcase West?

It was great news! This is my second showcase with the CMAO. It is so nice to be part of an Association that is so supportive of Ontario artists and is there to help out when they can. I always tell artists if you’re not a CMAO member you need to join. Thank you CMAO!

2016 is going to be a busy and exciting year! I have a new single that was just release to Canadian Country Radio a few weeks ago. It is called “Right Now” and I will have another one out towards the end of April/beginning of May. My new EP will be released in April 2016 and is called Bring Your Own Sunshine. I am also working on a cover CD called I Got You Covered for the summer of 2016. I will also be continuing my It’s About Country Music and “Then Some” tour across Ontario for 2016 and am getting ready for festival and fair season. Stay tuned for upcoming dates on my website. 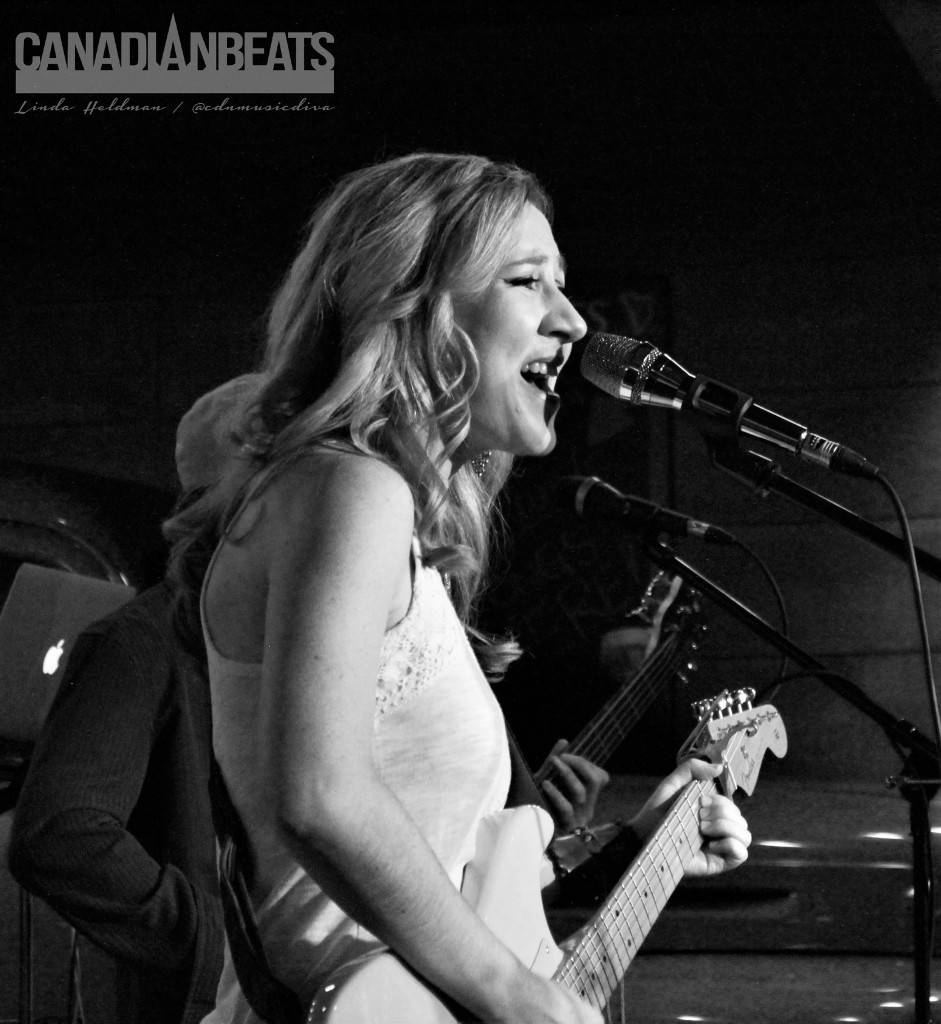 When you are not performing, rehearsing or recording, what do you like to do for fun?

I love spending time with family and friends in my down time. I enjoy going out for dinner, watching movies and going to see other bands/ musicians perform when I can. I also enjoy just relaxing and watching a little TV. My favourite show is Nashville. I love it!

Some musicians name their instruments; please tell us what you play and if you have a special name for your instrument(s)? Is there a story behind the name?

I have been learning and playing instruments since I was a little girl. My mom and dad always said, you can learn anything you want, but there is one rule “you can’t quit”. I sing, play piano, guitar, fiddle, drums, saxophone, clarinet and the North American Flute. I incorporate the instruments into my show when I can so that it makes it more interesting and entertaining. So far I haven’t named any of my instruments. 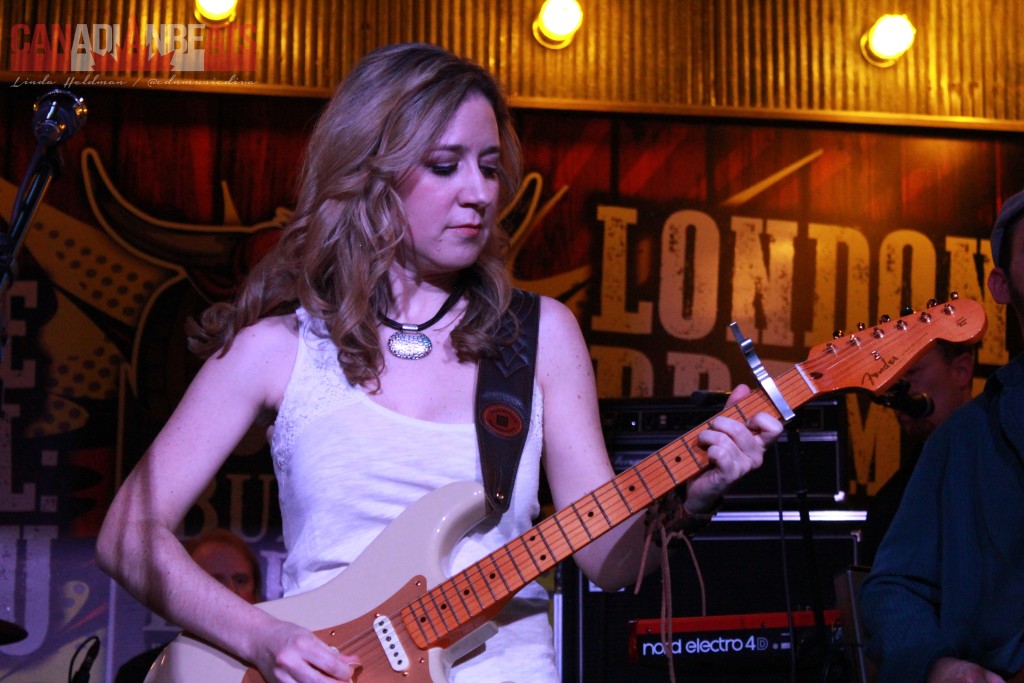