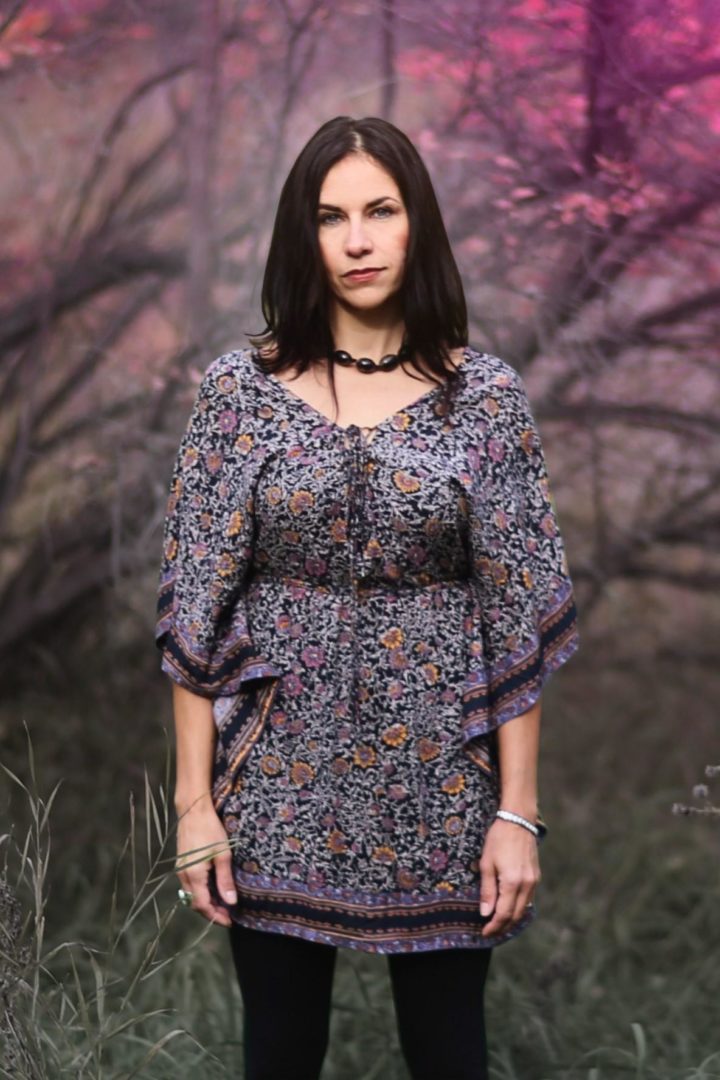 Just over a year ago, Katie Miller released her debut album Silverflower and now she is set to release the follow up record A New Day on March 25th. A New Day is meant to show fans a more stripped down side to Katie, similar to that of her live acoustic shows.

I am a singer songwriter from Esterhazy Saskatchewan. My songs are a direct reflection of my life and those around me on my beautiful prairie land landscape that also inspires my music. I write and perform with acoustic guitar and harmonica while being influenced by many different genres of music. My sound is a mix of folk, rock, pop & alternative country.

The writing for A New Day happened throughout the promotion of Silverflower, was there any doubts on releasing a second album only a year later?

I had no doubts in releasing my second album, A New Day only a year after my debut album, Silverflower, for a couple of reasons. First of all, my live sound really started to develop and get to a place that felt right during the promotion of Silverflower. This was accomplished by having new musicians using different instrumentation join me for my live shows. Although I had very talented session musicians play on my first album, the overall sound (in my opinion) didn’t match up with my musical intentions. Rehearsals with my new bandmates took my sound to where I felt content.

A New Day showcases this new sound. There’s cajon and djembe replacing a full drum kit, a more mellow sound with acoustic bass, less focus on lead guitar and the addition of mandolin. Secondly, I kept writing, and was very anxious to record new material, especially with this new sound that had been developing for my live shows. Choosing to record A New Day at Moose Jaw’s Nebulus Entertainment studio and working with music producer Jared Robinson really sealed the deal, as Jared totally understood my vision for the new sound I was trying to capture.

Why did you decide to give A New Day a sound closer to that of your live show?

I wanted A New Day to capture a sound closer to that of my live shows because it simply makes the music more authentic and honest for me. A New Day also showcases a couple of songs with just me, my acoustic guitar and harmonica. Since some of my live shows are strictly solo performances I wanted the listeners to hear this sound too.

Did you find your live shows during the promotion of Silverflower didn’t match with the sound of the album?

My promotion of Silverflower (for the most part) was with the bandmates that play with me now, and that play on A New Day, so the songs definitely had a more stripped-down feel live as compared with the sound on the album.

How do you hope fans react to A New Day?

I make my music foremost for myself and I couldn’t be happier with the sound of this new album. I write songs to express who I am and my observations of people around me.  The songs that made this album are more honest and personal than ever before, and if I can reach out to people through my music in making them feel less alone in their struggles through life, then I will feel like I’ve really accomplished something. I wanted to reach out even more with this album to a cause that means a lot to me, and have decided to make it a platform for mental health awareness with half of the proceeds being donated to the Canadian Mental Health Association – Saskatchewan Division.

Silverflower gained airplay across the country and even in the United Kingdom. What was it like hearing your song on the radio for the first time? What was your reaction when you heard it would be played in the UK?

I remember hearing my song, “Prairie Sea,” from my debut album for the first time just over a year ago on CBC Saskatchewan Weekend, along with a clip they played that was recorded beforehand on my inspiration for the song. I was definitely filled with a sense of pride and was grinning from ear to ear!  When I got word that EGH Radio in the UK wanted to play my music, I was amazed at how small a world we live in and the impact of social media on indie artists such as myself – which in this case, was the power of Twitter.  I was also quite amused by their British, yet foreign-sounding pronunciation of ‘Saskatchewan!’

I love to perform all of my songs and really can’t say that I have a favourite.

I’ve never really thought of collaborating with anyone yet. We’ll see what the future brings, as I would be open to collaboration for sure.

My earliest musical influences are Canadian legends, Neil Young and Joni Mitchell. My current Canadian favourite is Whitehorse whose live show is killer!