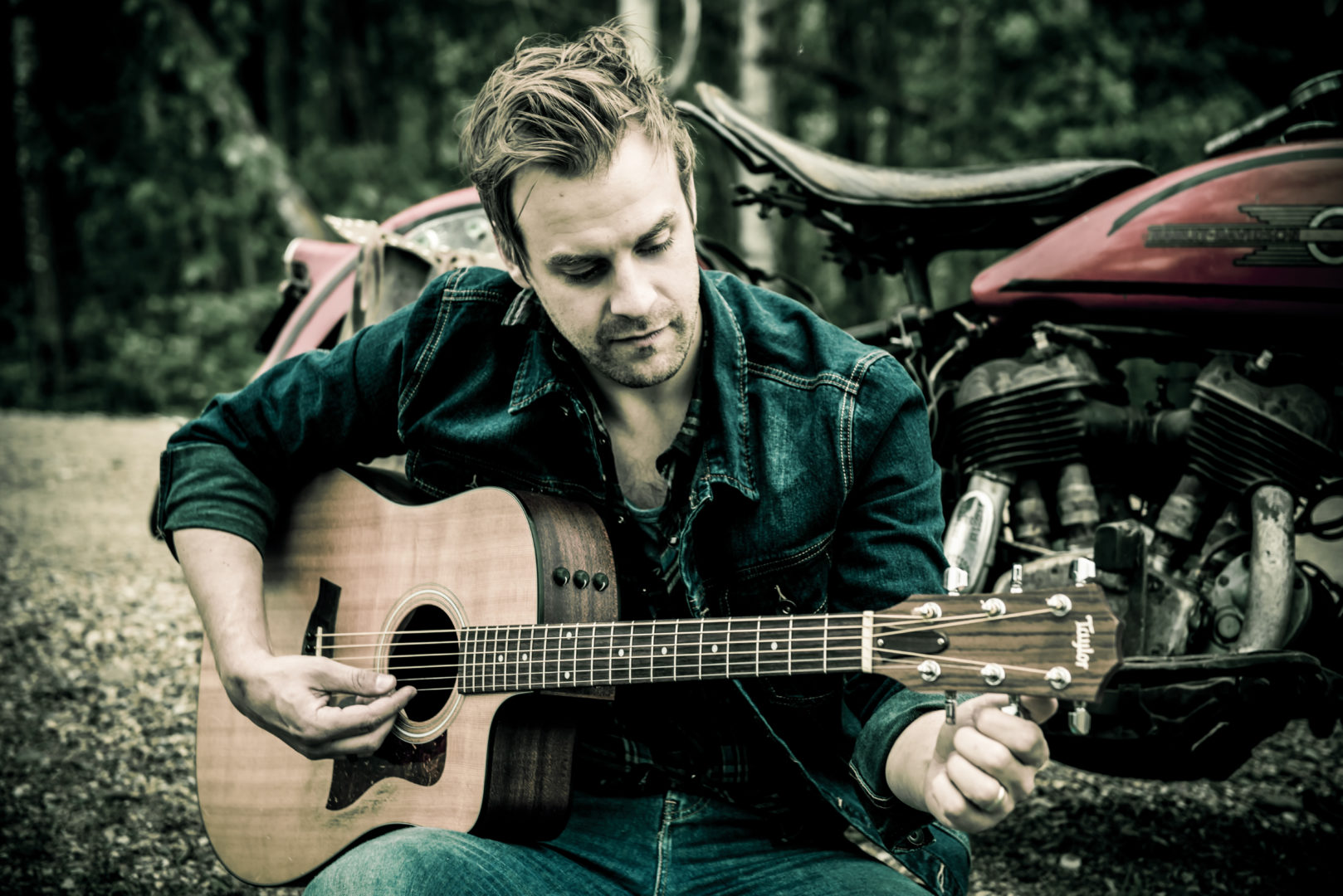 Dan Davidson is a country artist from Saint Albert, Alberta. You may recognize his name from his ten years with indie band and a Canadian Beats favourite, Tupelo Honey. In July of 2015 his first country single, “Unkiss Her” was released and was taken on by several radio stations in the country. He recently released his new single “Found”, which was also taken on by several country radio stations within hours of its release. We had the chance to talk to Davidson about his new music, upcoming plans, and more in this interview. Be sure to check out “Found” and keep an eye on his online accounts so you don’t miss anything he’s up to.

First of all, can you introduce yourself to our readers who may not be familiar with you?

Sure! Well, I’m relatively new to country music, but I’m certainly not new to the industry. I’ve played in a rock band for 12 years and had some huge successes as an indie. We opened for bands like Bon Jovi, had several songs on the charts at radio, iTunes, and Much, and had a tonne of success with TV placements etc. It’s been a wild ride. I also ended up falling into a role as a producer and songwriter working on records for Shiloh, Bryan Finlay, Lexi Strate, and some other label projects (mostly in pop). As I grew as a songwriter and realized that I wanted to release music under my own name I began to fall deeper in love with country music for a few years. After a lot of writing and thinking I decided to pull the trigger on my solo career last summer and it’s been one of the most satisfying musical adventures I’ve been on yet!

You’ve been in the Canadian music industry for quite some time, why did you decide to switch from the indie sound of Tupelo Honey to your solo country work?

After Tupelo released our last album Brave New World in early 2014. That was one of the best records the band had ever done and we were SO proud of it, but I think the guys in the band started thinking about experimenting with some other projects and goals in life. At that time I was already getting into writing country for other artists and started to see how exciting the scene was as I kept in touch with friends in the industry. Throughout my years performing in rock there was actually a lot of cross over with the country world. I got to meet and become friends with artists like The Wilkinson’s (Small Town Pistols), Brett Kissel, Dallas Smith, Tareya Green (Autumn Hill) and some others who have all been extremely encouraging, complimentary and inspiring.

What are some of the inspirations and influences behind your music?

My inspirations aren’t very specific. I try not to listen to intently on an individual artist so I can maintain my own sound and identity. I definitely always gravitate towards great songs no matter the genre. So that might be Chris Stapleton “Nobody to blame but me” or it might be Kelly Clarkson “Since you’ve been gone”. My iTunes playlists are completely bizarre haha.

As for content, I love country music because its not about being cool. Its about bringing people together, having fun and enjoying the experience. So I try to be relatable, fun, and walk that fine line between clever and simple.

The singles that you have released so far have done well in terms of radio play, did you expect this at all?

I didn’t expect it (since I know this crazy industry) but I definitely hoped for it! I’m working with one of the best producers in Canada, Jeff Dalziel (Washboard Union, Alee, Thornley, Tupelo Honey, Ten Second Epic, PRTY H3R0 etc) and he has had 5 top 20’s in country this year – so that gives me nothing but confidence that my tunes can stand up to anything out there!

Can you give us a hint of when we can expect more new music?

Well I’ve got about 7 more ready to rock! I’m hoping to get an EP out this summer, if not, at least another single for the summer time!

Summer festival season is only a few months away; can your fans expect to see you anywhere this summer?

Cant really say too much about that yet BUT lets just say, keep an eye out for some big announcements about a very large Alberta festival coming soon!

Well I just finished a radio tour in Ontario this week, which was a HUGE success! Next up I’m taking a little time with my family over the next month (my wife and I are having a baby right away!).

What are some of the biggest changes you’ve seen in the Canadian music industry over the last ten years?

Well the big one is definitely the digital download thing. Singles and EP’s dominate the industry now. Albums are basically dead to most listeners. There is a resurgence of vinyl but that’s mostly for the more intense music lovers. That’s definitely changed my release strategies.

If you were in charge of a music festival, who would be on the line-up?

I’d love to see a festival like the original Willie Nelson Backyard Picnics or whatever they were called. People were SO worried about the rockers, the hippies and the country fans clashing but it was a massive success. It would be so cool to see a festival with headliners like Stapleton, Muse, Jay-z, and Disclosure or something. I would make it about an appreciation of good music regardless of genre and I would encourage artists to collaborate on each other’s tunes!

If you could interview someone that you look up to, who would it be and what would be your first question?

Man that’s a tough one. I would say Richard Dawkins would be a great interview but as far as people I look up to musically I think  I would interview Jon Bon Jovi. He’s a family man that kept a bands sound alive through the better part of 4 decades of changing popular tastes, band members with addiction problems, etc. My first question would be “What was the hardest decision you ever had to make for your career?”

Thanks for all the fantastic support now and throughout the years! Umm… brush twice a day? Sharing is caring? Stranger danger?