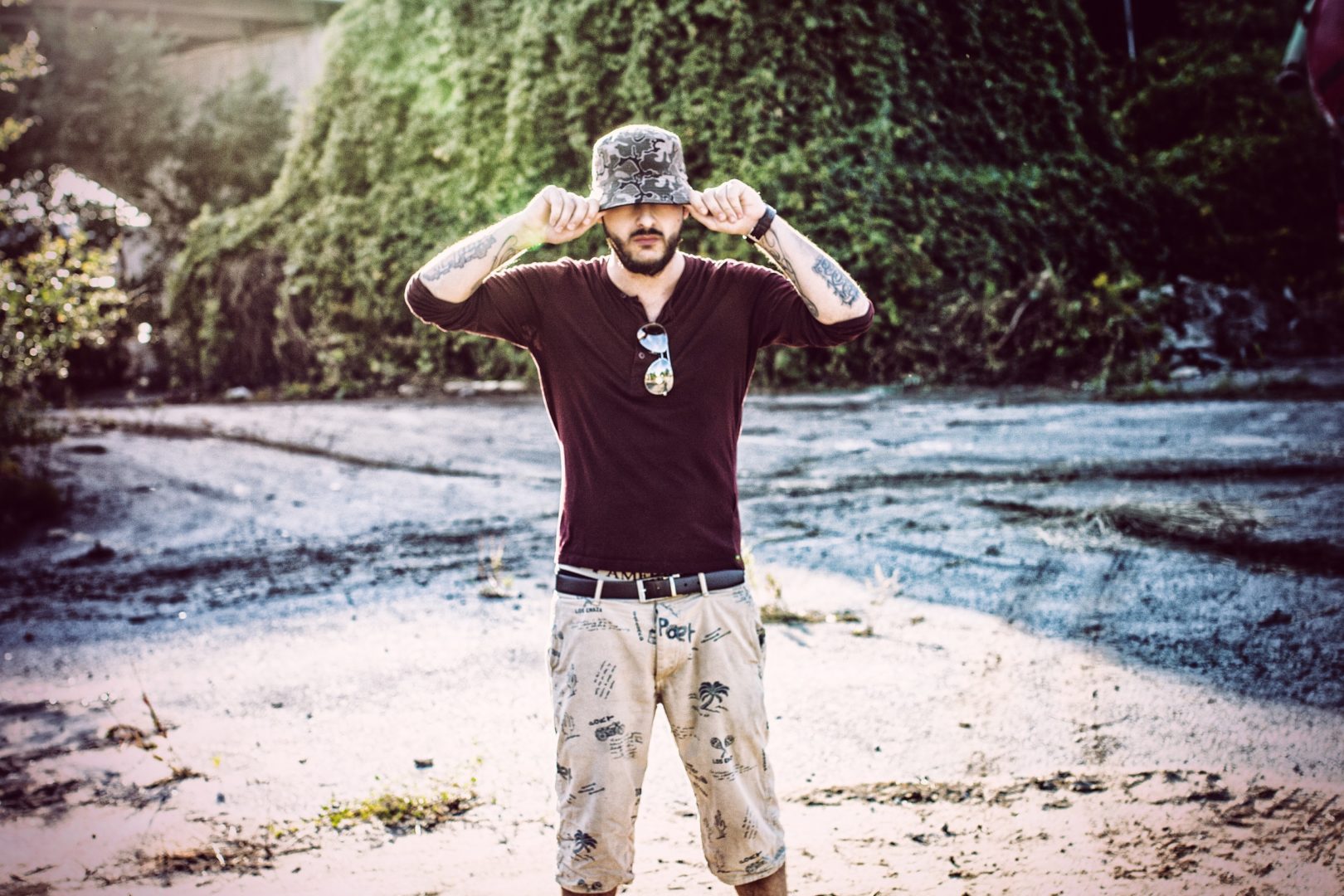 iLLvibe is a hip hop/soul artist from Toronto, Ontario. He released his album Firebreather on February 5th of this year via Aux Records/Fontana North. The album was recorded in his home studio during the summer of 2015, adding to the autobiographical feel of the songs. We had the chance to ask iLLvibe a few questions about his album and some recent shows that he’s done. Be sure to check out his album and his websites below for more.

First of all, can you give us a bit of an introduction for our readers who may not be familiar with you?

Born and raised in Toronto Canada.  I also spend a lot of time in the States and Europe.

In 2015, I won Eastern Canada album of the year from the CUT Canadian Hip Hop Awards, runner up to Drake for Toronto rapper of the year, and won season premiere of CBC’s Canada’s Smartest Person.  My new album Firebreather is available in store across Canada and online.

Why did you want to pursue a career in the music industry?

I have been making music since the mid 90s as a much younger iLLvibe.  Writing is something that comes naturally to me.  I also found that I was quite good at marketing, promotion, video production, and some other areas that are hugely beneficial in the music industry.

What would you say to someone if they asked you for advice on working in the industry?

Learn your craft.  Practice to the point where it is undeniable.  Then begin the research.  Learn the industry, the role-played, the rules, common routes, who do you want to emulate not just in music but as an artist in the business.

You recently released Firebreather, what was the fan reaction like?

It has been amazing.  I was not sure how the retail release of the album would be received as I had never released a project in store.  The countless photos of fans posing with copies of the album and the messages and feedback has been way more than I could have expected.

What are some of the inspirations behind the album?

The album is centered on me finding myself sonically and vocally. I really found a space I’m comfortable in and am writing music that I believe to be something really special I have been listening to a lot of modern soul and atmospheric vibes of late so there is definitely a touch of that in the musicality of some of the songs.  I also really wanted to switch it up with some more live sounding instrument based music.

You recorded the album in your home studio, what was that process like?

That was really the first great decision that made this album great.  In the past I had worked out of some of Canada’s top studios, but at those budgets I was always rushed and never quite at home.  Instead, for Firebreather, what I did was rent all the top of the line equipment and made my home studio industry standard for 2 weeks.  Amazing creative space and time.  Really happy with the results.

You also toured part of Ontario in February and had a show earlier this month with Ghettosocks. What were the shows like?

Touring Ontario is always a blast.  Some of my most enthusiastic supporters are here and I have a long history of playing shows in places like Barrie or London.  We also experimented with new places like Sarnia!  Some shows are packed, some are not, I love em all.

“One Man Army”  is the big live track.  It’s the song most people ask me about and often the best received track of the live set.  I really am able to lose myself on stage when performing this track.

Next up is 35 date American Tour from Texas to Ohio and everywhere in between.  Releasing Music Video content throughout the year for Firebreather tracks and then it’s off to Europe.

I watch The Breakfast Club on YouTube while eating Breakfast every day.

If you could interview a person you look up to, who would it be and what would be your first question?

Russell Simmons – “Can you be my uncle?”

If you could collaborate with anyone, who would it be?

My favorite vocalist is Musiq Soulchild.  My favorite rapper of all time is the legendary Pharoahe Monch.  Either one thanks.

What’s your favourite thing about being a part of the Canadian music scene?

Best part of the Canadian Music Scene is the support from the government to be honest.   The grant system, Factor, Canadian Blast, SOCAN, and other organizations are an amazing resource.  Most countries do not have this much available support.