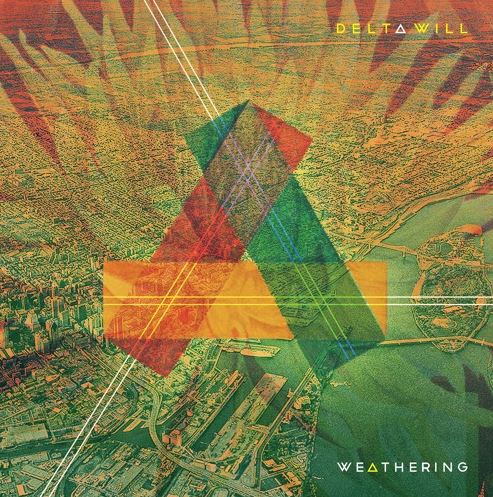 Toronto, ON based rock band, Delta Will is made up of Brandon Johns (Keys/Synth/Bass), Charles Tilden (Vocals/Guitar/Samples/Drum Machine), Milan Schramek (Bass/Gutiar/ Vocals) and Lowell Whitty (Drums). The band released their album, Weathering today. The album consists of eleven tracks which clearly show the talent that Delta Will has to offer.

Weathering starts with an intro “Dawn Song” which has a very electronic vibe, and pulls you in. The second track, “We Were Born” is a mixture of psychedelic rock/ pop that will have fans of those genres intrigued, and grooving along with the beats.

Delta Will shows the ability to merge genres, and create their own sound, which is something that I thoroughly enjoy seeing from bands. “Are We Gonna Make It” has a completely different feel than the rest of the album, and almost has a folk sound to it.

My personal favourites on the album are “A Dream” and “Give it a Chance”, two of the more upbeat tracks that tip the scale towards the pop/rock sound, and also the type of song that you can picture being performed live, and you just know that everyone in the crowd is radiating pure energy.

Be sure to check out this release from Delta Will, and you may just find that song that your playlist has been missing!