By Lindsay Newman on March 17, 2016@https://twitter.com/lindsaynewman_ 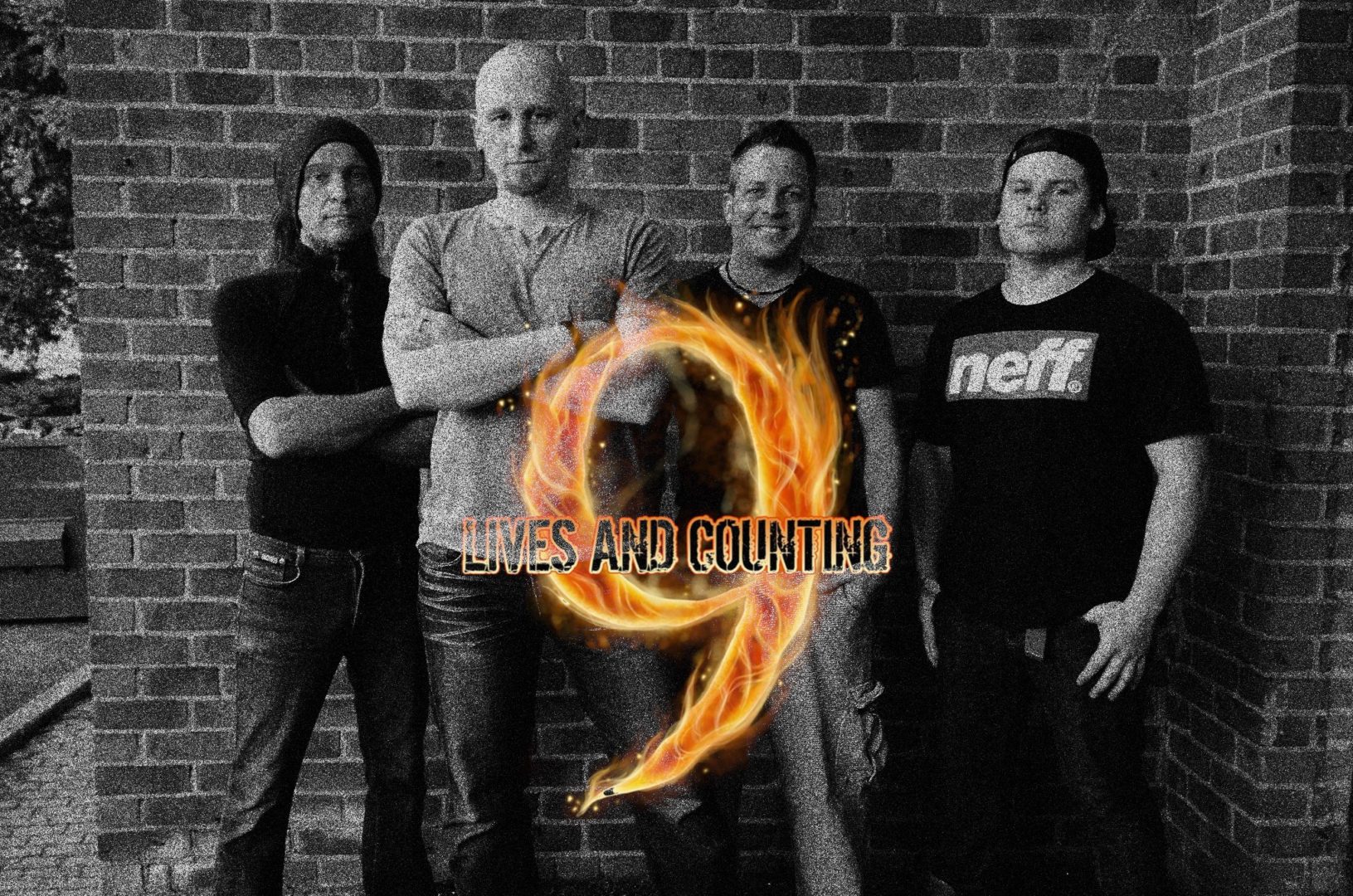 Toronto rockers 9 Lives and Counting formed in 2011 and have made their mark on rock music since. The band consists of Peter Alexander (guitar), Craig Burnatowski (lead vocals), Jason Hutchings (drums) and Scott Everatt (bass and vocals).  9 Lives and Counting is about to head out on tour in April with Johnny Nocash. The band have their tracks available for listening on Reverbnation. If you see that they are coming to a city near you,  be sure to check them out on tour.

How has it been trying to get into the music scene in Toronto?

Toronto is a true make it or break it type of scene.  It takes a lot to gain traction and to get attention amidst all the other great acts.  BUT that’s why we love playing here, every show we meet a new band that encourages us to go back and get better.

What makes your sound distinct from other hard rock bands in the area?

We feel that our music speaks to a huge demographic.  Our songs are relatable – but are not cookie cutter.

Craig – We pride ourselves on complex but accessible riffs and melodies.

How is the band preparing for the upcoming tour?

Practice, Practice and Practice.  Our set is rock solid, tight and we know that the towns we visit will be left with the absolute best impression of what it means to be at a 9 Lives and Counting show.

What made you want to pursue as a music career?

Jason – I have wanted to pursue music as a career since I was 10 yrs old. I feel in love with music’s creative side and loved how it touched people.

Craig – Music is the most important part of my life. To this day I still find songs that affect me emotionally and resonate in my life. The drive to create something that would have the same effect on someone else is intoxicating.

Who are some of the bands influences?

Craig – We all bring our own tastes and favourite bands into the mix and constantly find common ground. Lyric and melodic songwriting influences for Craig include: Sting, Maynard James Keenan, I Mother Earth, and all the other great bands I listened to growing up.

What has been the writing process for your music?

Craig- Instrumentally, the first batch of songs were written by Peter. He will often bring in fully fleshed out songs that we will then tweak collectively. Newer songs have been more collaborative with Scott, Jason, and Peter working on concepts together. Craig will ad lib melodies and lyrics until he feels comfortable enough to take the songs home and commit final lyrics and harmonies to them. New songs will often be played with ad libbed lyrics several times for audiences before they are finalized.

Here are Canadian Beats we like to ask some fun questions. Here we go:

If you weren’t a musician what would be doing?

Jason – I would be a music teacher or an Urban Planner or GIS Analyst, these things still might happen.

What would be your dream tour and why?

Have patience and confidence.  This is a tough business, so you need to believe in yourself absolutely.  Also, be very smart about who you align yourself with.  The industry is very much built on reputation.

Jason – Make sure you have the key elements to succeed. 1. Practice and get good at your craft from writing to playing to performing. 2. Find the right group of people, it’s a business although very fun it requires sacrifice, time, and money and discipline you need people who can do this to succeed. 3. Market yourselves properly from merchandise to Eps and everything in-between make your fans invested, good marketing can draw in people and labels. 4. Have fun at the end of the day it’s a total crap shoot if you “Make it” have realistic goals and expectations life’s too short to not enjoy the little things.

If you could have dinner with anyone alive or dead, who would it be?

Jason – I would have supper with my grandfather (deceased).

Peter – All three of my parents.

What do you love most about Toronto?

Jason – It is the land of opportunity for music, theres lots happening all the time.

Craig – I’ve traveled to many countries and found dozens of places I like to visit. But I’ve never found a place I’d rather live. Living downtown is great… you can walk everywhere you need to go.

Scott – My favourite part of Toronto is living in Milton.

Lastly, what is something you would like to say to your fans?

Jason – You guys are absolutely amazing. We appreciate all the support we receive. You guys make us want to be better musicians, people and make our musical journey that much more special, so thank you.

Share this:
Related Items9 Lives and CountingontarioOntario MusicToronto ON
← Previous Story Video Interview – JJ Shiplett
Next Story → On The Spot with David James